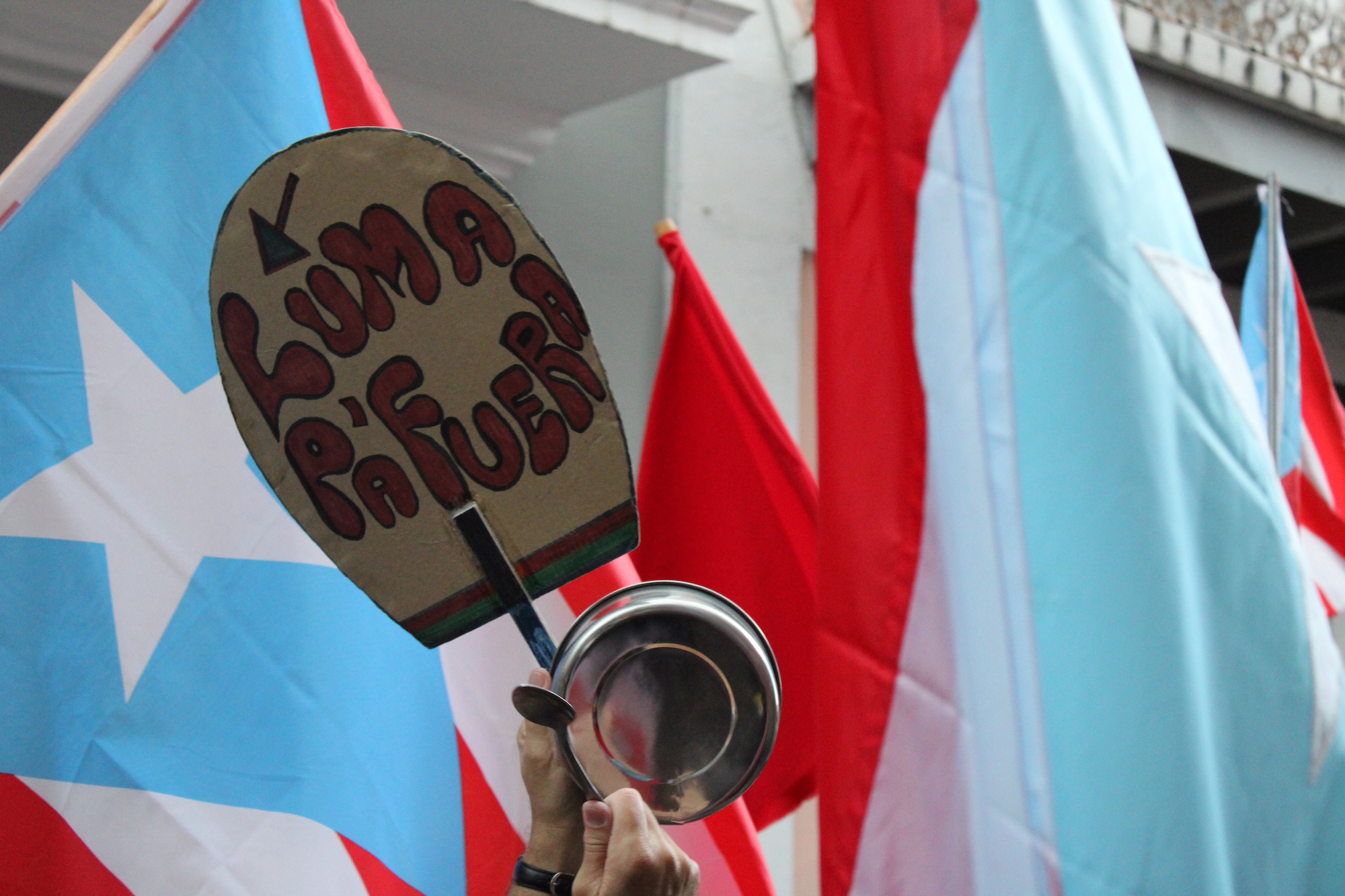 A “Get Out, LUMA” sign from the October 1, 2021 protest in San Juan, Puerto Rico (Photo by Carlos Edill Berríos Polanco/Latino Rebels)

SAN JUAN, Puerto Rico — Fed up with rolling blackouts and the rising price of electricity, Puerto Ricans continue to hit the streets in protest against the Puerto Rican government’s contract with LUMA Energy, while calling for the resignation of Gov. Pedro Pierluisi and the end of the Financial Oversight and Management Board of Puerto Rico (FOMBPR).

Since LUMA Energy officially took control of the transmission and distribution of Puerto Rico’s electrical grid on June 1, Puerto Ricans have seen a sharp increase in the price of electricity and suffered more blackouts than before, when the grid was fully controlled by the Puerto Rican Electric Power Authority (PREPA). On Thursday, the Puerto Rican Energy Bureau (PREB) approved the fourth increase in the price of electricity since LUMA took over the island’s grid. They originally requested a 2.49 cent/kWh increase but PREB granted them only a .007 cent/kWh increase. Gov. Pierluisi has spoken out in favor of the price increase and said PREB “did their ministerial duty.” 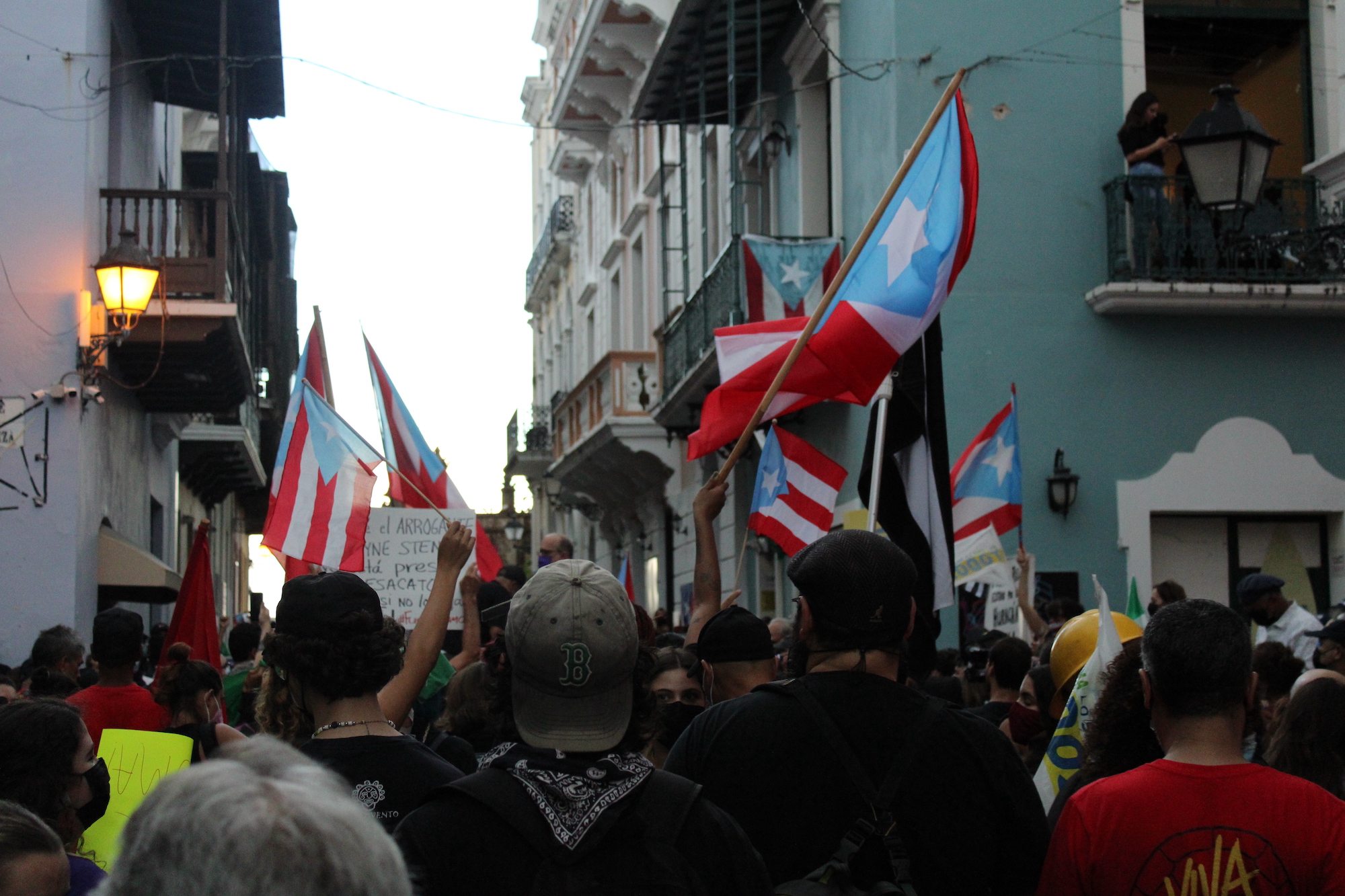 Puerto Ricans have been protesting the privatization of the island’s electrical grid since former Gov. Ricardo Rosselló announced the move in 2018. Most recently, over 32 social justice organizations and workers unions called for an October 1 protest outside Fortaleza, the Governor’s Mansion, in Old San Juan. The Friday protest took place at the intersection of Calle de la Fortaleza and Calle del Cristo, commonly known by many as the “Calle de la Resistencia” because anti-government protests are typically staged there. Two other protests, one in Ponce and another in Mayagüez, occurred simultaneously. 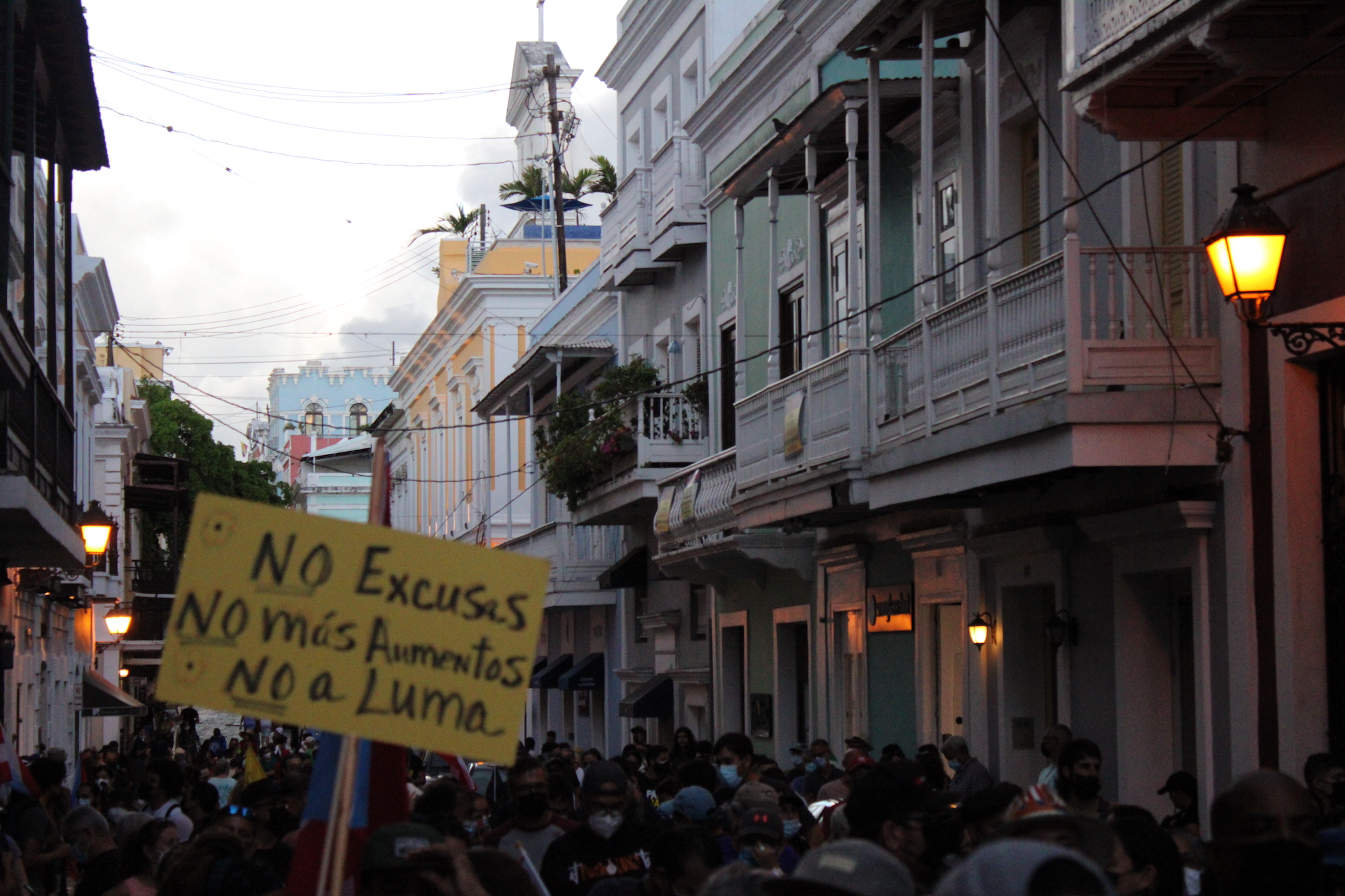 Hundreds of Puerto Ricans gathered at the protest, many of them carrying signs with sayings like “tired of the abuse” and “LUMA is mafia and corruption.” Protesters created a display to “air out LUMA’s dirty laundry.” 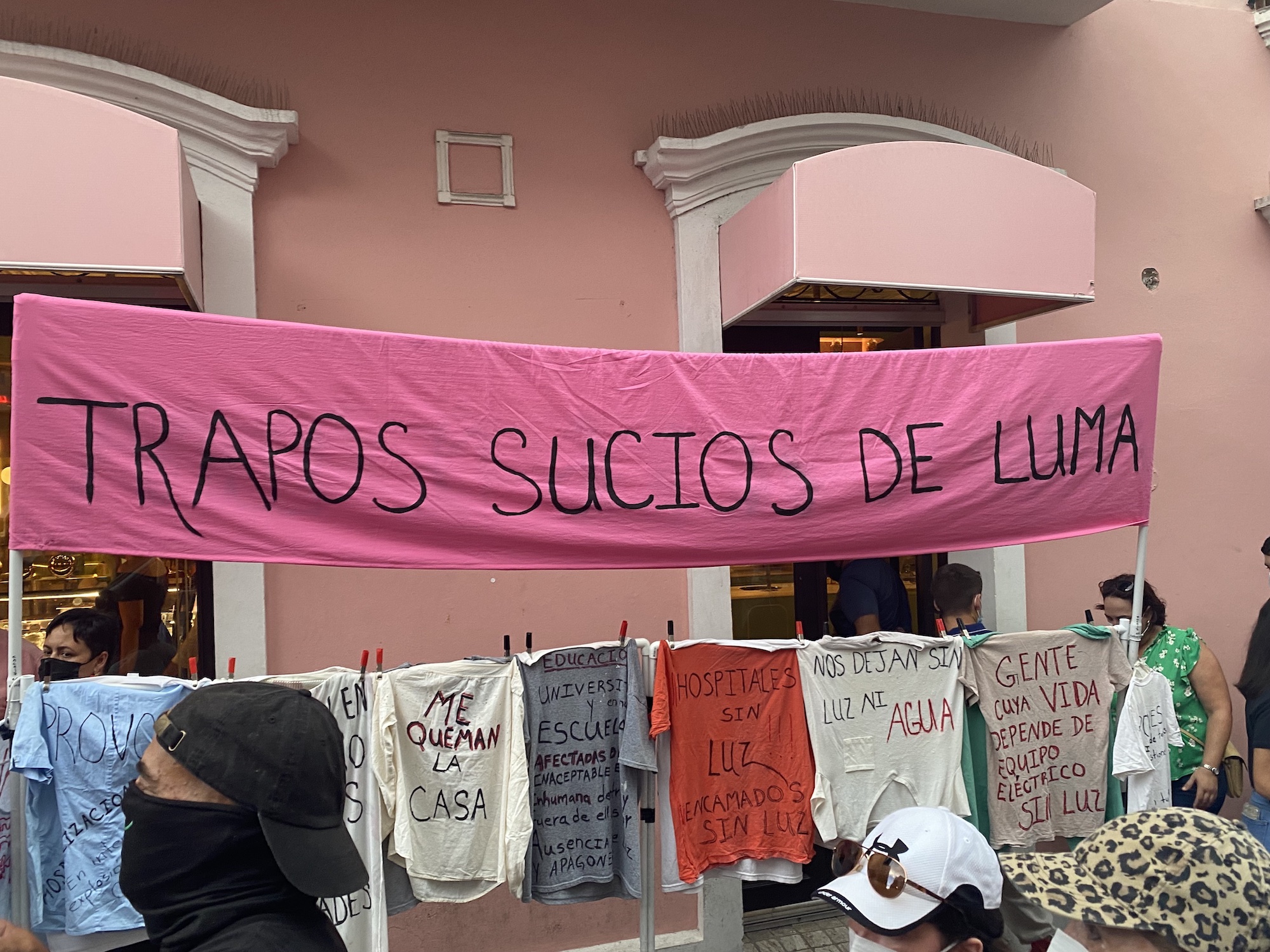 The display consisted of old t-shirts emblazoned with slogans like “people whose lives depend on electronic equipment don’t have electricity.” At the protest, a woman spoke to the crowd about her experiences suffering power outages while undergoing her last round of chemotherapy only to arrive home to find she had no electricity at her home. Another woman described having to care for her bedridden grandmother on the other side of the island while working eight hours shifts and hustling to make sure her family could find a generator to power her grandmother’s home.

“We have to be clear, what the government and LUMA are moving us towards is a crisis larger than the crisis we lived after Hurricane María,” Ricardo Santos Ortiz, spokesman for the Workers’ Socialist Movement, told the crowd.

He just finished speaking but his last point was about the number of people who died because of Hurricane Maria and how LUMA is leading Puerto Rico to an even bigger disaster. pic.twitter.com/0t32aATdac

The protest ended without any arrests but riot cops were called to the line after several protesters started banging on the orange barricade that blocks people from approaching La Fortaleza. Outside of the physical protests, Puerto Ricans have also been organizing “cacerolazos” at 8 p.m. every night, where they bang pots and pans to draw attention to the lack of electricity in their homes.

“They’re driving us from a power utility for one-hundred percent of Puerto Rico to an electrical inequality where only the rich and the upper-middle class will have access to electricity,” Ricardo Santos Ramos, former President of the Electrical Workers’ Union, said.

The former president of the UTIER spoke of the collective energy and electricity of the people instead of using individual electric sources (generators). He also calls out “Jugando Pelota Dura” (a mainstream media program) and shows his support for “Proyecto Sol” pic.twitter.com/i6phhMQv71

Students have been some of the most affected by the power outages, so much so that they organized a protest at the University of Puerto Rico-Mayagüez to demand the institution go into academic recess until the power outages stop. Many of the students noted that the power went out in the middle of them completing their coursework, making it impossible to finish on time. When they brought up these concerns with their professors, the students alleged the professors were “unsympathetic” to their troubles. The university protests succeeded, forcing the Dean of the University to call for a moratorium on all exams and other evaluations until Monday, October 4, 2021.

A 56-year-old man died in Río Piedras after receiving an electrical discharge from a downed cable while collecting avocados from a tree near his house. While they offered their condolences to the family, LUMA Energy President and CEO Wayne Stensby did not accept responsibility for the fatal accident. Community members from the man’s neighborhood had been denouncing the lack of maintenance on electrical lines for weeks in that area. Lack of maintenance on downed electrical lines has been a common issue. Earlier this year, a woman was unable to get into her home for more than 56 hours after power lines fell in front of her door after a windstorm. 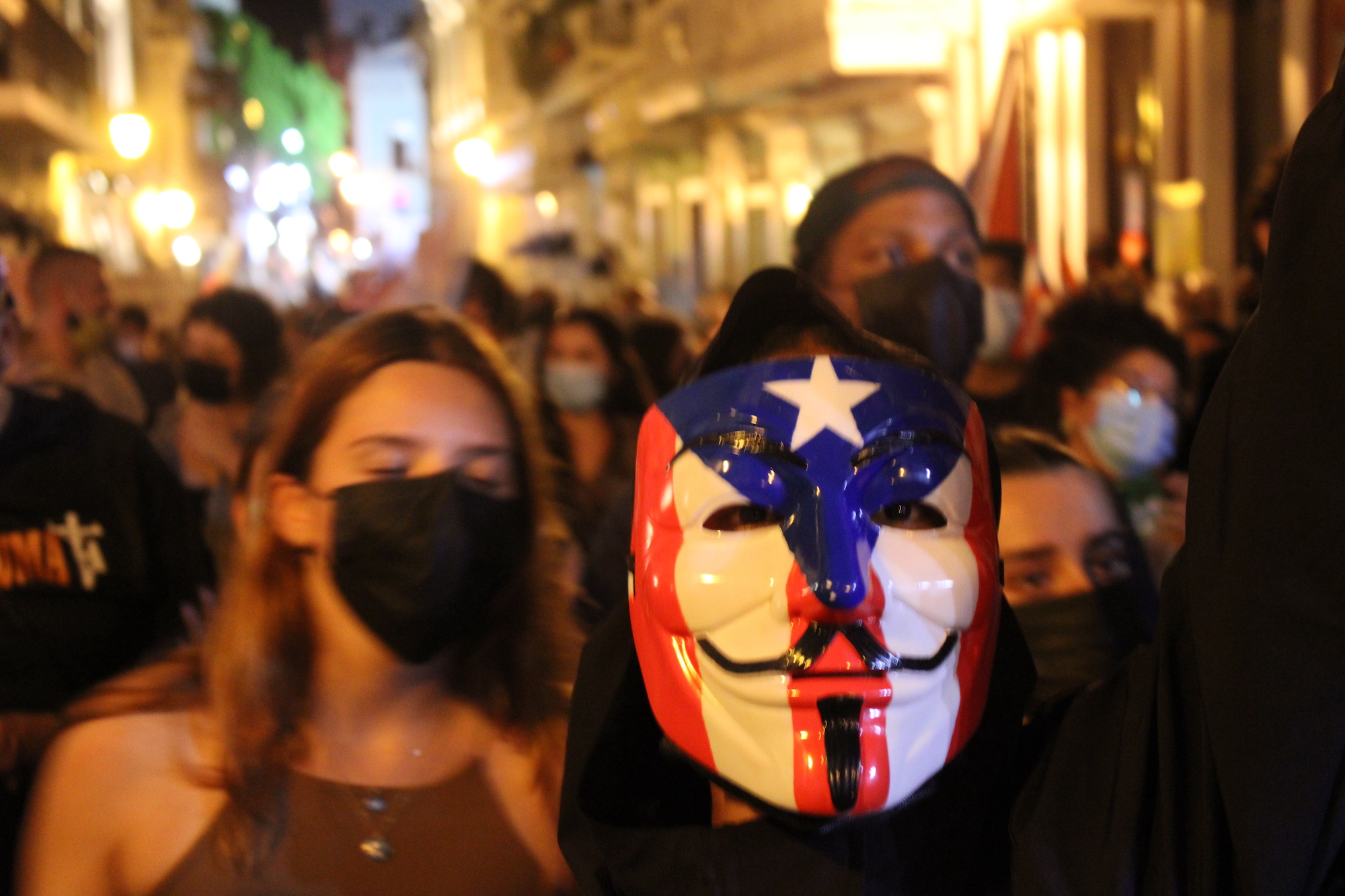 The continued power outages and increase in the price of electricity across the island have bred a growing state of unrest among Puerto Ricans on the island. Anti-LUMA protests since LUMA took over in June have drawn hundreds of protesters and even more support for the movement has been shown across social media, both from people on the island who were unable to attend the protests and from the diaspora in other countries.

Carlos Edill Berríos Polanco is a freelance journalist, mostly focused on civil unrest, extremism, and political corruption. He can be found on Twitter @Vaquero2XL.