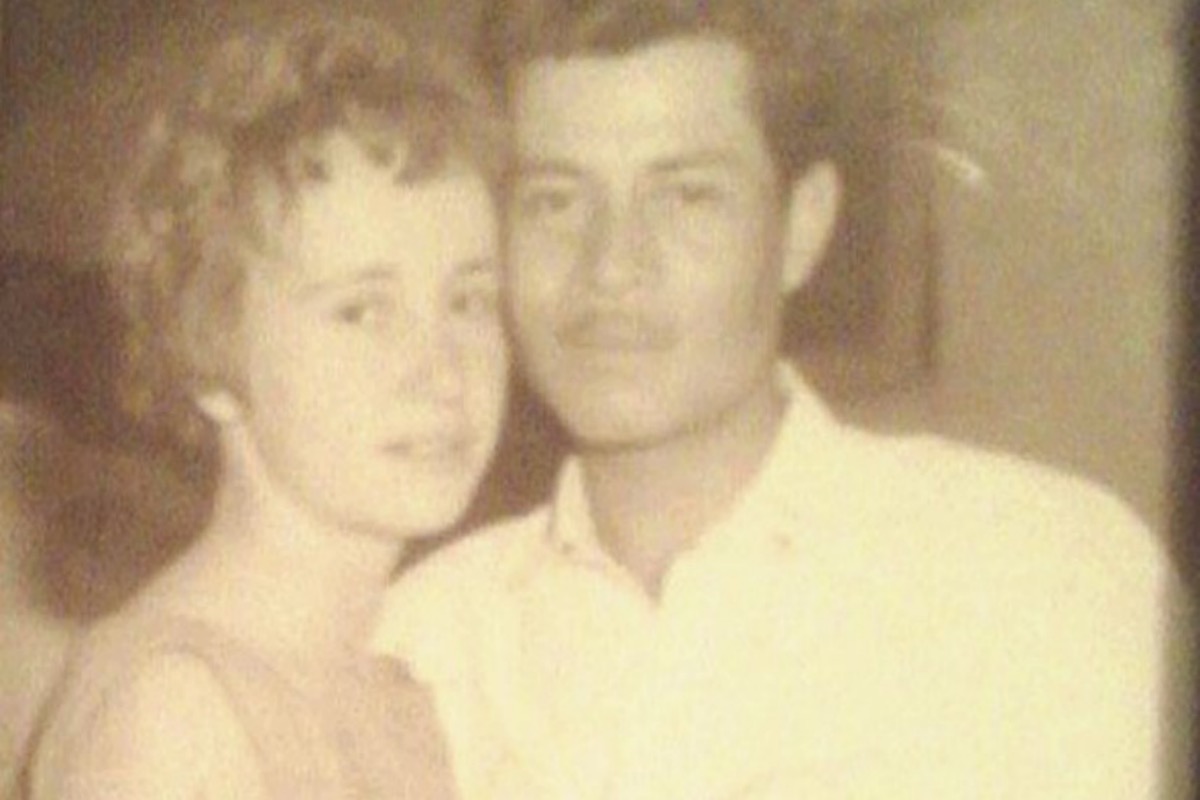 An earlier version of this article first appeared on Medium

I’ve been reading a variety of articles on the topic of Hispanic Heritage Month, a majority of them focused mostly on labels accepted and rejected by Latinos —from Hispanic, Latino, Mexican American, to the new term Latinx— instead of sharing and highlighting the Latino community’s amazing contributions, history, and stories which, after all, is the purpose of this month.

While I understand the reasoning behind fitting in terms to include black or Afro-Latinos, indigenous, and LGBT in the history of the accomplishments of all Latinos and Hispanics, not just those whose descendants can be traced back to Spain, it’s also equally important to realize that by politicizing this important month, which comes only once a year, we are also dismissing the stories that many could learn from and identify with.

This focus on division is what inspired me to share the following story that I have been researching for a few years now with the purpose of writing a book on my family’s genealogy, history, and the little-known contributions they made along the way.

My Family’s History in Mexico

The following story is focused on my maternal great-grandparents, primarily that of the father of my maternal grandmother, my great-grandfather Martimiano Flores Gamboa, an advocate for workers’ rights and land rights in Mexico. He was born around 1911 and murdered in September 1949 for his land rights activism in the municipality of Súchil, in the Mexican state of Durango.

I had a conversation with my grandmother Guillermina Flores recently to understand the story of her father Martimiano. She shared with me some of her early childhood memories of her father. 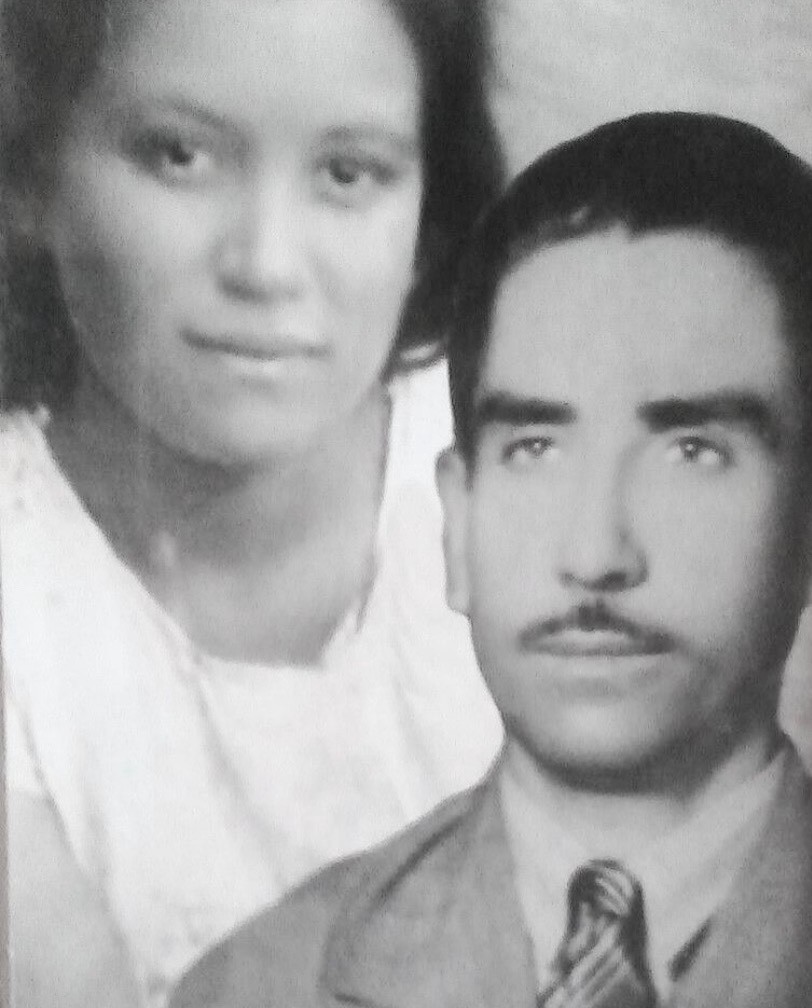 Martimiano was known for his early activism, especially for farmworkers’ rights and land rights. From what my grandmother remembers of him, he was always busy working, either tending to his lands or advocating for land rights for farmers and ranchers who owned land in and around Súchil.

My grandmother Guillermina, who we call Guille or Mina, remembers wearing a colorful Mexican dress one morning with the colors of the Mexican flag. Her father picked her up and held her for a photo that was published in a local paper, in which the photographer referred to her as “güerita,” or blondie, due to the light blond hair she had as a child. She doesn’t have a copy of this photo nor of the newspaper, though the memory stays with her as one of the few times she recalls spending time with her father before his untimely death.

My grandmother learned more about her father through stories her mother would share as well as the stories told by locals. Her father Martimiano left alone to Mexico City to advocate for the people in his community, especially the farmers and ranchers. He pushed for their right to own and farm the land, which would create jobs and sustain families in the municipality.

Martimiano went on a hunger strike in Mexico City to pressure the federal lawmakers to honor the Mexican constitution and give land rights back to the people who rightfully owned them. My grandmother recalls her mother telling her that Martimiano would not leave the city and return home empty-handed, nor would he take the lawmakers’ empty promises, but waited to make his journey back with one of the men in charge of the state-owned ejidos, who would make sure those lands were properly given to the people to work and live off of.

Martimiano is said to have arrived in the capital with almost nothing, and it was thanks to the generosity of a protest group led by men and women in the city that he managed to survive his month-long advocacy work, including the successful hunger strike.

Activism at a Cost

Martimiano achieved land rights for people in his community and was nominated for president of the municipality. On Inauguration Day he was murdered, shot in the head by two men —one would be detained for a number of years, and the other would be murdered himself outside his home one year later, according to stories. Though the reason for the second man’s murder was never known, people saw it as karma for having taken the life of a father and leader who gave people livelihoods to support their families.

My grandmother recalls her mother saying that when her father Martimiano returned from Mexico City, he came back with what looked like a small Bible that her mother wanted to get rid of, until he stopped her by saying: “They fed me while I was there. I’m keeping this as a memory of how this was achieved.”

We never learned the name of the protest group that supported him in the capital. If they still exist today I’d like to thank them on behalf of my great-grandfather and his family.

Martimiano had three sons and a daughter, my grandmother Guillermina. One of Martimiano’s sons, my late uncle Raymundo, later served as president of Súchil from 1986  to  1989. Much like his father, he too was inspired to make a difference, overseeing the construction of roads and the creation of jobs through farming and small businesses before his passing. A ceremony was held in his honor, with his favorite horse kneeling by his casket.

Though Martimiano’s advocacy made a difference for an entire municipality, it was not recorded in any of Mexico’s history books or on Wikipedia, which does list his son as president. His death, however, was recorded by an unknown composer who wrote a corrido, which his family keeps a copy of. I recently found a copy myself uploaded to Ancestry.com by a distant family member in Arizona, who moved there decades ago.

Martimiano’s story has long intrigued me and inspired my own activism for victims of violence, as well as migrant rights and farmworkers, and that’s what I remember most as this Hispanic Heritage Month comes to an end.

May we all have the courage to advocate as my great-grandfather did so many years ago.

Gia Santos is a bilingual writer and editor, and an advocate for immigrant rights and victims of violence. She is the co-founder of Artists4Freedom. Twitter: @Gia_Santos_