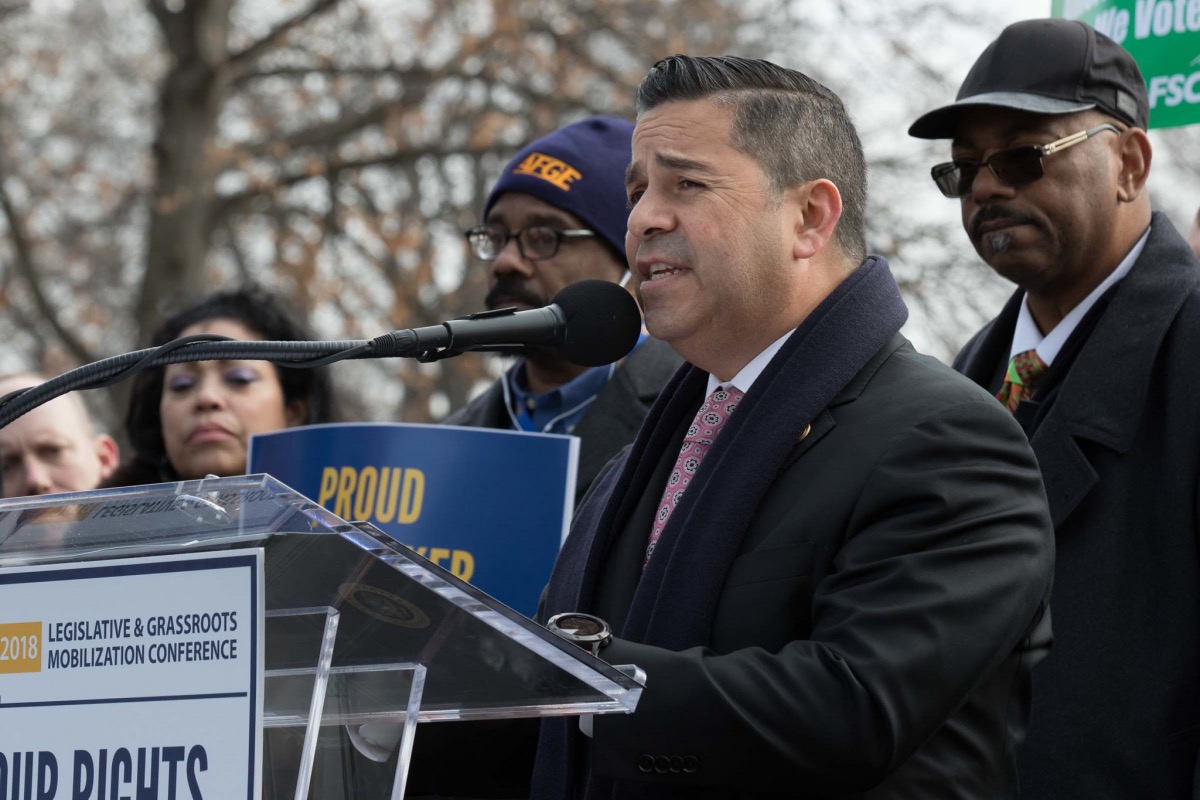 Editor’s Note: This is the first in a series where we ask members of Congress about the Latino vote.

WASHINGTON, D.C. — Donald Trump overperformed with Latino voters during the 2020 election. Nearly one in three voted for his reelection last year, alarming Democrats and vindicating Republicans.

“Part of our issue in the last election was we couldn’t go door-to-door,” said House Speaker Nancy Pelosi (D-CA). “But regardless of that, we should be paying a great deal of attention.”

“Some of the issues are newer issues to the discussion. That Latino community is a young population and we really have to reach out better to young people as well as the Latino community.”

Pelosi deferred to the Congressional Hispanic Caucus (CHC), a group of 38 Democrats in the House and four in the Senate chaired by Rep. Raul Ruiz (D-CA).

Latino Rebels asked CHC member Sen. Ben Ray Luján (D-NM) —who, as a former Democratic Congressional Campaign Committee (DCCC) chair, was instrumental in the Democrats’ regaining control of the House after the 2018 midterm elections— to give us his thoughts on what accounted for the rightward shift by Latino voters in 2020 and what Democrats should be doing to prepare for next year’s midterms.

“If you extrapolate the voting data from Latino voters during the 2020 cycle and you look at voting performance in Arizona, Michigan, and Georgia, you see how well President Biden performed [with Latino voters]. That’s what the data shows:

Number two, the success that we have when we won back to a majority in the U.S. House of Representatives was built on reaching out to voters in communities early and aggressively across America, and that included Latino outreach.

We reached out to communities in both English and Spanish, even in English where you know, that’s how I grew up speaking. It was English and Spanish words that were intermixed. We were very aggressive early on not just in oversampling from a polling perspective, but engaging with listening sessions and establishing both the qualitative data and addition to conference of quantitative data and doing it early.

We opened up outreach headquarters in districts in the spring of the off-year, to begin to work with voters. So I’m very proud of what I have seen and of all that we began to build in the ’16 cycle and in the ’18 cycle, and how strong Latinos showed up to support President Biden and Vice President Harris in 2020.

I think there’s opportunities to build going forward, and it’s important to go out and reach out and connect with people and earn their support as we demonstrated that we can do that. And the numbers have consistently improved.

On the subject of the 2016 and 2020 cycle, one thing that studies have shown is that the polling was highly inaccurate, especially with regard to the Latino vote. We asked Sen. Luján if he though the Democrats should be thinking of using different polling vendors.

“When I had the honor of chairing the DCCC, the work that Dan Sena did in 2016 working with Kelly Ward, and in 2018 when Dan Sena was [DCCC] executive director, one of the untold stories is that we had some of the most accurate polling in the country because we were oversampling,” the Senator said:

We developed tools that Dan Sena had put together to better understand data and to identify where those failures existed in the past.

What has been written about that I agree with regarding failures in polling from previous cycles is that a lot of pollsters did a poor job measuring rural voters. They would find some rural voters in one part of a state and they would extrapolate them to say that the voting behavior [was true] of all rural voters in the entirety of the state. They set themselves up for failure and built inaccurate data into their assumptions.

We began to correct that, but if you extrapolate that mistake, what happens if pollsters can’t get Latino voters on the phones in all parts of a state or all parts of a district?

We remind everyone every election cycle: we’re not a monolithic community, the Latino community.

Even when you’re in a city you’re going to have whether it’s Mexican Americans, Puerto Ricans, South American, Central American —wherever you may be from, you need to make sure you’re going into those parts of the community to understand what’s important to people.