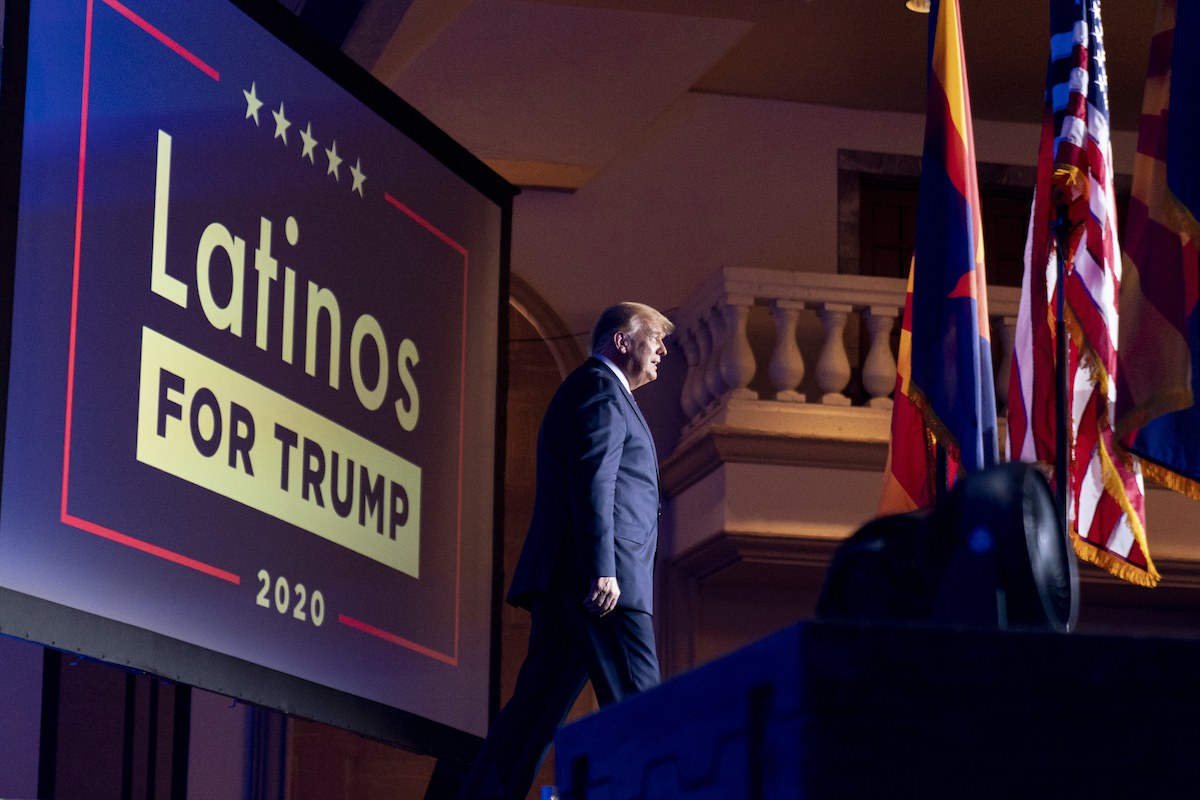 On Friday morning, political research company Equis shared with Latino Rebels an extensive 63-page analysis of the 2020 Latino electorate that is one of the more detailed and comprehensive postmortem studies about what is still a very misunderstood group of voters.

News of the study’s publication was first reported by Axios’ Jonathan Swan, who noted that the data in the study “that the coronavirus pandemic may have helped drive former President Donald Trump’s surprising increase in support from Latinos last November.”

While the Equis analysis does cover the issue of Trump’s Latino support, it also dives deeply into other takeaways that confirm what many observers of Latino voters have been saying for years—the growing Latino electorate, which experienced a historic turnout last year, is still very persuadable because there is very little overall outreach investment in the community.

“We saw Latino voters on the margins of the overall electorate. They are harder to reach, they are harder to poll and they are easier to ignore,” Carlos Odio, co-founder of Equis Labs, told Latino Rebels. “There are lessons even for us to dig deeper and look at other layers, getting to voters who are seen as invisible become more visible in the data.”

Some of the key data takeaways from the study include the following:

“Many observers of the Latino electorate have always been talking for years about the potential volatility about of Latino voters,” said Odio, who along with Equis co-founder Stephanie Valencia,  is a former member of the Obama administration. “What caught people by surprise in 2020 is seeing that swing happening in real life. There is part of the Latino electorate that is more persuadable than we assume, and if Republicans make the effort to reach out to these voters, they will find some results. The simplest answer for Democrats is to treat Latino voters like the persuadable voters they are.”

“You got to give Latinos the suburban white voter treatment,” Odio added.

Last November, Odio appeared on Latino Rebels Radio and discussed many of the questions Equis was beginning to explore as part of a 2020 postmortem.

The basis of this new Equis study involved more than 40,000 interviews with Latino voters across 12 states. The study confirmed what other studies have already concluded: that the Biden-Harris ticket won about two-thirds of Latino voters nationally, although Trump-Pence did see 202o Latino precinct shifts in states like Nevada, Texas, Florida, Wisconsin, Arizona, New Jersey and even liberal bastion Massachusetts. 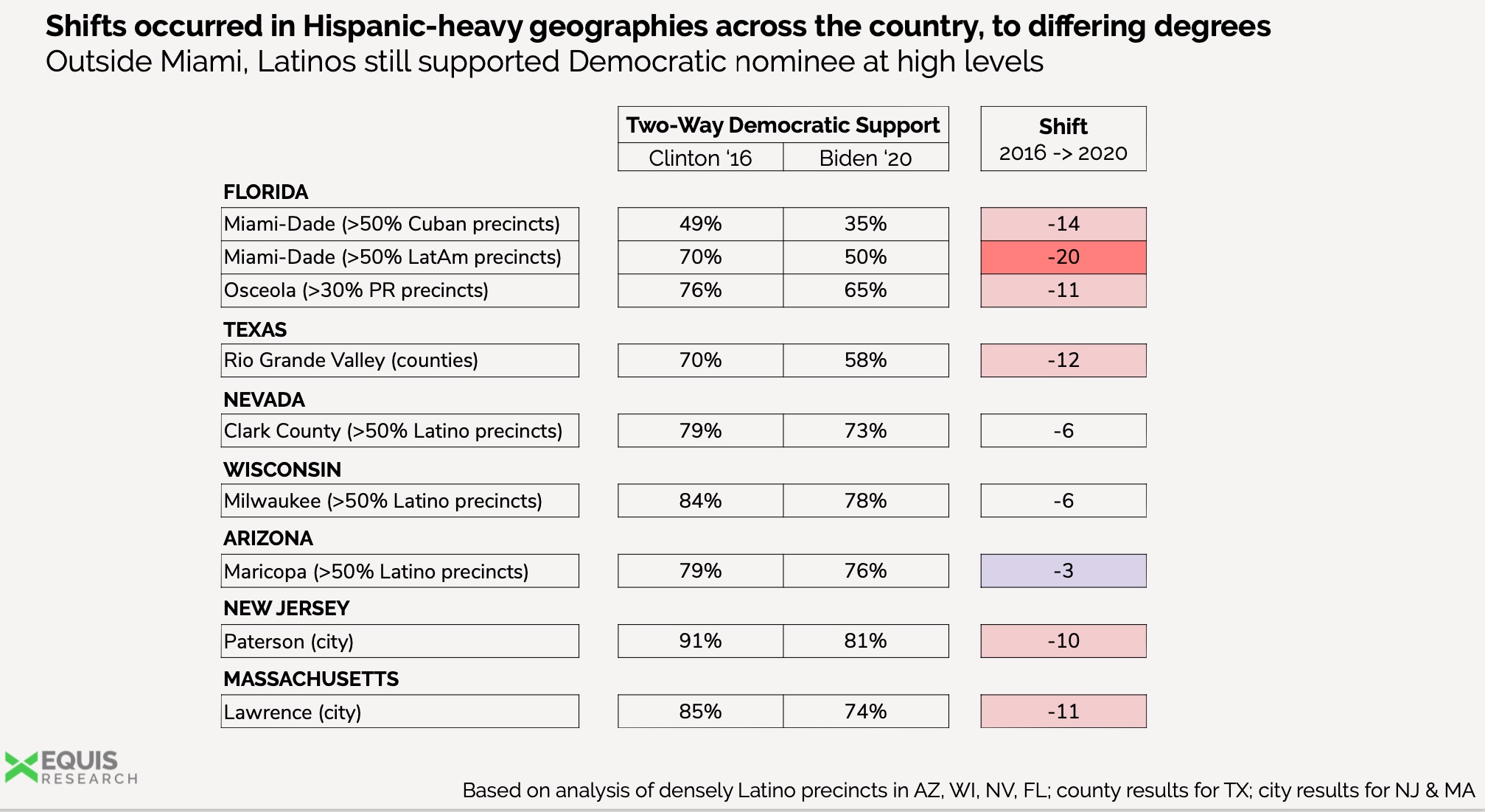 This is the complete Equis analysis: