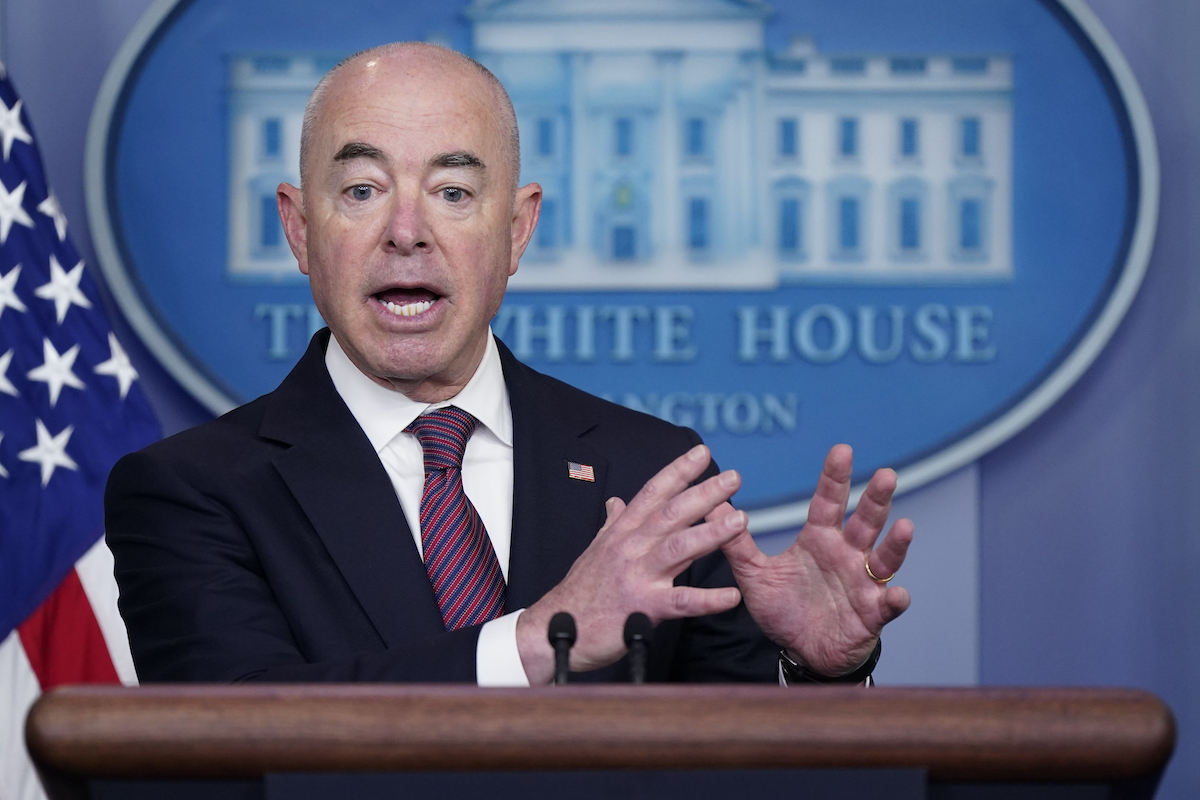 WASHINGTON (AP) — U.S. immigration authorities will limit arrests at schools, hospitals and other “protected” areas under guidelines issued Wednesday by the Department of Homeland Security, part of a broader effort to roll back the approach to enforcement under President Donald Trump.

Agents and officers are being directed to avoid making arrests or carrying out searches at a range of sensitive locations “to the fullest extent possible,” according to a memo from DHS Secretary Alejandro Mayorkas outlining the policy.

It is the latest in a series of immigration policies under President Joe Biden aimed at taking a more targeted approach to enforcement. The policy is similar to one under President Barack Obama that restricted arrests at churches and schools.

The new policy includes not just schools but medical and daycare facilities, playgrounds and recreation centers as well as demonstrations and rallies.

It also further alienated Biden critics who say weaker enforcement encourages migrants to seek to enter the country illegally. The Trump administration sparked criticism for seeking to arrest and remove anyone in the country illegally regardless of criminal history or community ties, though DHS also operated under a sensitive locations policy that limited enforcement actions in churches and other places.

Guidelines issued earlier this year for immigration enforcement directed agents to focus on recent border crossers, national security threats and people who have committed serious crimes. DHS also imposed limits on arrests at courthouses when people showed up for other matters and ended mass worksite raids.

Mayorkas has argued that his agency does not have the resources to pursue all of the estimated 11 million people in the country without legal status and that it should focus on those who pose the greatest risk to society.

In announcing the new policy guidelines, the secretary said agents and officers should consider “broader societal interests” and the impact of their activities on communities.

“We can accomplish our law enforcement mission without denying individuals access to needed medical care, children access to their schools, the displaced access to food and shelter, people of faith access to their places of worship, and more,” Mayorkas said.

The list of protected areas includes broad categories such as “a place where children gather” and “a place where disaster or emergency response and relief is being provided,” an expansive policy that marks a significant shift for an agency that includes U.S. Immigration and Customs Enforcement, which some immigrant advocates want to see abolished altogether.

The Federation for American Immigration Reform, a staunch critic of Biden policies, blasted the guidelines as a “handy list of safe places from enforcement.”

But the new guidelines drew praise from advocates for immigrants such as the American Immigration Lawyers Association. “DHS is reaffirming that people should not live in fear of enforcement actions as they access health care, schools, places of worship, and other important institutions,” said AILA President Allen Orr.

Exceptions include when the action involves a national security threat; if there is an imminent risk of death, violence or physical harm to a person; if it involves the “hot pursuit” of someone who poses a public safety threat and someone who was personally observed crossing the border without legal authorization.

Other exceptions would be if there is an imminent risk that evidence material to a criminal case would be destroyed or if a safe alternative location does not exist.

Otherwise, agents or officers would have to get approval before taking an enforcement action “in or near” a protected area, the memo said.

The Biden administration has struggled to deal with large numbers of migrants seeking to cross the U.S.-Mexico border, though the total encountered has declined the past two months following more than a year of monthly increases.