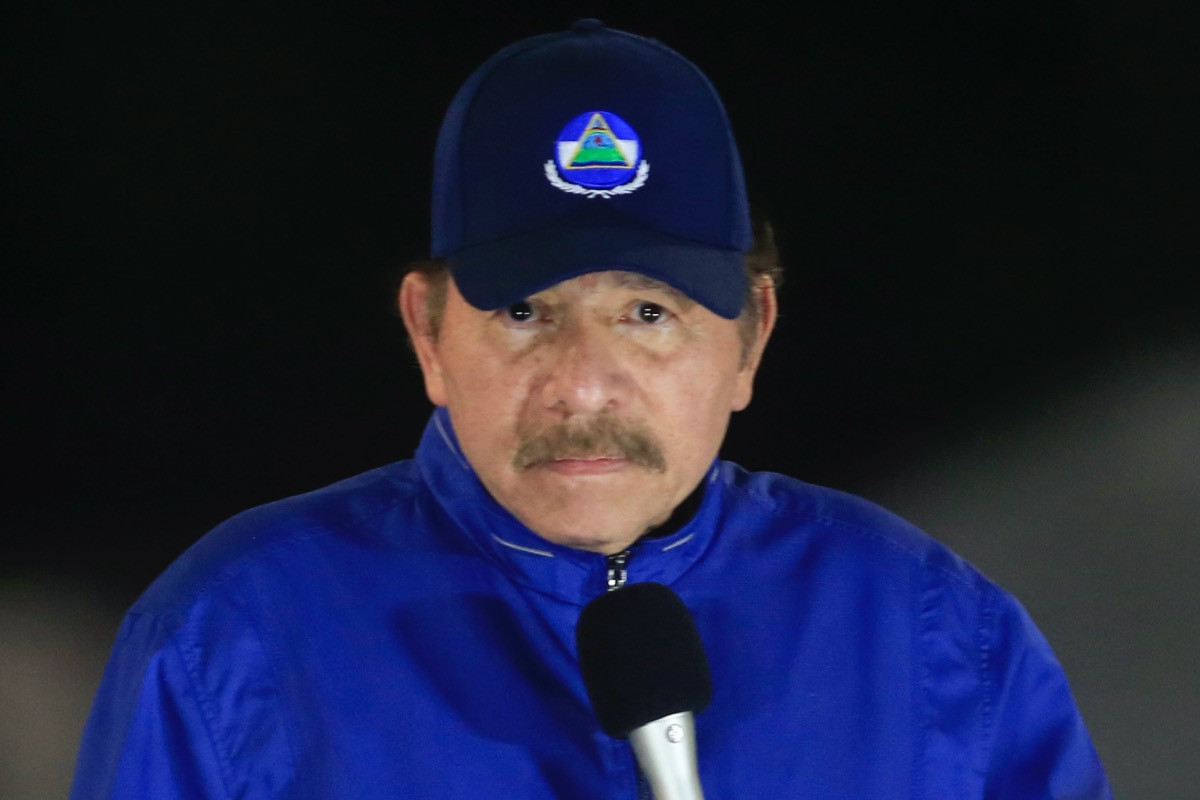 Nicaragua’s President Daniel Ortega speaks during the inauguration ceremony of a highway overpass in Managua, Nicaragua, Thursday, March 21, 2019. Ortega’s government and opposition began negotiating Thursday how to carry out the release of hundreds of political prisoners arrested in the past year of unrest, after the government announced Wednesday it would free the prisoners within 90 days in exchange for the lifting of external sanctions. (AP Photo/Alfredo Zuniga)

MANAGUA, Nicaragua (AP) — Meta Platforms, the company that runs Facebook, said Monday it has canceled 937 accounts linked to the government of Nicaragua and the Sandinista party of President Daniel Ortega.

Meta said it also removed 140 deceptive pages, 24 groups, and 363 Instagram accounts for violating the company’s policy against “coordinated inauthentic behavior on behalf of a foreign or government entity.”

Meta said it was a classic example of a “troll farm,” which it defined as attempts “to corrupt or manipulate public discourse by using fake accounts to … mislead people about who’s behind them.”

The firm said the network of accounts was launched after mass protests against the government in 2018. The accounts sought both to denigrate members of the opposition and praise the government. Some of the accounts purported to be students from a Nicaraguan university that was an epicenter of the protests.

Nicaragua is set to hold elections on November 7 in which Ortega is seeking a fourth consecutive term. But those elections have been rendered almost moot by the government’s arrests of critics and seven potential challengers.

Starting in May, Ortega began arresting almost any public figure who publicly disagreed with him, including people who fought alongside him in the country’s 1979 revolution. Families of 155 political prisoners said in a statement that their loved ones have been subjected to “mistreatment and torture” in prison.

The country’s main opposition coalitions have said that Ortega’s moves have “ended any vestige of real electoral competition.”

About 140,000 Nicaraguans have fled their homeland since the government cracked down on widespread protests starting in 2018.

Meta said the troll farm removed in October was operated from the offices of the postal service, noting “additional smaller clusters of fake accounts were run from other government offices, including the Supreme Court and the Nicaraguan Social Security Institute.”

“This campaign was cross-platform as well as cross-government,” the company said. “It ran a complex network of media brands across Facebook, Tiktok, Instagram, Twitter, YouTube, Blogspot and Telegram, as well as websites tied to these news entities. They posted positive content about the government and negative commentary about the opposition, using hundreds of fake accounts to promote these posts.”

Ortega claims the protests that erupted in April 2018 were an attempted coup with foreign backing. And he has feuded with Roman Catholic bishops who participated as mediators then in the short-lived first round of dialogue between the government and opposition, after which the government harshly put down the protests.

At least 325 people died during clashes that year between civilians and government forces in Nicaragua, according to the Inter-American Commission on Human Rights.