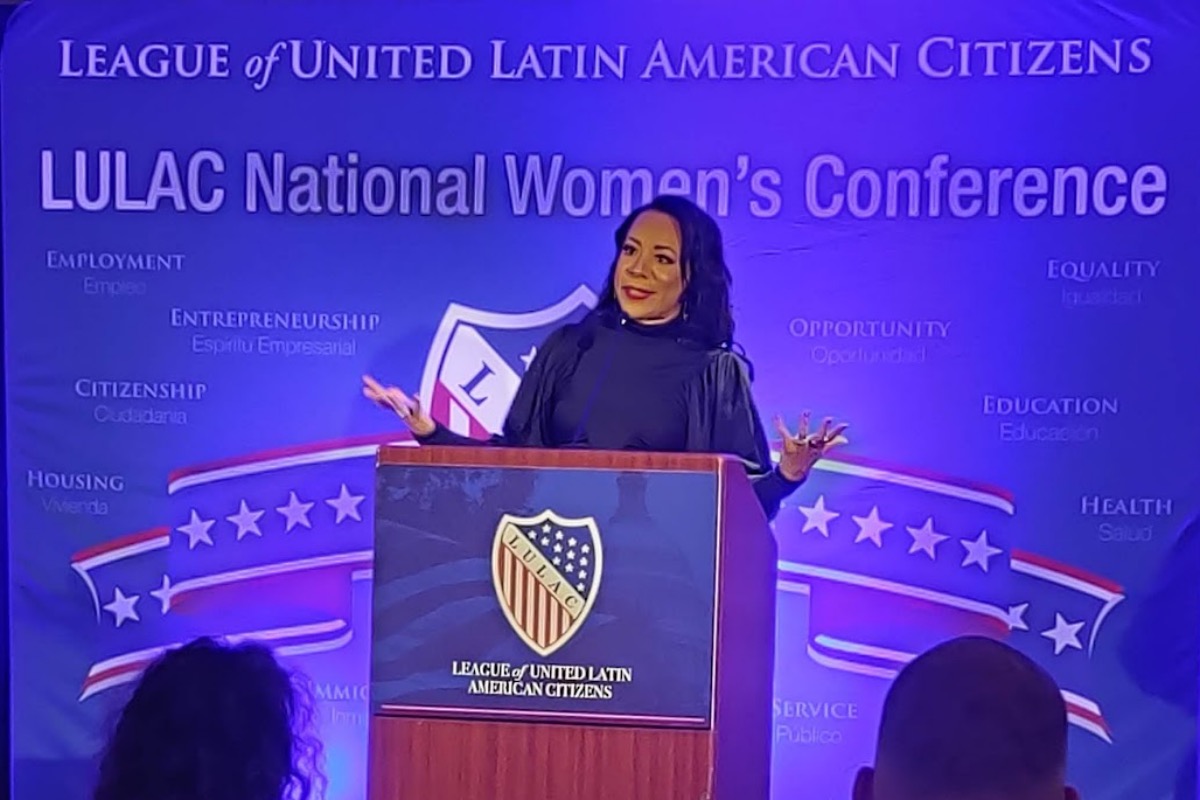 Cuban-American actress Selenis Leyva, known for her roles in ‘Spiderman-Man: Homecoming’ and the Netflix show ‘Orange Is the New Black,’ speaks before hundreds of women at the 2021 LULAC National Women’s Conference. (Ximena Del Cerro/Latino Rebels)

NEW YORK — Hundreds of women gathered at the Sheraton Hotel in Manhattan for the 2021 League of United Latin American Citizens National Women’s Conference over the weekend.

Latina entrepreneurs and heads of charities, nonprofits, and associations from as far away as the Dominican Republic, Ecuador, and Puerto Rico, among others, traveled to New York to participate in the event that served as a networking hub.

Political figures and business executives led discussions on empowering women to overcome the challenges that the COVID-19 pandemic brought on them, their businesses, careers, and families. Among those leading such discussions were Carmen Feliciano, director of Puerto Rico Federal Affairs Administration, Assemblywoman Catalina Cruz of New York’s 39th district, and Donishea Martinez, healthcare executive director at Genentech.

“There is not such a thing as security,” said Dr. María Eloísa “Mayita” Meléndez, the former mayor of Ponce, Puerto Rico, and now a member of the U.S. territories shadow delegation to Congress. “Let’s make sure we have different avenues to fall back on and to support ourselves.”

Latinas typically make 57 cents for every dollar a white man makes, according to a 2020 study by the Economic Policy Institute. They are paid less than white women, Asian women, Black women, and Indigenous women. Latinas were found to be the most likely to lose their jobs and least likely to be able to work from home during the pandemic. Latinas alone made up 45 percent of all job losses in the United States.

When it comes to political representation, Latinas in public office are a growing trend, with a record number of Latinas running for Congressional office in 2020. At least 75 Latinas ran for Congress, including three candidates for the U.S. Senate, according to the Center for American Women and Politics. 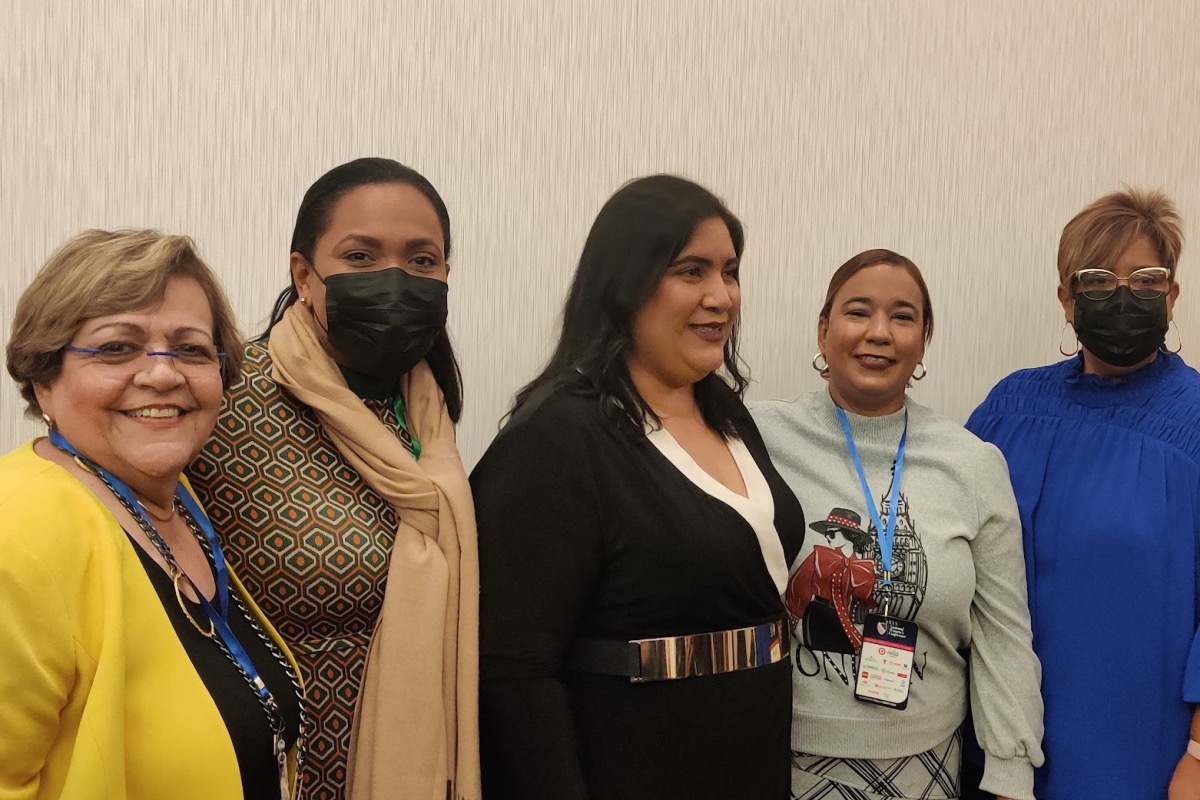 This year’s LULAC Women’s Conference was especially focused on leveling the field for Latinas in high positions of power, both in business and politics. Attendees were encouraged by panelists to demand promotions at their jobs, grow their own businesses, search and benefit from resources that female-focused associations provide, and run for office to increase women’s representation in public policy development.

“All politics are local, so local reach is the best way to start,” said Nellie Gorbea, Rhode Island’s secretary of state, during a panel on the importance of women’s political representation. “Even if a campaign doesn’t fundraise big numbers, getting on the phone and having people support you with a dollar just so that you can say you have the largest amount of investors behind you is a powerful statement.”

Gorbea said that in her time in office, as she started to see more women getting elected, she also saw an increase in policies that mirrored and addressed women’s concerns.

Dozens attended panels on strategies to break the glass ceiling in male-dominated industries such as healthcare, financial services, data, and technology.

“Diversity is not just about giving opportunities to people,” said Keira Lombardo, chief administrative officer at Smithfield Foods, who currently leads the most diverse executive team in the entire food-processing company. “Diversity is also about bringing different ideas for growth or for problem-solving to the table and about having people in your team who represent the universe of your consumers.”

Eva Porter, a financial representative at Independence Planning Group, said that being the highest executive at discussion tables in her work enabled her to decide who else would sit at her side. For her, building a team of critically thinking women and men who respect and support each other helped her understand the magnitude of her capacities in business.

Angela Cruz, co-founder & chief technology officer of Lider Net, an advisory firm for entrepreneurs based in Miami, said that in her job she often found the major challenge for Latinos to grow their businesses is the lack of information on the resources available.

“Don’t start from the bottom,” was the advice from Selenis Leyva, the Cuban-American actress known for her role in the Netflix show Orange Is the New Black, who spoke at the close of the conference.

“Lean on the people that are there to help you and hold the door open for those who come behind you.”