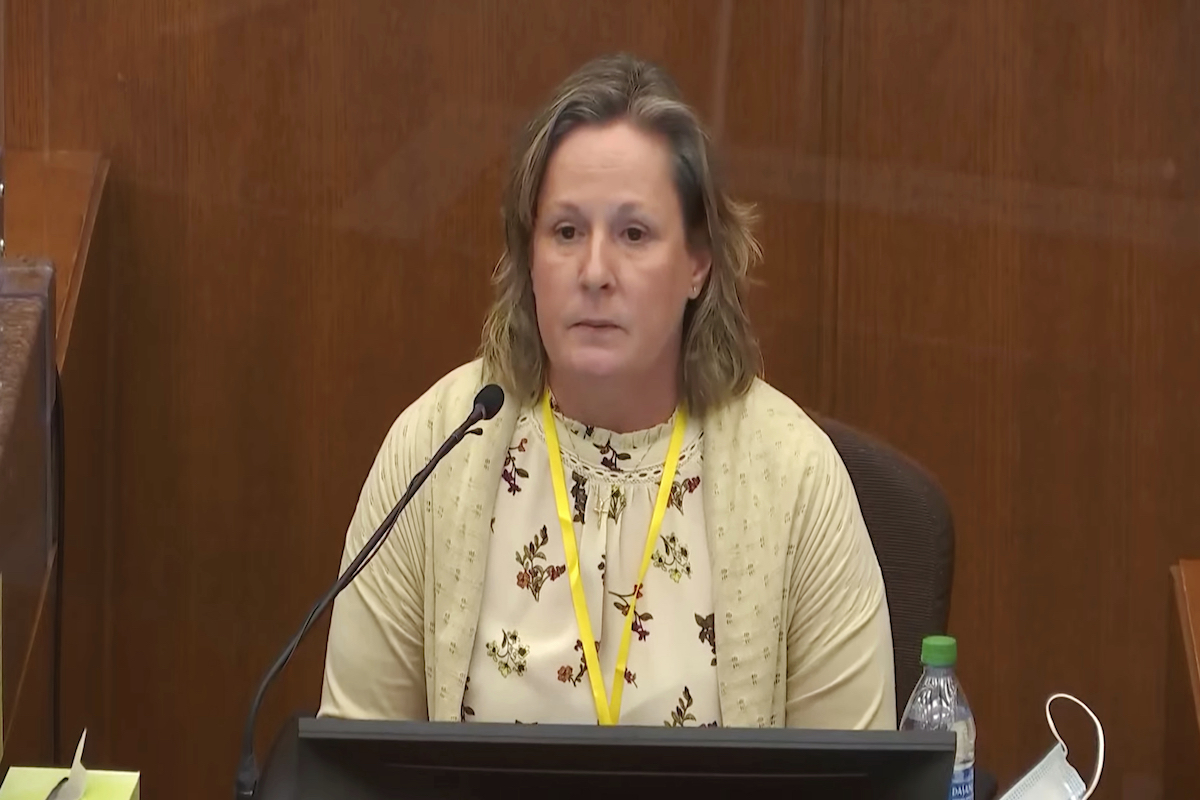 MINNEAPOLIS (AP) — Jurors on Thursday convicted a suburban Minneapolis police officer of two manslaughter charges in the killing of Daunte Wright, a Black motorist she shot during a traffic stop after she said she confused her gun for her Taser.

The mostly white jury deliberated for about four days before finding former Brooklyn Center officer Kim Potter guilty of first-degree and second-degree manslaughter. Potter, 49, faces about seven years in prison on the most serious count under the state’s sentencing guidelines, but prosecutors said they would seek a longer term.

Potter, who testified that she “didn’t want to hurt anybody,” looked down without showing any visible reaction when the verdicts were read.

Potter, who is white, shot and killed the 20-year-old Wright during an April 11 traffic stop in Brooklyn Center as she and other officers were trying to arrest him on an outstanding warrant for a weapons possession charge. The shooting happened at a time of high tension in the area, with former Minneapolis police officer Derek Chauvin standing trial just miles away for the killing of George Floyd. Potter resigned two days later.

Jurors saw video of the shooting that was captured by police body cameras and dashcams. It showed Potter and an officer she was training, Anthony Luckey, pull over Wright for having expired license plate tags and an air freshener hanging from his rear-view mirror. During the stop, Luckey discovered there was a warrant for Wright’s arrest for not appearing in court on the weapons possession charge, and he, Potter and another officer went to take Wright into custody.

Wright obeyed Luckey’s order to get out of his car, but as Luckey tried to handcuff him, Wright pulled away and got back in. As Luckey held onto Wright, Potter said “I’ll tase ya.” The video then shows Potter holding her gun in her right hand and pointing it at Wright. Again, Potter said, “I’ll tase you,” and then two seconds later: “Taser, Taser, Taser.” One second later, she fired a single bullet into Wright’s chest.

“[Expletive]! I just shot him. … I grabbed the wrong (expletive) gun,” Potter said. A minute later, she said: “I’m going to go to prison.”

In sometimes tearful testimony, Potter told jurors that she was “sorry it happened.” She said the traffic stop “just went chaotic” and that she shouted her warning about the Taser after she saw a look of fear on the face of Sgt. Mychal Johnson, who was leaning into the passenger-side door of Wright’s car. She also told jurors that she doesn’t remember what she said or everything that happened after the shooting, as much of her memory of those moments “is missing.”

Potter’s lawyers argued that she made a mistake by drawing her gun instead of her Taser. But they also said she would have been justified in using deadly force if she had meant to because Johnson was at risk of being dragged.

Prosecutors sought to raise doubts about Potter’s testimony that she decided to act after seeing fear on Johnson’s face. Prosecutor Erin Eldridge, in cross-examination, pointed out that in an interview with a defense expert Potter said she didn’t know why she decided to draw her Taser. During her closing argument, Eldridge also replayed Potter’s body-camera video that she said never gave a clear view of Johnson’s face during the key moments. 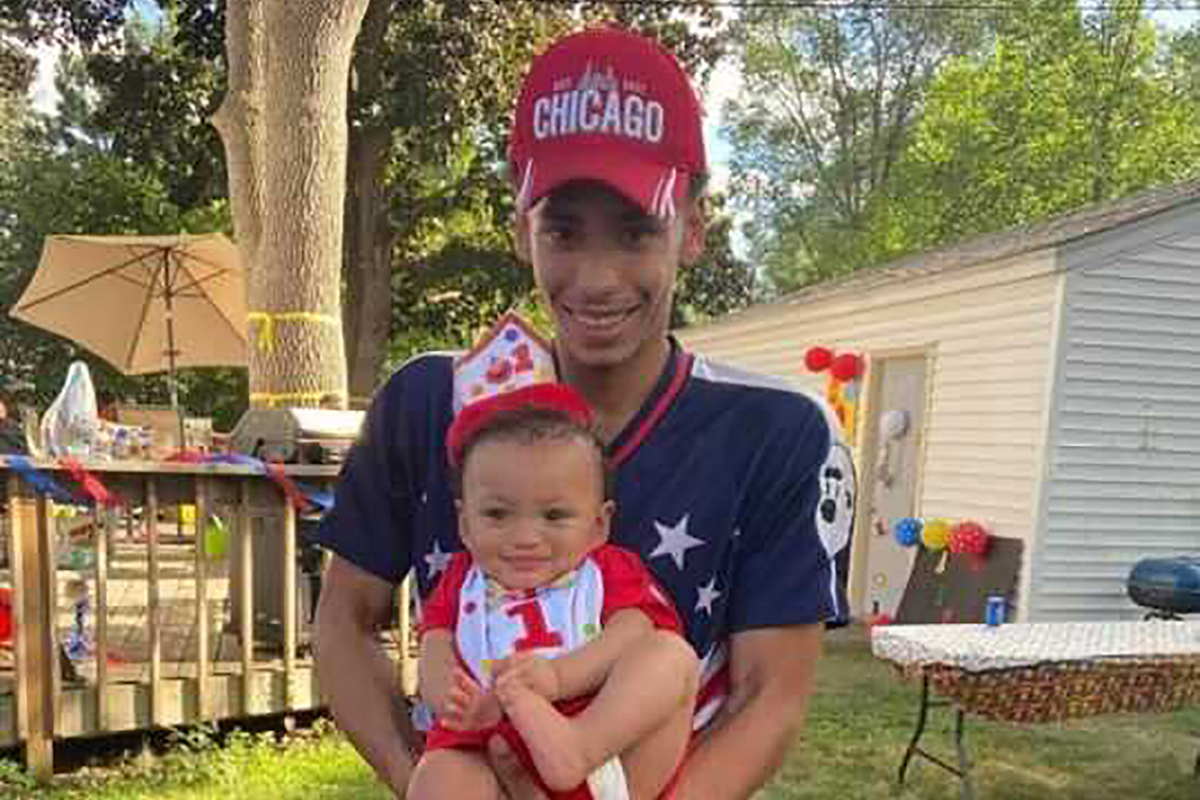 Eldridge also downplayed testimony from some other officers who described Potter as a good person or said they saw nothing wrong in her actions: “The defendant has found herself in trouble and her police family has her back.”

Prosecutors also got Potter to agree that she didn’t plan to use deadly force. They said Potter, an experienced officer with extensive training in Taser use and use of deadly force, acted recklessly and betrayed the badge.

For first-degree manslaughter, prosecutors had to prove that Potter caused Wright’s death while committing a misdemeanor—in this case, the “reckless handling or use of a firearm so as to endanger the safety of another with such force and violence that death or great bodily harm to any person was reasonably foreseeable.”

The second-degree manslaughter charge required prosecutors to prove that Potter caused Wright’s death “by her culpable negligence,” meaning she “caused an unreasonable risk and consciously took a chance of causing death or great bodily harm” to Wright while using or possessing a firearm.

Under Minnesota law, defendants are sentenced only on the most serious conviction if multiple counts involve the same act and the same victim. Prosecutors had said they would seek to prove aggravating factors that merit what’s called an upward departure from sentencing guidelines. In Potter’s case, they alleged that her actions were a danger to others, including her fellow officers, to Wright’s passenger and to the couple whose car was struck by Wright’s after the shooting. They also alleged she abused her authority as a police officer.

The maximum for 1st-degree manslaughter is 15 years.