What Senators Say About Their Staffers’ Student Loan Debt 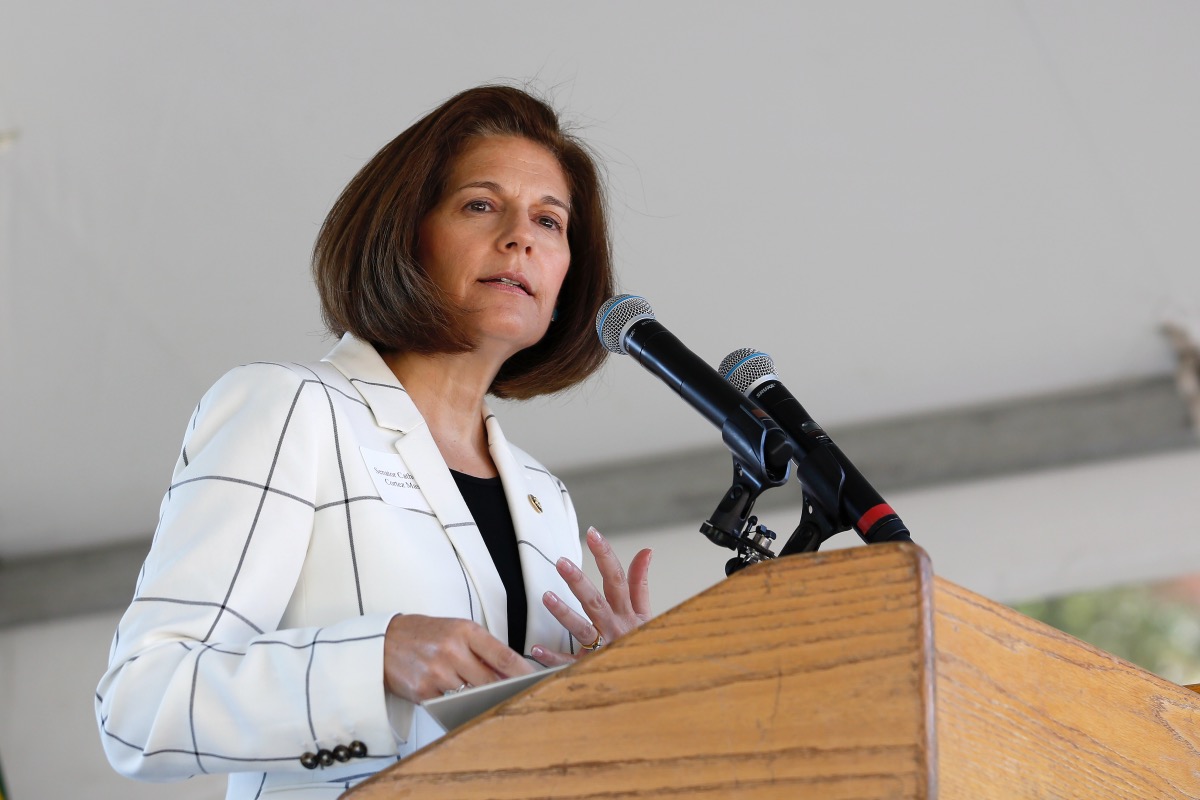 Sen. Catherine Cortez Masto, D-Nevada, the first Latina elected to the U.S. Senate, tells Latino Rebels that she’s not only spoken with her staff members but plenty of others as well about their student loan burdens. (AP Photo/Rich Pedroncelli, File)

WASHINGTON, D.C. — “They’re too big,” said Sen. Jon Tester (D-MT) when asked by Latino Rebels about the comments his staffers have made about their student loan burdens. “It would be nice to see some relief.”

“Some have heavy burdens and some don’t,” said Sen. Angus King (D-ME) about his staffers, adding that “the moratorium has been very helpful.”

In December, President Joe Biden extended the pandemic-related moratorium on student loan repayments, which were previously set to resume in February, until May 1, 2022.

Asked @SenShelby about student loan relief. "I think if people are able to borrow money to go to school and they're able to pay it back, it'd be good for 'em," he said. "That's the way we were all brought up. When I went to school we didn't have student loans. No such thing." ?

Sen. Raphael Warnock (D-GA) told Latino Rebels that he’s discussed student debt with his staffers as well as his church members. “A lot of people are feeling the burden of student debt,” said Warnock. “I wouldn’t be here if it weren’t for low-interest student loans that, in my case, I was able to pay off in short order.”

“In fact,” added Warnock, “I was on a flight two weeks ago headed home from (Washington, D.C.) when I saw a young couple on the plane. They had a one-year-old son. The wife actually gave me a note that she’d written on an airplane ticket saying please fight for students; that she had gone to college. She said she had, in her case, $30,000 (in student loans but) I hear numbers much higher than that. She’s been paying on it for years, a decade or so, and she feels like it’s hard to get out of that hole.”

“We’ve discussed student loans multiple times,” said Sen. Ted Cruz (R-TX) of conversations he’s had with his staffers. “I came out of school with substantial student loans that I only paid off in my late 30s. My parents had just come through bankruptcy when I went to college and loans were integral to my being able to go to school.”

Sen. Marco Rubio (R-FL) also recalled his own student loan burdens when asked by Latino Rebels about conversations he’s had with his staffers on the issue. “I’ve spoken with my staffers in the past about it, but I’ve had my own student loans until about 10 years ago when I paid them off because I was able to write a book,” said Rubio. “I had close to 140 to 150 thousand dollars in student loans, which doesn’t sound like a lot but it was back then.”

“Not just my staff,” said Sen. Catherine Cortez Masto (D-NV) when asked about the student debt born by her team. “The people of Nevada, people I know, my family members—I think there definitely is a concern we have in this country about high student debt.”

“I’ve talked about it to individuals but not had a general meeting,” said Sen. John Hickenlooper (D-CO). “The three or four people I’ve talked to have a wide variety, from lots of loans to hardly any loans. I would say the culture of my office feels that there should be some action on student loans, that the federal government should do something.”

“That being said,” Hickenlooper added, “there are some of our staff, those who have gone a lot further toward paying off their loans, (that) if we were to pay off other peoples’ loans, I think there (would be) a question of equity among some people that breaks down along age for that circumstance.”

Several senators told Latino Rebels of the benefits that Hill staffers receive for alleviating their student loan debt—benefits that are not available to the general public.

“In many instances,” explained Sen. Ed Markey (D-MA), “because they work on the Congressional staff, they actually have a program that helps them. Unfortunately, that’s not true for the rest of the country.”

Sen. Bob Menendez (D-NJ) echoed Markey, telling Latino Rebels that the student loan relief benefits extended to his staffers have made a difference. “It would make a difference in their lives if they could actually get forgiveness,” he said.

Sens. Rick Scott (R-FL), Dick Durbin (D-IL), Bob Casey (D-PA) and Brian Schatz (D-HI) each said they had not spoken with their staffers about the student loan challenges they face.

“I don’t think it’s proper for me to inquire as to their personal finances,” said Schatz.

Currently, there is no legislative movement to relieve student debt, and there is still debate as to whether it’s within the president’s power to unilaterally cancel federal student loans.