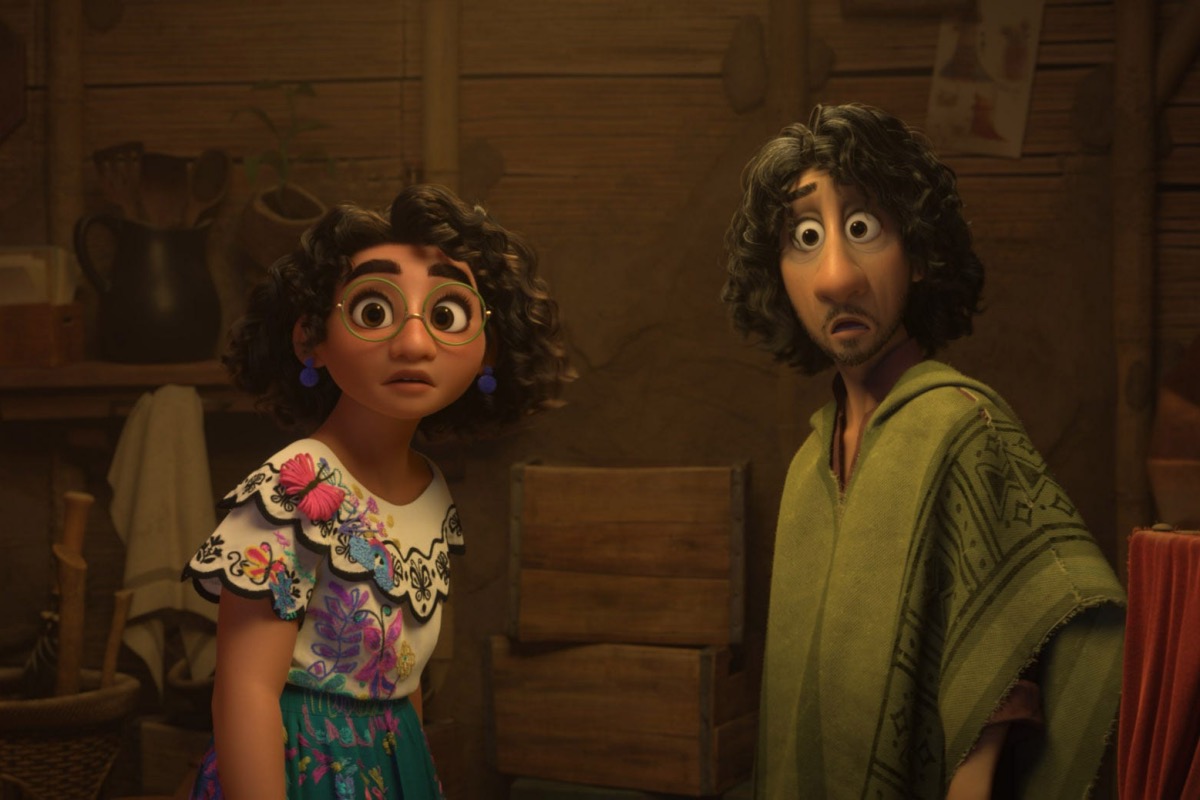 “We Don’t Talk About Bruno,” the hit song —well, one of them, anyway— from Disney’s 2021 hit movie Encanto, is now the highest-charting Disney’s song in over 26 years, according to tracking data released by Billboard and reported by Entertainment Weekly.

This week the song reached No. 4 Billboard Hot 100, matching Vanessa Williams’ version of “Colors of the Wind” from Pocahontas in 1995, and surpassing Idina Menzel’s version of “Let It Go” from Disney’s 2013 animated film Frozen, which topped out at No. 5 on the Hot 100 chart in April 2014. Both “Colors of the Wind” and “Let It Go” took home Oscars for Best Original Song in their respective years.

Earlier in this month, “Bruno” topped Billboard’s Streaming Songs chart. It’s also sat in the top 20 of Spotify’s Global Daily and Weekly Top Song charts for a few weeks. The song has over 29 million streams and over 8,000 downloads sold.

A big boost came from the social media app TikTok, where the song’s catchy hook and danceable beat has caught fire among millions of users.

The song, credited to several of the film cast members —Carolina Gaitán (voice of Pepa), Mauro Castillo (Félix), Adassa (Dolores), Rhenzy Feliz (Camilo), Diane Guerrero (Isabela) and Stephanie Beatriz (Mirabel)— deals with the ostracism of family members in Latino communities. The character in question, Bruno, is an uncle with the power to see the future, but whose predictions are not welcome by family members and others, who view them as curses rather than foresight.

The song has become a touchstone in Latino communities, and beyond, not because many listeners can relate to having a psychic family member — well, maybe— but because most people have someone in their family, maybe themselves, who is shunned by the rest of the family for whatever reason.

“Bruno’s choice to forego care and social contact and instead stay with those who do not stigmatize him —which in this case happens to be the rats who live in the walls of the house— very much mirrors what happens when families are unwilling or unable to care for their relatives with mental health issues,” writes Dr. William D. Lopez, a clinical assistant professor at the University of Michigan’s School of Public Health, in an article for Latino Rebels.

A Latina fan of the movie disagreed with Dr. Lopez’s interpretation, saying that that song is about how Latino families ostracize members for speaking openly and honestly.

Whatever the case may be, the point is that “We Don’t Talk About Bruno,” as with most popular songs, is beloved by people who read different themes and messages in it.

The song is a global phenomenon, already translated into over 40 languages including Russian (“Don’t Mention Bruno”), Japanese (“Secret Bruno”), and German (“Just Not a Word About Bruno”).

On January 10, Disney released a video for the song in 21 languages, beginning in English and Spanish before shifting to French, Hungarian, Greek, Polish, Norwegian, Korean, and others.”

“Part of its appeal is that it can be sung in so many places,” writes Alex Janin at the Wall Street Journal. “Translating the lyrics for audiences around the world has required some explanation, including what it means to ‘grow a gut.’ ”