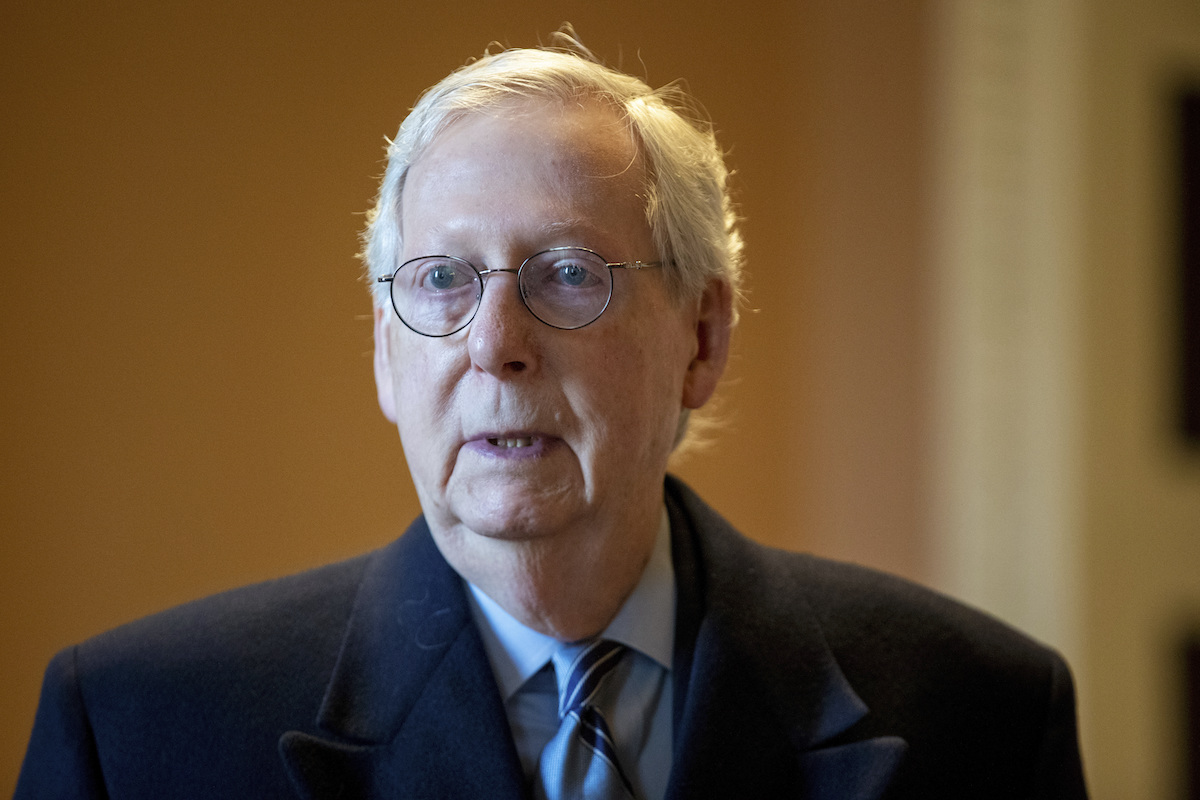 WASHINGTON, D.C. — At a press conference on Tuesday, Latino Rebels asked Sen. Joe Manchin (D-WV) to respond to concerns by voters of color that his obstruction of the John L. Lewis Voting Rights Act will keep them from voting in the midterm election in November.

“The law is there,” said Manchin. “The rules are there, and basically, the government will stand behind them and make sure they have the right to vote. We have that. The things they’re talking about now are in court. The courts have struck down— like in Ohio, they struck down gerrymandering. Things are happening. We act like we’re gonna obstruct people from voting. That’s not gonna happen.”

Rachel Maddow ran with Manchin’s response on her MSNBC show Tuesday night. “Who’s the government in this construction?” asked Maddow. “Sen. Joe Manchin actually has it in his personal hands whether or not the government will stand behind people and protect their right to vote.”

Props to Pablo for asking the tough questions in the halls of Congress!https://t.co/RlooUNH4MK

On Wednesday, Manchin blocked his fellow Senate Democrats’ effort to pass a one-time rule change necessary to pass the legislation via simple majority, promising to vote No on the change. “I don’t know what happened to the good old days,” lamented Manchin in an afternoon floor speech on Wednesday. “Make this change and the Senate will be a chamber without any rules.”

The rule change was criticized by Republican Senators as an election takeover. “You can’t put that genie back in the bottle,” said Minority Whip John Thune (R-SD) on Wednesday. “Once you do this, it is a whole new state of play in the United States Senate.”

Sen. Tim Scott (R-SC), the only Black Republican in the Senate, took issue with Democrats using the term “Jim Crow 2.0,” arguing in his floor speech that “the real Jim Crow” was much worse than the voter suppression laws his party has championed in the state legislatures they control across the country.

Sen. Cory Booker (D-NJ), one of two Black Senators in the Democratic caucus —Sen. Raphael Warnock of Georgia being the other— followed Scott with a floor speech citing statistics showing that in many states it takes considerably longer for Black and Latino voters to cast their ballots on Election Day than it does for white voters.

Republican Senators told Latino Rebels throughout the day that voters of color are foolish to believe that the restrictive voting laws passed by their party in state legislatures over the past few years will inhibit the ability of voters of color to cast ballots.

“The concern is misplaced,” said Senate Minority Leader Mitch McConnell (R-KY), “because if you look at the statistics, African American voters are voting in just as high a percentage as Americans.”

“They’ve been sold a bill of goods” by Democrats, McConnell said.

Breaking: The Senate votes 49-51 on whether to limit debate on the Fredom to Vote: John R. Lewis Act, with Republicans sustaining the filibuster on the voting-rights bill. Democrats needed 60.

Schumer changed his vote from “aye” to “no” so he could enter a motion to reconsider.

“They’re manufacturing an issue to try to paint Republicans as racist,” said Sen. Lindsey Graham (R-SC) when asked the same.

“They’ve been lied to,” Sen. John Kennedy (R-LA) said of voters of color concerned about potential disenfranchisement at the polls. “It’s not true.”

“There’s no doubt that legally qualified voters will be able to vote in the next election,” said Sen. John Cornyn (R-TX). “Just like they were in 2020.”

On Wednesday night, the Senate voted 51 to 49 against limiting debate on the John R. Lewis Voting Rights Advancement Act, thus killing the bill.

Senate Majority Leader Charles Schumer (D-NY) changed his vote from “Aye” to “No” so he could enter a motion to reconsider.