Sens. Sinema and Manchin, Are These Daggers I See Before You? (OPINION) 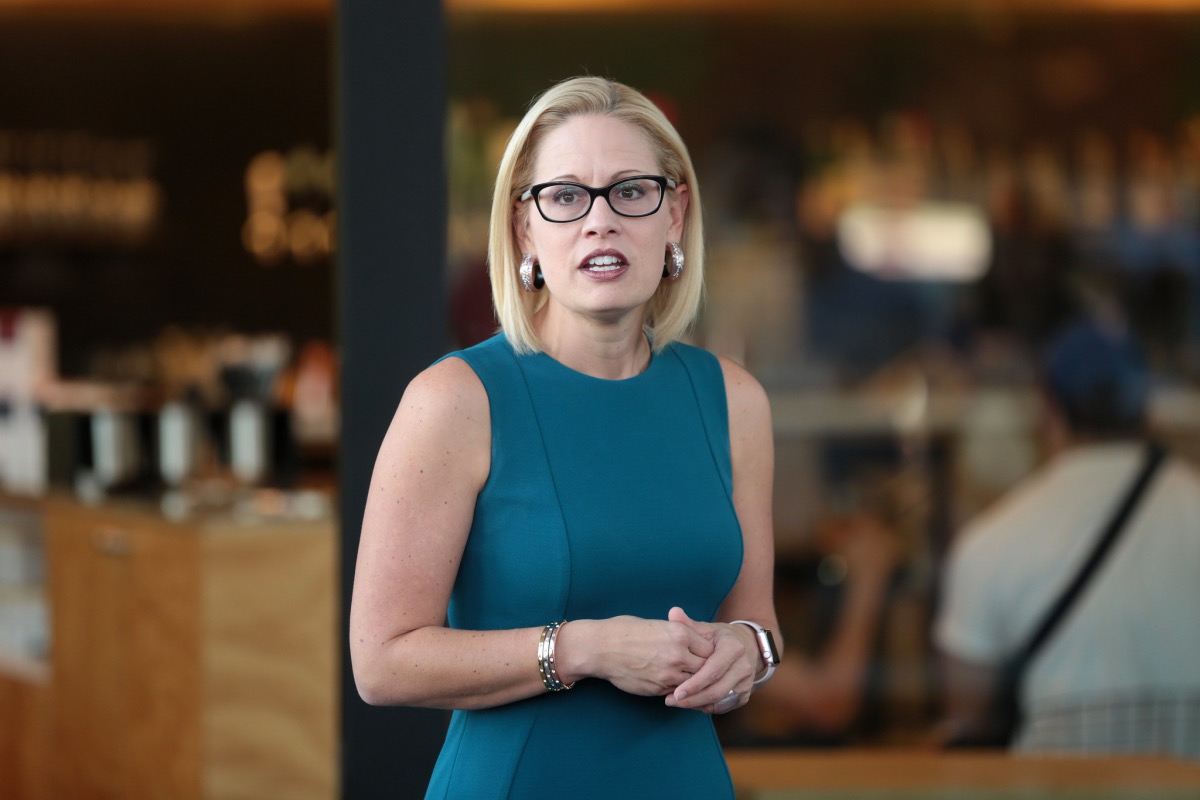 PHOENIX — Senate Democrats this week, 48 out of 50 of them at least, are planning to vote on a bill aimed at crippling the Republicans’ now full-bore assault on voting rights in America.

But the Democrats will almost certainly fail to rally the backing they need to pass the measure.

The bill needs the support of all 50 sitting Senate Democrats and Vice President Kamala Harris’ tie-breaking vote, first to modify the Senate rules and then to sidestep a Republican filibuster in order to win final approval.

But the Democrats don’t have the votes to suspend the filibuster—thanks to a couple of modern-day Macbeths.

I thought of Sens. Krysten Sinema and Joe Manchin this week as I watched the latest big-screen take of Shakespeare’s 17th-century drama, The Tragedy of Macbeth, not because either of them bears the bigger-than-life qualities of the bard’s protagonist but because of how much they pale in comparison.

Unlike Macbeth, Sinema and Manchin, despite whatever delusions of grandeur they possess, are not so much tragically heroic as shamefully self-serving.

If you don’t know the play or the new film starring Denzel Washington, it’s the story of a general, a war hero, who comes to believe he is destined to be king. Haunted and ill-advised by a trio of sinister witches —think swamp-dwelling Washington lobbyists with a flair for iambic pentameter— and egged on by his tragically ambitious wife to do “the bloody deed,” Macbeth, seeming almost possessed, eventually takes up two daggers and murders his king.

“And such an instrument I was to use … I see thee still, and on thy blade and dudgeon gouts of blood ….”

But whereas Macbeth stabbed his party leader to death in his sleep, President Joe Biden’s blimpish political executioners prefer to slash at him on cable news—or, in Sinema’s case, live from the dais in the Senate chamber as the President prepared to pop by the Capitol to rally support for the voting rights bill.

To many, Sinema seemed to be thumbing her nose at the President. Norm Ornstein of the conservative-leaning American Enterprise Institute read something altogether different into her speech: a well-manicured middle finger.

To hear Sinema tell it, she didn’t go to the chamber intending to bloody up Biden but to wage war on the epidemic of incivility underlying what she, or a not-so-clever speechwriter, called the “disease of division“ that’s infecting the nation’s politics.

Sinema’s right to cast our body politic as something of a putrid mess, but her insinuation that the variant rotting the foundation of our democracy is being spread equally by both sides is not only an insult to the great majority of Democrats —none of whom, unlike a number of top GOP leaders, seem intent on overthrowing the government— but it’s also a smear on the legacies of civil rights icons like Rep. John Lewis and Martin Luther King, Jr.

Monday honored what would have been King’s 93rd birthday. Proponents of voting and civil rights took the opportunity at rallies and marches nationwide to tie the life’s work of Lewis and King to today’s increasingly urgent struggle to shut down the GOP’s mounting attacks on voting rights.

In state legislatures across the country, Republican lawmakers are working to reinstate what the 1965 Voting Rights Act outlawed—systemically discriminatory election laws and practices.

Slain by an assassin’s bullet before he saw his dream of social and racial justice realized, King faced his own Macbeths in his role as the soul and de facto leader of the American civil rights movement.

It was a white supremacist who gunned him down outside a Memphis hotel in 1968, but the young Baptist minister from Atlanta, which has again become a key battleground in the voting rights struggle, understood that the greatest barrier to equal rights might not be people who are openly racists, but those who fail to speak out and act in the face of injustice.

Righteous words mean nothing unless followed by a willingness to act against society’s wrongs.

“When you see something that is not right, not fair, not just, you have to speak up. You have to say something; you have to do something,” said Lewis, who marched with King in the 1950s and 1960s and served 17 terms in Congress before his death in 2020.

It’s because Lewis, like King, did more than “say something” that the voting rights legislation the Senate planned to take up this week was named for the late Georgia Congressman.

The trouble with what Manchin and Sinema are doing, no matter how high and mighty they talk, is that unless they act with their fellow Democrats, the Republicans’ specially designed nationwide push to throw up obstacles to keep young people, women, people of color and people with disabilities from voting will succeed.

“History will not remember them kindly,” King’s eldest son, Martin Luther King III, said at a rally held Monday in Washington, D.C. to honor his father’s legacy, referring to Sinema and Manchin.

“Don’t tell us what you believe in. Show us with your votes.”

Anything less would be meaningless.

Anything less would be tragic.

James E. Garcia is a journalist, playwright and communications consultant based in Phoenix, AZ, the editor and publisher of the weekly newsletter Vanguardia America, and author of the upcoming book “Vanguardia: The American Latino Renaissance & the Future of Our Nation.” Twitter: @JG_Vanguardia

One response to “Sens. Sinema and Manchin, Are These Daggers I See Before You? (OPINION)”