Honduras President-Elect Sees ‘Betrayal’ by Her Own Allies 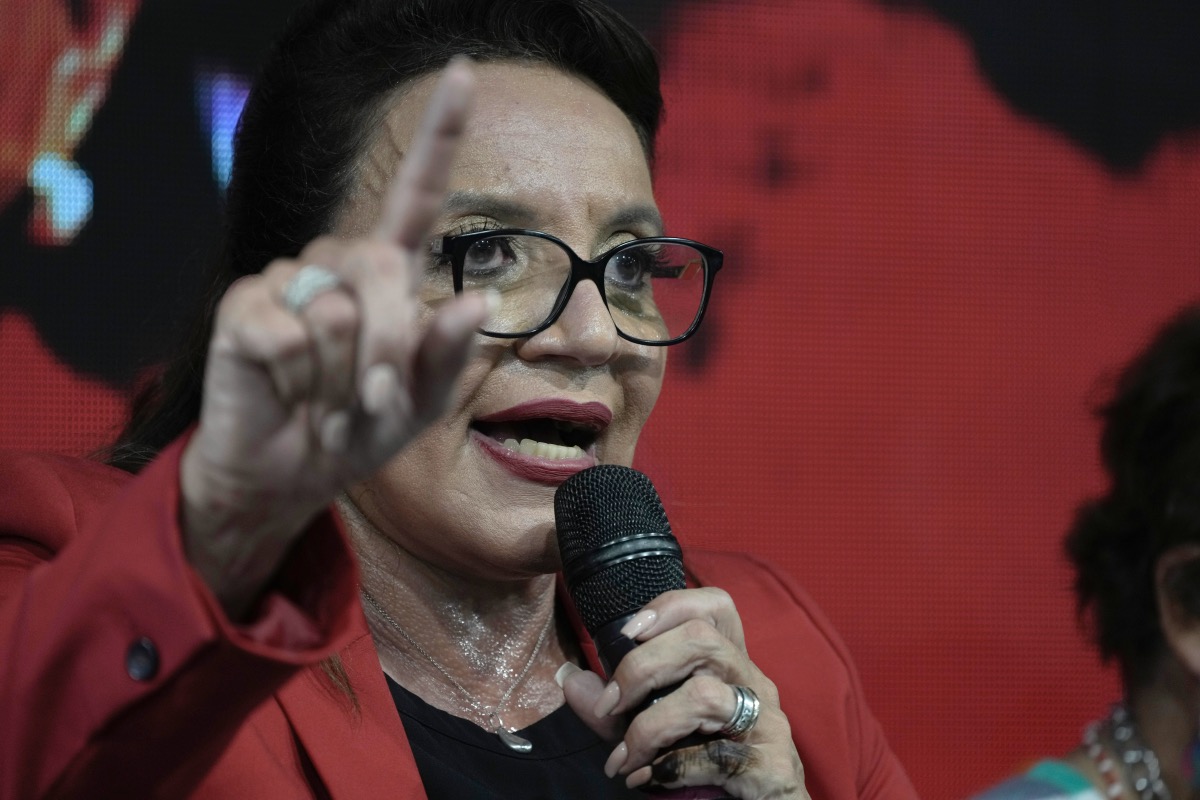 TEGUCIGALPA, Honduras (AP) — The prospects of Honduras President-elect Xiomara Castro governing with the support of a solid congressional majority took a hit Friday when the selection of leaders for newly-elected lawmakers devolved into shouting and shoving among her own allies.

Castro’s Liberty and Refoundation Party —known as Libre— won 50 seats in the 128-seat Congress in November elections. That’s not enough for a simple majority, but with the support of allies, Castro’s alliance would control the body.

However, that was cast into doubt Friday when 20 lawmakers from her party chose to elect some of their own as leaders, breaking Castro’s agreement to make a congressman from Vice President Salvador Nasralla’s Honduras Salvation Party the Congress’ president.

Nasralla ended his own presidential campaign and endorsed Castro in October and many believe that was the key factor —together with Hondurans’ desperation to remove the ruling National Party from power— that carried Castro to victory. Part of Nasralla’s deal to join Castro however, was that someone from his party would be the new Congress president, should they win.

That person was supposed to be Luis Redondo. But on Friday, 20 Libre lawmakers instead threw their support to one of their own, Jorge Cálix, and other parties opposed to Castro backed him as well.

Former President Manuel Zelaya, Castro’s husband, said via Twitter that the selection would not be recognized and traitors would be expelled.

Cálix and other members of the new leadership rose to the platform at the front of the chamber before the motion to elect them was voted on. That enraged the other 30 Libre lawmakers, some of whom confronted them as the session devolved into chaos.

Meanwhile, Libre supporters gathered outside, some chaining the doors of the Congress so the lawmakers could not exit. Riot police moved in and eventually regained control.

But it was unclear what would happen Sunday, when the Congress is scheduled to reconvene to formally establish its leadership. Castro’s inauguration is scheduled for Thursday.

Political analyst and former presidential candidate Olban Valladares said Friday’s dispute “is a serious event.” He suggested it could be the result of interference from the outgoing administration of President Juan Orlando Hernández, whose National Party had controlled the previous Congress.

Valladares said the developments made it doubtful that Castro would be able to count on the full support of her party to resolve Honduras’ problems.