Over $4.4M Raised on GoFundMe to Support Families of Indians in Green Card Backlog 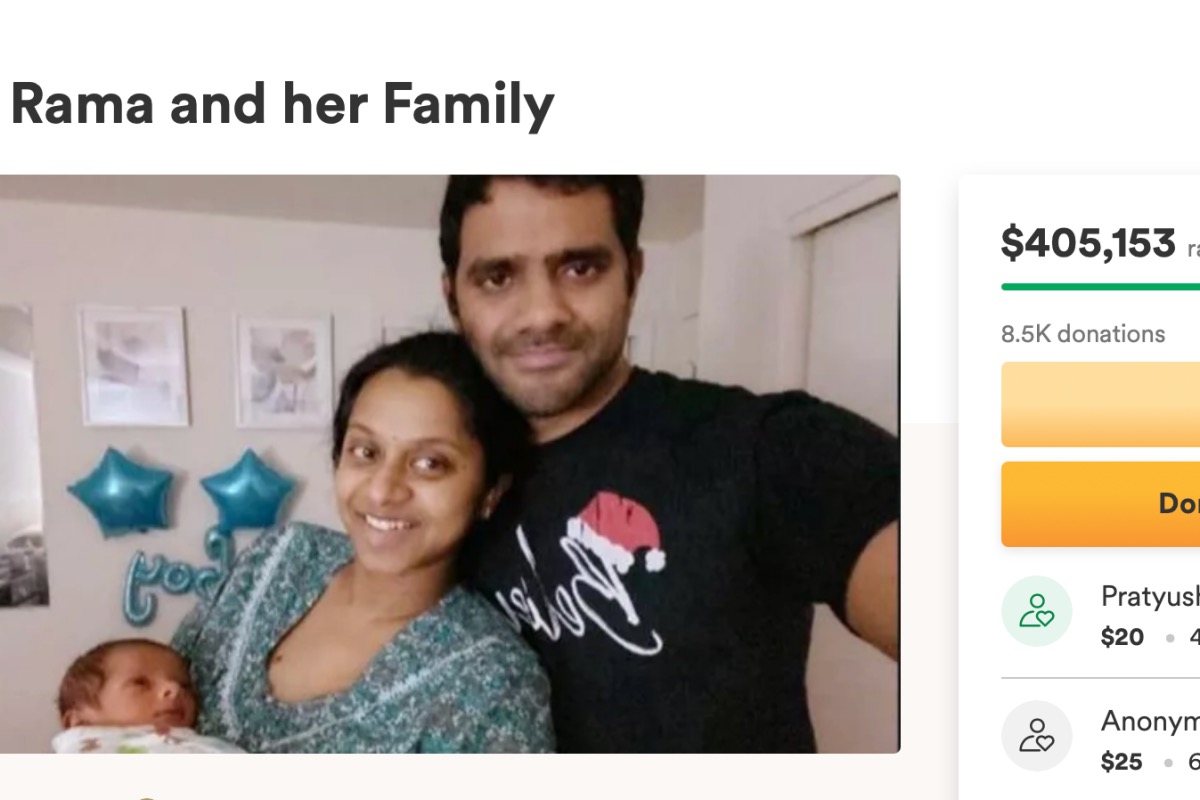 WASHINGTON, D.C. — Colleagues say Lakshmi Naraynan Sundararaman never stopped working at his job as an e-commerce architect, even after six rounds of chemotherapy.

“It was traumatizing for me,” recalls Narayan’s coworker Raj. “I can close my eyes and see his smiling face in the hospital bed saying, ‘If anything happens to me please make sure my wife and son is okay.'”

Narayan died in surgery in August 2020. Raj remembers that, even while intubated, he never kept working because to lose his job meant his family would lose their immigration status and have to leave the United States.

“He couldn’t speak but he was helping us with his fingers to punch in his passcodes,” Raj tells Latino Rebels.

The day after Nayaran died, his wife was fired from her job. Because he had been sponsoring her work visa, his death made her suddenly ineligible to work in the United States.

“I always advise all H1B to plan for the worst things to come,” says Raj, who helped launch a GoFundMe campaign for Narayan’s wife and son who both had to leave the country. “When they sold the house they couldn’t get the money because their bank says Lakshmi is the homeowner, not his wife,” said Raj.

The GoFundMe campaign Raj helped launch for Nayaran’s family raised over $71,000. It is one of 41 such campaigns launched to support the families of deceased immigrants from India stuck in decades-long green card backlogs, according to an analysis by Latino Rebels.

As of January 27, the campaigns have raised an average of $110,761 each, totaling $4,412,818 for families, often to cover funerals and relocation expenses of immigrant families forced to self-deport to India when the relative sponsoring a family visa suddenly dies. This month alone, four GoFundMe campaigns have raised $242,272 to assist the families of backlog immigrants facing hardship.

Like Raj, Ravi did not want his full name disclosed for fear of retribution for discussing his family’s plight with the press. A GoFundMe campaign to support Ravi’s wife Rama was launched in February 2021 after she suffered the first of a series of catastrophic health events.

Ravi and Rama met in 2018, and after six months, they married. Rama moved to New Jersey in 2020 to live with Ravi and he added her to his green card application.

“We were planning for our honeymoon but COVID made it so we couldn’t go anywhere,” Ravi tells Latino Rebels.

On February 22 of last year, Rama and Ravi welcomed their first child into the world, a healthy baby boy.

Rama “complained about headaches after the C-Section,” Ravi recalls. “On the third day, we were discharged from the hospital, but she continued complaining about headaches. So I took her back to the emergency in the middle of the night on the same night after discharge.

“I couldn’t get into emergency due to hospital COVID protocols, but kept talking to her on the phone from outside through the glass doors, trying to reduce her fear until she got a room in ER,” says Ravi. “After CT scans, the doctor said everything is normal and sent her home. The next night, she had a headache again and collapsed in our home. I was talking to 911 while I was holding her.”

Rama had suffered a brain hemorrhage. Doctors discovered major bleeding on the left side of her brain, and there was an enormous amount of pressure built up due to the hemorrhage. During an operation, they cleaned up the blood and reduced the pressure, but unfortunately the blood had already leaked into Rama’s brainstem.

“The doctor told me he doesn’t see her coming back. I did not accept that,” says Ravi.

The year since Rama was rushed to the hospital has been an emotional rollercoaster for the young family, with every improvement in Rama’s condition followed by another catastrophic health setback.

On January 14, the hospital treating Rama discharged her, saying she wouldn’t need acute care anymore for her condition and her insurance had already exhausted. “They said it was too expensive to keep her there,” says Ravi.

Rama was transferred to a nursing care facility, where she suffered a cardiac arrest two days later.

Rama is currently in an intensive care unit, where she’s back on a ventilator and getting treatment. Ravi continues to advocate for his wife’s green card, calling and writing to Sens. Bob Menendez and Cory Booker in his home state of New Jersey.

Staffers for both Senators have agreed to forward his wife’s paperwork to U.S. Citizenship and Immigration Services so that she can receive her green card and qualify for Medicaid. The agency declined Ravi’s appeal for an expediting green card.

“GoFundMe was the only option because I don’t have the expenses to keep it running,” says Ravi. “The stress has been incredible. Managing insurance, providing hospital care, constantly working with doctors, managing a full-time job, and taking care of an infant at home was overwhelming. The whole of my wife’s medical process depends on the Medicaid.”

Half an hour before speaking with Latino Rebels on Thursday, the hospital called Ravi with more bad news. The voice on the other end of the line told him that Rama may be having seizures.

“Things are not looking that great, but miracles do happen,” says Ravi. “I’m not signing any documents to stop supporting her.”

2 responses to “Over $4.4M Raised on GoFundMe to Support Families of Indians in Green Card Backlog”