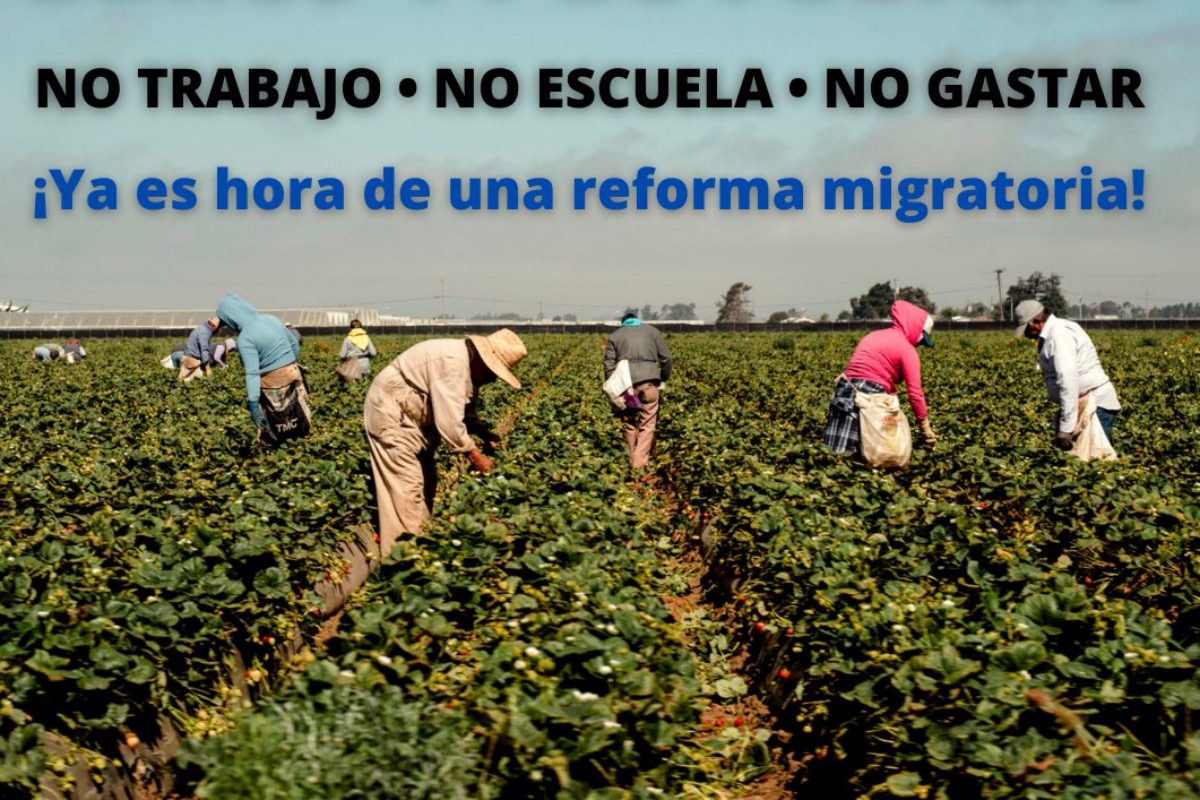 WASHINGTON, D.C. — Carlos Eduardo Espina may have the largest social media audience of any individual in the immigration movement. The 23-year-old has over 2.4 million followers on TikTok and over 88,000 subscribers to his YouTube channel.

Now Espina is asking immigrants, in Spanish and English, to disrupt Valentine’s Day this year by not showing up to work, school, or the stores.

“Valentine’s Day is one of the days with the most economic activity in the whole year,” Espina tells Latino Rebels from the Rio Grande Valley, where he’s working to help unaccompanied migrant children. “But underneath all the celebrations are millions of documented and undocumented immigrants that sustain the economy. Yet, these same immigrants continue to be mistreated and denied a path to permanent legal status.”

“Hell yeah,” said Rep. Alexandria Ocasio-Cortez (D-NY) when asked about Carlos’ initiative by Latino Rebels on Wednesday. “Strikes, general strikes—whatever it takes for people to realize the value of immigrant labor. I mean, you take a date to a nice restaurant—who do you think is making the food? Who do you think has the hands that feed us? I support any sort of action or efforts that our immigrant community and those who stand in solidarity with them are committing to highlight the necessity that they have in our system.”

Espina created a Facebook group to coordinate the campaign on Monday, and over 29,000 people have joined the group since then. Immigrants from the documented immigrant community have reached out to help translate Espina’s marketing materials into English.

Espina, who makes frequent appearances on Univision and Telemundo, presents the news in Spanish-language monologues that have many of the same cadences and energy of a fútbol play-by-play.

“All my content is in Spanish and related to immigration issues here,” says Espina, who was teaching in-person citizenship classes to immigrants in 2019 but had an epiphany to teach the same classes but on TikTok when the pandemic hit.

“It occurred to me [that] since I can’t leave my house, what if I start posting informative content for the immigrant community on TikTok and see how it goes,” he says.

“Lots of undocumented people that follow me wanted to share their stories, so I am using my platform to amplify their voices,” said Espina.