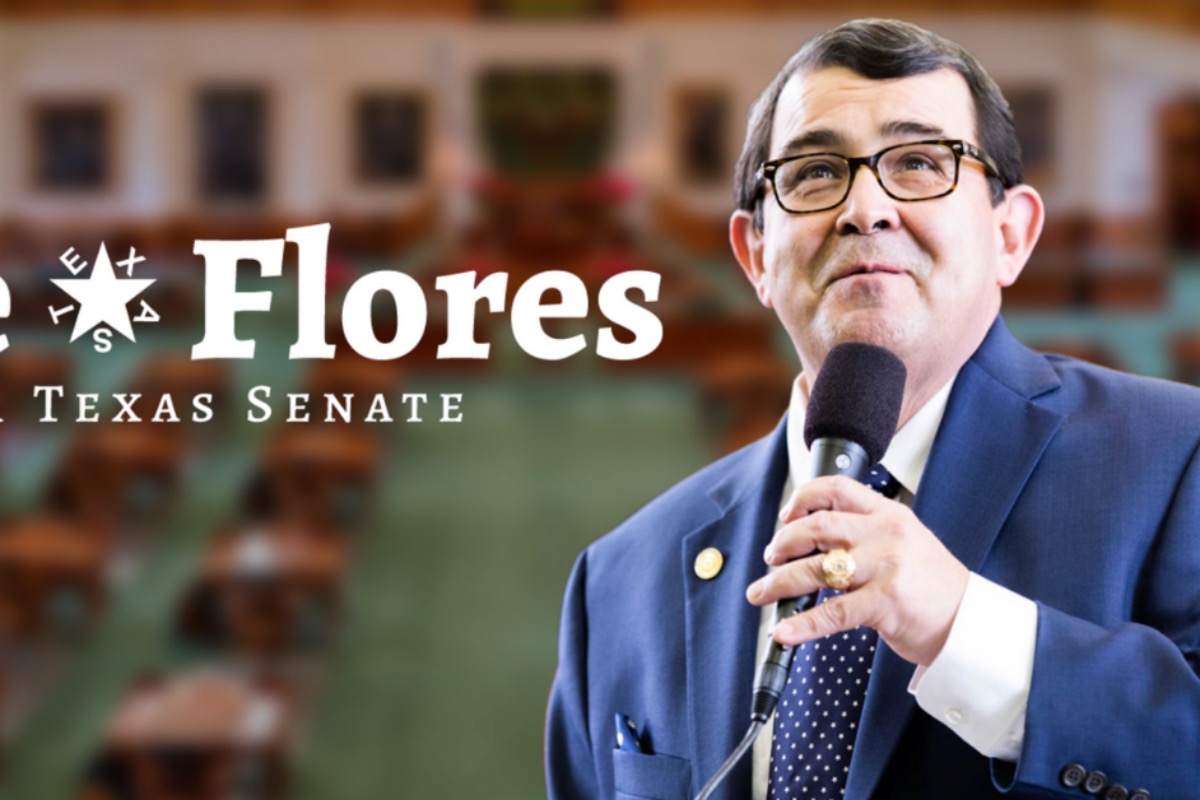 Flores, an adopter of Trumpista politics and is “pleased and honored to have earned the endorsement of President Trump,” made clear who he was trying to reach with his statement. “The Biden Administration’s open-border policy, opening a floodgate of human and drug trafficking, is destroying our state and is responsible for the loss of countless lives.”

My campaign rejected a recent endorsement from the LIBRE Initiative. Didn’t ask for it. Don’t want it. Won’t accept it. Read the full statement here: https://t.co/nLCLCrr1EB

We shouldn’t be surprised to see white people issue statements riddled with xenophobic rhetoric like this, but the impact on the Latino community when a wannabe-white Latino does it is profoundly worse on us. It’s no wonder Flores gets endorsements from Sens. Ted Cruz (R-TX) and John Cornyn (R-TX) and Gov. Greg Abbott—all of whom have more than questionable ethics.

But when it comes to Flores, accusations of racism and discrimination date back to his days as a Texas game warden.

In 2012, an Austin Chronicle Investigation brought to light allegations of discriminatory practices during Flores’ time at the Texas Parks and Wildlife Department. The investigation highlights how Black game wardens faced career roadblocks and extensive and continuous racism when Flores headed the department’s law enforcement division. The allegations, along with the admission of systemic issues by Texas Parks and Wildlife, are deep.

“I oppose any effort to establish programs that create shortcuts or allow certain people to jump to the head of the line.” But you were totally ok when Melania and her parents did it? Gotcha

“Most of the wardens who spoke to the Chronicle declined to be named for fear of retaliation,” read the report. However, Sgt. Melvin Fowler, who is Black, and Warden John Rao, who is white —both with more than two decades of experience— filed formal complaints in 2010 with the Equal Employment Opportunity Commission, adding to the many complaints filed as early as 2007. Flores became the director of TP&W’s law enforcement division in 2005.

From March 1, 2005, to May 31, 2012, only three Black game wardens were commissioned. All three had been enrolled in the academy prior to Flores’ promotion. Throughout Flores’ seven-year tenure, TP&W hired no new Black male wardens and only one Black woman. According to one Black warden, Flores believed “Blacks weren’t interested in getting an education,” while others say he vowed to replace the “Good Ol’ Boy” network at the agency with a “Good Ol’ Vato” network.

Knowing this about Flores, his comments and the extremist Trumpista ideology he aligns himself with begin to make more sense. Clearly, he harbors disdain for laborers in the most crucial industries in the United States. Flores may speak to white people as a workingman’s man, but the reality is he is no friend of labor. To be a Latino in politics that harbors the beliefs he does only serves to reinforce white supremacy in the U.S. It’s clear he knows that.

Let this be a lesson to Latino groups trying to court Republican candidates. They are no friends of immigrants, despite what they say on the campaign trail. While Republicans claim they want to create a path to citizenship for Dreamers, or that they’re for sensible immigration reform, they are never willing to come to the table and entertain any ideas—good ones or bad ones.

What happens when Latinos align themselves with white supremacy?

You get Latino candidates who turn a blind eye to hate and extremism denying endorsements from Latino organizations for the sake of being in proximity to whiteness.

The Republican Party has adopted an extremist political platform that decries and denounces non-white groups. Whether it’s regarding racial justice, immigrant rights, or worker’s rights, whenever any non-white group speaks of injustice, they are quickly attacked and drowned out by rhetoric that sucks the air out of the room. But when white people have a grievance, well, we’re seeing that play out right now with book bans. God forbid should they feel discomfort.

White people are banning books (including mine) all over the country because they don't want children to learn that whiteness is a lie. Guess what, hoes? We're not gonna stop.

Flores is openly happy to be a part of appeasing white power structures for the purpose of maintaining proximity to whiteness. He’s willingly being the token Latino who props up hate and bigotry—no different than Enrique Tarrio, both of whom are sellouts, vendidos.