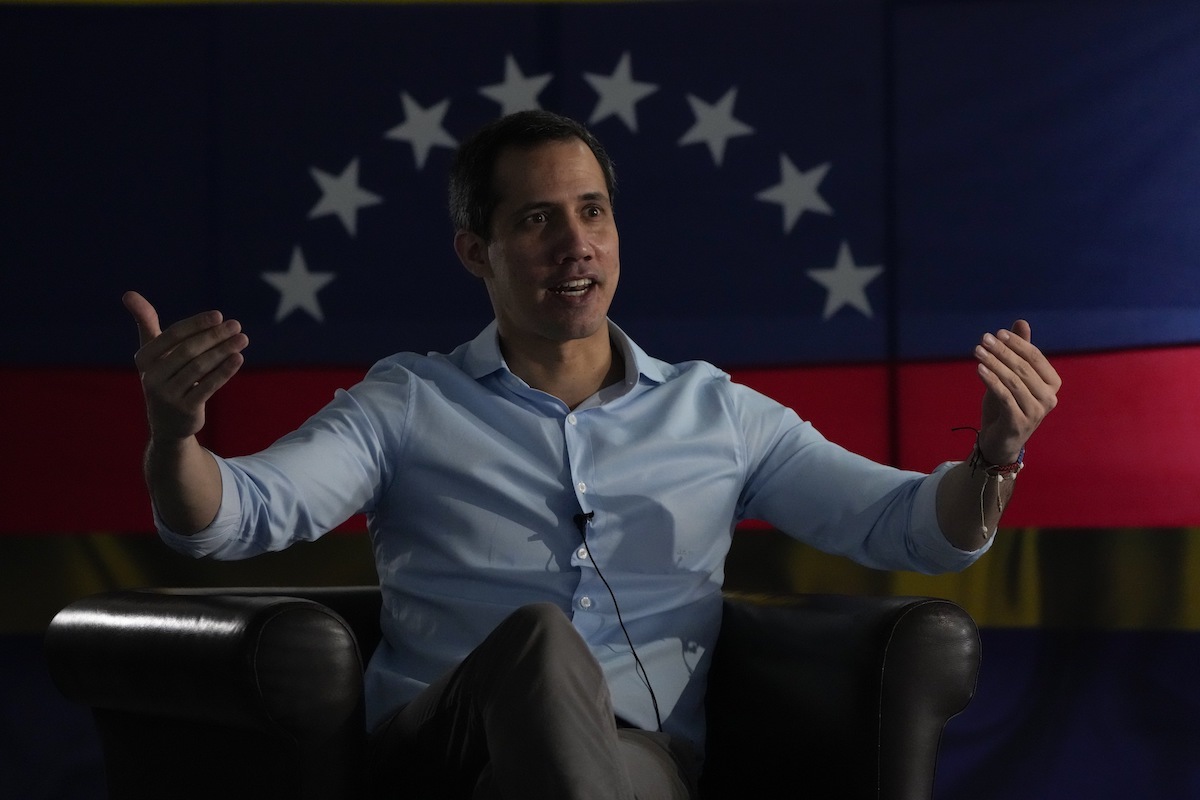 CARACAS, Venezuela (AP) — The Venezuelan opposition was reenergized recently by an unexpected gubernatorial victory in the home state of the late President Hugo Chávez. Now it is trying to use that momentum to bring its divided factions together and launch yet another attempt to topple his political heirs.

Three years after he proclaimed himself the legitimate leader of Venezuela, Juan Guaidó, his U.S.-backed opposition allies and other adversaries of President Nicolás Maduro plan to convene this week in the capital, Caracas, to work on a big-tent strategy as they gear up for a presidential election they hope may be held before its scheduled 2024 date.

The goal is to consider how to “incorporate not only the political parties that make up the democratic alternative but also former Chavismo supporters, as one group is called, or Chavismo dissidents, as another group is also called,” Guaidó told The Associated Press in an interview Thursday, using the Spanish-language term for the political movement begun by Chávez, who died in 2013.

Guaidó rose to international prominence in 2019 when —as head of the opposition-controlled congress— he said Maduro’s reelection had been illegitimate and declared himself acting president, establishing a parallel government. He was recognized as leader by dozens of countries, including the United States, and led large protests in Caracas.

But the enthusiasm and support he saw three years ago has waned both abroad and at home, in part because the pandemic kept people from organizing and protesting, as well as a perceived sense that the opposition’s promise to do away with Chavismo remains elusive.

Opposition candidates garnered the most votes in the November regional elections. But unable to line up behind consensus candidates, they split the anti-Maduro vote, enabling his United Socialist Party of Venezuela to take more than 200 of 322 municipalities and most governor’s races.

So that result was seen as both a sign of the opposition’s high potential and, Guaidó said Thursday, a “wake-up call” to a desperate need to strengthen unity.

One race where the opposition did succeed gave them particular reason for optimism: They shocked the ruling party by winning the governorship in the northwestern state of Barinas, where the Chávez family had governed for more than two decades.

In addition to the upcoming meetings in Caracas, Guaidó and other leaders from across the country planned a rally Saturday to present their unity plan to Venezuelans — though getting the message out remains a challenge given the state’s domination of local media.

“For us, doing politics today in Venezuela is like doing politics in any country 100 years ago,” Guaidó said. “We have to go one by one, house by house, assemblies, organization, political events that communicate for us, not the other way around.”

Another barrier before the opposition is a perception among some Venezuelans that the country’s deep, years-long economic crisis has eased. U.S. dollars have largely supplanted the local currency, whose value was eaten up by hyperinflation, and grocery stores are again well-stocked in contrast with the severe, widespread shortages seen before.

But Guaidó argued that that only applies to a small elite sector, with more than 90 percent of Venezuelans living in poverty.

Before November the main opposition coalition, Guaidó’s Unitary Platform, had boycotted previous votes including Maduro’s reelection in 2018, saying Venezuela lacks the conditions for free and fair voting—an assertion backed by many international observers.

Guaidó reiterated that the only way to restore democracy is through negotiations with the government, including the establishment of conditions for free and fair elections and guarantees that the outcomes will be respected.

Talks have broken down repeatedly, however, most recently in October when the government walked away from the table after a Maduro ally was extradited from Cape Verde to the United States on money-laundering charges.

Guaidó said the opposition is open to returning to negotiations guided by Norwegian diplomats in Mexico City and the progressive lifting of international sanctions, which is the main incentive for the government to return to the table.

Maduro’s opponents had hoped to see a new presidential vote sooner than currently scheduled for 2024, but the extremely short window set by electoral authorities for gathering recall signatures made that impossible. Should negotiations with the government resume, the opposition will continue to insist on an accelerated electoral timeline.

“We have to prepare now so that (the election) happens as soon as possible and generate and transform that possibility into a real solution,” Guaidó said.

He declined to say whether he would run in a primary.

Asked about Maduro’s admonition to the country’s highest court last month to apply “implacable justice” to opposition leaders involved in the parallel government, Guaidó said he does not take such matters lightly.

“Those threats have been carried out in one way or another—that they have not dared to arrest or kidnap me, that’s another thing,” he said. “My family has also been persecuted. I fully understand the risks… but (the bigger risk is) for this dictatorship to prevail.”