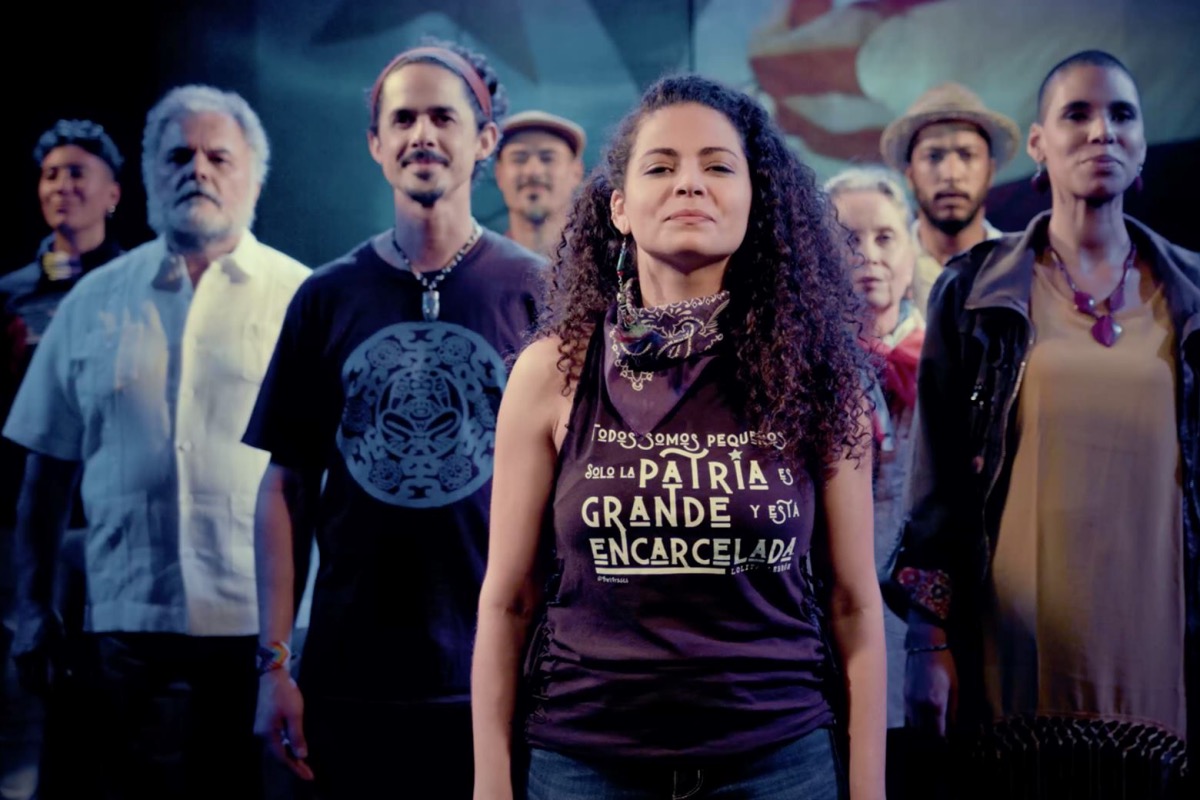 After a hurricane devastated their homeland in 2017 and massive protests rocked the political landscape of their island in 2019, a group of Puerto Rican artists came together in early 2020, determined not to let a global pandemic keep them from telling the story.

Calle de la Fortaleza is named for the governor’s mansion that sits at the western end of the street, and whose former resident, Gov. Ricky Rosselló, was forced out of office by the protests in 2019.

Shot on a Los Angeles stage in September 2020, the musical centers on the story of Bieké, an independent journalist based in Los Angeles who returns to his native Puerto Rico to cover the aftermath of Hurricane María—drawing on Carrero’s own real-life experiences as a special correspondent for the L.A. Times.

“His journey converges with that of eight other characters with various degrees of separation, before fate brings them together to the epicenter of the protests that ultimately resulted in Governor Ricky Rossello’s resignation, symbolizing the triumph (albeit short-lived) of the people over corruption,” reads a synopsis from production company Carrero Creatives.

Directed by Denise Blasor, the film boasts a 100 percent Latino cast and crew save for  one producer of African-European descent.

“Given the universal nature of its themes, it resonates with anyone fighting against social injustice, government corruption and inaction, police brutality, racism, violence towards women, and the oppression of people identifying as LGBTQ,” says Carrero Creatives. “Politically engaged without being moralizing, the film manages to remain greatly entertaining thanks to its original music arranged and produced by seasoned musicians having previously worked on blockbusters such as Hamilton and Amelie The Musical.”

Calle de la Resistencia also prides itself in being “one of the only Spanish-language musicals of this era.”

“I am beyond impressed,” says esteemed actress, singer and TV host Johanna Rosaly. “The message of affirmation of our identity, which comes to the rescue of our essence, honor, and dignity, is pristine and sonorous. I hope many, many people see it.”

“The filmmakers have awakened the defense of our conscience and our sacred identity,” says Grammy-nominated singer and songwriter Danny Rivera. “Calle de la Resistencia is a visual document of political art that will serve as a guide for future
generations, so that we never forget that there is much to be done collectively to free our nation.”

Producer Maritxell Carrero, who also starts in the film, tells Latino Rebels that the film as been shared with the world through various film festivals over the past year, but that the plan is to screen the movie for audiences in Puerto Rico, “the land that inspired it all.”

The soundtrack is available through Apple Music. For more information, visit CalleResistencia.com.