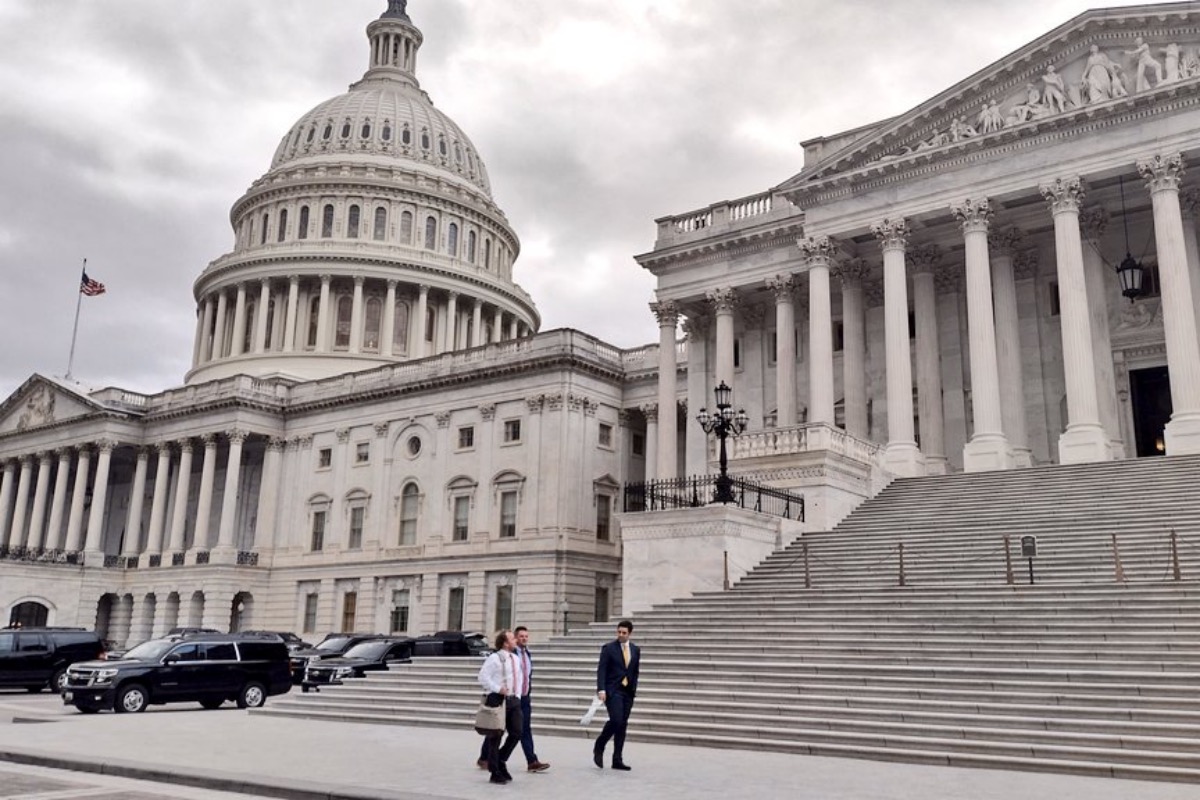 “I see some negatives,” the Senator tells Latino Rebels. “Obviously, stopping work (would be a negative).”

“The Senate is a very particular institution with an historic legacy,” Feinstein adds. “I think kind of being above the political frays of the day are important.”

As the discussion over staffer unionization continues on Capitol Hill, Feinstein’s remark is the first time anyone has raised the prospect to Latino Rebels of unionized Hill staffers going on strike.

“Public sector workers, whether it’s bus drivers or teachers, are striking in record numbers,” explains labor reporter Mike Elk, who has tracked over 1,800 strikes since the beginning of the pandemic for Payday Report. “Why shouldn’t Congressional staff be allowed this basic human right to strike to win better working conditions?”

As those leading the unionization push at the junior level concede, a strike by Hill staffers would likely be highly fragmented, with some offices choosing to participate while others do not. Because each office acts as its own employer, each would have to unionize independently, at least in theory.

Moreover, individual offices can organize using any union they see fit—again, at least in theory. There remains no formal legally recognized right for Congressional staffers to unionize, at least not one that has been implemented, though there is a framework in the Congressional Accountability Act of 1995.

Still, a strike by Hill staffers would be unprecedented, hence the uncertainty as to how it would work and what effects one would have.

Then there’s the bicameral nature of Congress itself, with the House and Senate governed by different rules. So are the support entities on the periphery of the legislative branch, like the Library of Congress and the Architect of the Capitol. Each of these entities, and the individual offices within them, could in theory form their own in unions as well.

It’s possible that these entities would chose to go on strike together, forming a united front, but consensus is the rarest of political birds in Congress, especially these days.

“One thing for sure,” says a committee staffer speaking under the conditon of anonymity, “if the junior staffers in Congress—I’m talking about the staff assistants, in particular—if the staff assistants went on strike, this place would be done. Like, done done.”

As of Wednesday afternoon, Latino Rebels has spoken with 25 senators about staffer unionization efforts in Congress— the House of Representatives is on recess through next week.

Another 22 Hill staffers have spoken with Latino Rebels about the same topic after the anonymous “Dear White Staffers” Instagram account advertised the fact that Latino Rebels would would be covering the effort.

So far only Sens. Bob Menendez and Cory Booker, both Democrats from New Jersey, have confirmed to Latino Rebels that their staffers have broached the subject of forming a union in their respective offices.

“This is an issue that we’re working on,” Sen. Bernie Sanders (D-NJ) tells Latino Rebels. “It’s gonna take some time, but I believe that all workers have a right to organize where ever they are.”