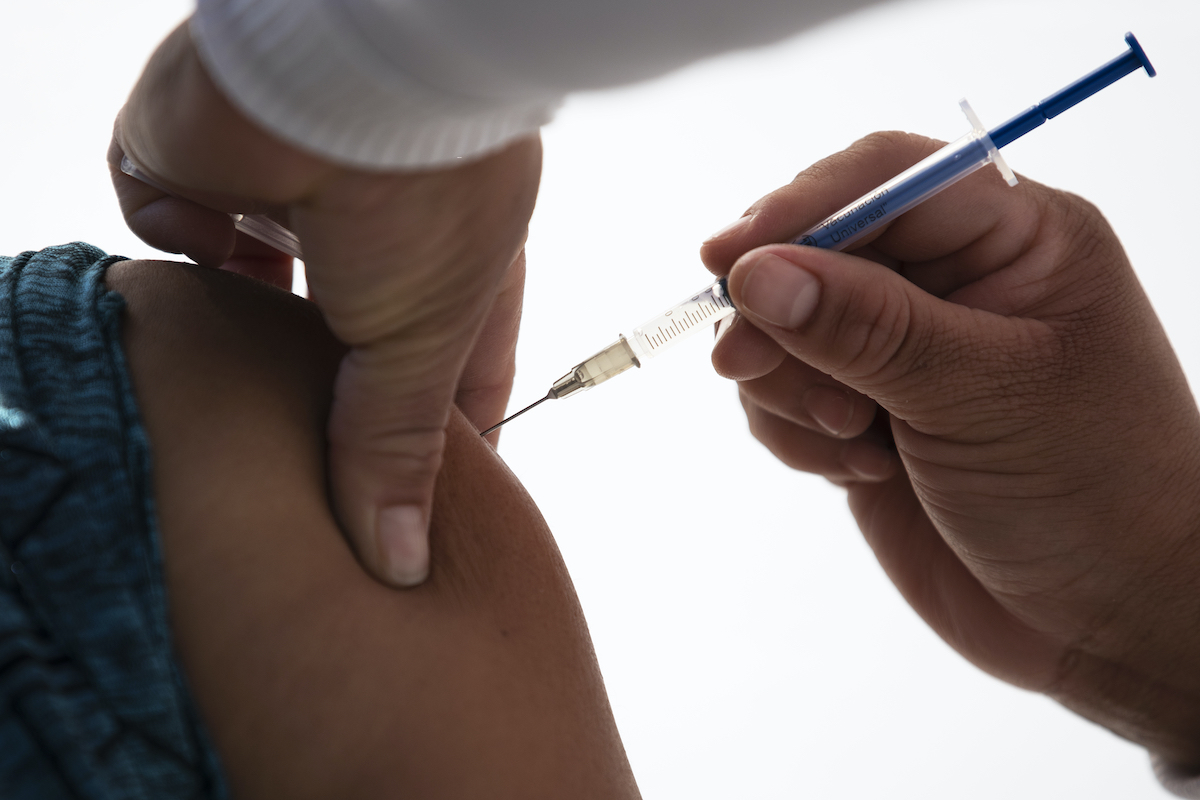 Unless you rely on Medicaid for health insurance and you’ve moved to a different state in the past, then you probably aren’t aware of the flaws in the government healthcare program meant to provide support to millions who can’t afford private medical insurance, particularly those who are undocumented, single parents, disabled, or homeless.

A federal mandate is set to end on April 16 which states that anyone currently enrolled in Medicaid cannot lose their coverage during the pandemic.

“The Biden administration and state officials are bracing for a great unwinding of Medicaid support,” writes Rachana Pradhan for NPR. “Millions of people losing their Medicaid benefits when the pandemic health emergency ends.”

There are already serious flaws in the Medicaid system as a whole, with eligibility varying by state. In Texas, for example, a state which has not expanded its program under the Affordable Care Act (ACA), adults without children do not qualify.

The federal government gave states billions of dollars to pay for the emergency coverage mandate, but that money will dry up after the emergency period has ended, at which point each state will have to review the eligibility of its enrollees. The process will require mountains of paperwork, and with pandemic conditions still in effect and state agencies understaffed, millions of Medicaid recipients could lose their benefits in the backlog.

“[The U.S. Department of Health and Human Services] has said that it would give states 60 days’ notice before ending the emergency period,” Pradhan writes, and that, “if it ended in April, for example, the [emergency funds] would last until June 30.” But sufficient notice remains uncertain.

“Colorado officials had debated sending letters to enrollees when the public health emergency was nearing its scheduled end on Jan. 16 but held off, expecting that it would be extended,” she writes. “HHS announced a 90-day extension only two days before it was set to expire.”

While many rely on Medicaid to afford their prescription medicine, doctor visits, and emergency checks at a clinic or hospital, it’s not all that simple when you’re traveling out-of-state for work or to visit family and get sick, especially during a pandemic.

When I Got Sick

For example, you can’t utilize your existing Medicaid coverage while out-of-state nor after a recent move to another state. I know from personal experience. After returning to Maryland recently, I rapidly developed strange symptoms along with my partner that mirrored long COVID. They symptoms were so severe that were left incapacitated for over a week, with severe, painful, swollen feet that made it very difficult to walk among other symptoms—and this after having quarantined for a week due to COVID symptoms.

While those symptoms have slowly improved, we were seriously considering going to a hospital on a few occasions to get checked, given I also have an autoimmune illness which puts me at a higher risk despite both being fully vaccinated. I received the booster just two months before getting sick.

We would have already gotten checked at a hospital were it not for the Medicaid state-by-state rule I was unaware of until recently. While my partner does have medical insurance, he chose not to get checked yet out of solidarity with me not being approved. I’ve asked him to get checked regardless of me being approved, given his symptoms have not improved much.

While you can request to transfer your prescription to an out-of-state pharmacy with a doctor’s approval, you cannot rely on Medicaid cases of severe sickness, an emergency that would require you to be seen at a clinic or hospital. That means you have to cancel your existing Medicaid insurance if you want to reapply out-of-state, and it can take up to 90 days to be approved for a new application.

Maryland Health Connection, the state’s health insurance marketplace created under the ACA, asked me to first call Pennie, Pennsylvania’s marketplace, to cancel my existing coverage there so that my new application in Maryland could be approved. I asked what the timeframe would be and was told cancellation takes one day, while the new application process was unknown

I took my chances and did what I was told, as I believed doing what the system requires would speed up the process and I’d be seen at a hospital if needed. The next day, however, I was sent an email explaining that I was not approved for Medicaid, only for the option to purchase private insurance —which is, of course, expensive by default— and that to continue processing my renewed application, I would need to verify my legal status in the country and my income by providing all documentation requested.

As a U.S. citizen (a naturalized Mexican American), I was extremely offended by this, given that the Medicaid program already has my information including my legal name change—which they also gave me a hard time with some years ago, when I volunteered with a nonprofit organization at the San Diego border. Medicaid always asks for your Social Security number when you’re on call with them, along with a series of questions to verify your identity and financial status, all of which is spelled out in the application itself.

Now I’m awaiting their final decision, and I have reason to believe I’m not the only one in my position. With upcoming cuts planned through a vote on Medicaid expansion, millions may lose coverage—and suddenly, it all began to make more sense.

Medicaid expansion bills are being considered in various states this year, which may put millions at risk of losing their medical insurance.

“Over  2 million individuals living in the 12 states that have not adopted the Affordable Care Act’s (ACA) Medicaid expansion fall into the coverage gap because they do not qualify for Medicaid and have incomes below poverty, making them ineligible for premium subsidies in the ACA Marketplace,” according to the Kaiser Family Foundation.

Many may lose their only health support lifeline, especially as we continue to navigate a seemingly never-ending COVID pandemic that affects millions.

Meanwhile, mainstream media has decided to divide the American public once again on the issue of health care benefits. On Thursday, the Department of Homeland Security (DHS) announced proposed public charge rule that “would provide fair and humane treatment” for noncitizens requesting public benefits like Medicaid and food stamps. DHS is undertaking an open rulemaking process to establish a new regulation and welcomes comments from the public.

DHS has proposed a public charge rule that would provide fair and humane treatment for noncitizens requesting public benefits. DHS is undertaking an open rulemaking process to establish a new regulation and welcomes comments from the public.

So whether you’re a citizen, resident, or an undocumented imigrant who relies on Medicaid, these flaws in the existing program, and the decisions being made by a government whose job is to represent “the people,” will inevitably affect millions. Among those millions could be you or me and many more whose lives could very well depend on Medicaid being funded and approved for all.

Gia Santos is a bilingual writer and editor, and an advocate for immigrant rights and victims of violence. She is the co-founder of Artists4Freedom. Twitter: @Gia_Santos_