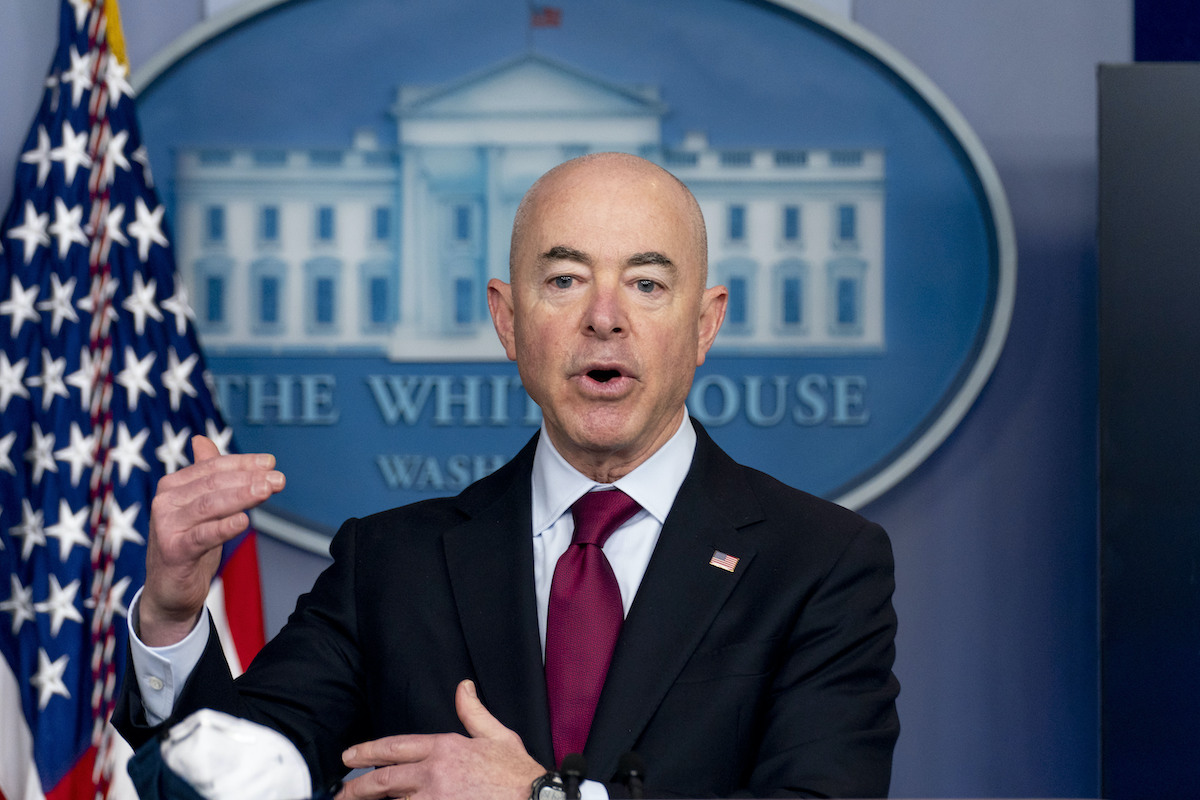 On Thursday, the Department of Homeland Security (DHS) proposed a change to the “public charge” rule that would increase the number of government benefits immigrants can receive without affecting their green card applications.

Under the proposed change, immigrants can receive food stamps (formally known as the Supplemental Nutrition Assistance Program, or SNAP), most Medicaid and housing benefits, as well as enroll in the Children’s Health Insurance Program (CHIP).

Benefits that would still be counted against an immigrant applying for a green card include Supplemental Security Income (SSI), cash assistance under Temporary Assistance for Needy Families (TANF), state, tribal, and local cash assistance programs, and “institutionalization for long-term care at government expense.”

“DHS would also not consider disaster assistance received under the Stafford Act; pandemic assistance; benefits received via a tax credit or deduction; or Social Security, government pensions, or other earned benefits,” read a statement from DHS announcing the proposed change

“The 2019 public charge rule was not consistent with our nation’s values,” Homeland Security Secretary Alejandro Mayorkas said in the statement. “Under this proposed rule, we will return to the historical understanding of the term ‘public charge,’ and individuals will not be penalized for choosing to access the health benefits and other supplemental government services available to them.”

The “public charge” rule dates back to the Immigration Act of 1882, which denied entry to “any person unable to take care of himself or herself without becoming a public charge,” and has been a prime reason for denial for temporary stay visas and permanent residency ever since.

In one infamous case from 1902, Isabel González, a single, pregnant mother from Puerto Rico moving to New York, was denied entry on the grounds that she was an immigrant who was likely to become a public charge. González sued, arguing she wasn’t an “alien” but a U.S. citizen and thus not immigrating but simply moving, and therefore example from the “public charge” rule. In Gonzales v. Williams (1904), the Supreme Court agreed that González wasn’t an immigrant but did not go so far as to say she was a U.S. citizen—the people of Puerto Rico, which became a U.S. colony in 1898, would not be granted citizenship by Congress until 1917.

In 1999, the Clinton administration defined a public charge as anyone “primarily dependent on the government for subsistence, as demonstrated by either the receipt of public cash assistance for income maintenance, or institutionalization for long-term care at government expense.”

Then, in 2019, the Trump administration expanded the rule to include any immigrant who received one or more specified benefits for over 12 months in a 36-month period.

“The principle driving it is an old American value, and that’s self-sufficiency,” U.S. Citizenship and Immigration Services (USCIS) Acting Director Ken Cuccinelli told Fox News at the time. “It’s a core principle —the American Dream itself— and it’s one of the things that distinguishes us, and it’s central to the legal history in the U.S. back into the 1800s.”

Some have argued, however, that the Trump administration’s stance on immigration ran counter to the long-held belief of America as a “nation of immigrants” from all walks of life, irrespective of race, nationality, or class—a creed etched in bronze at the foot of the Statue of Liberty: “Give me your tired, your poor,/ Your huddled masses yearning to breathe free,/ The wretched refuse of your teeming shore.”

“[The 2019 rule] caused many noncitizens to be fearful of accessing benefits that Congress intended them to have, including noncitizens who are not subject to the public charge ground of inadmissibility, such as children in mixed-status households,” read the statement from DHS.

“By law, many categories of noncitizens are exempt from the public charge ground of inadmissibility and would not be subject to the proposed rule,” DHS added. “Some of these categories are refugees, asylees, noncitizens applying for or re-registering for temporary protected status (TPS), special immigration juveniles, T and U nonimmigrants, and self-petitioners under the Violence Against Women Act (VAWA).”

The Trump “public charge” rule was struck down by lower courts in 2020 and reaffirmed by the Ninth Circuit Court of Appeals later that year. The Supreme Court agreed to hear the case in 2021 but the Biden administration said it would not defend the Trump rule change, at which point 11 Republican-controlled states, led by Arizona, took up its defense.

“The Public Charge Rule is a commonsense policy based on a real inconvenient truth,” said Arizona Attorney General Mark Brnovich in a statement. “Overrunning our welfare programs right now would be like pulling back the last safety net for Americans who need it most.”