Young Latina Running to Represent Her Hometown in California 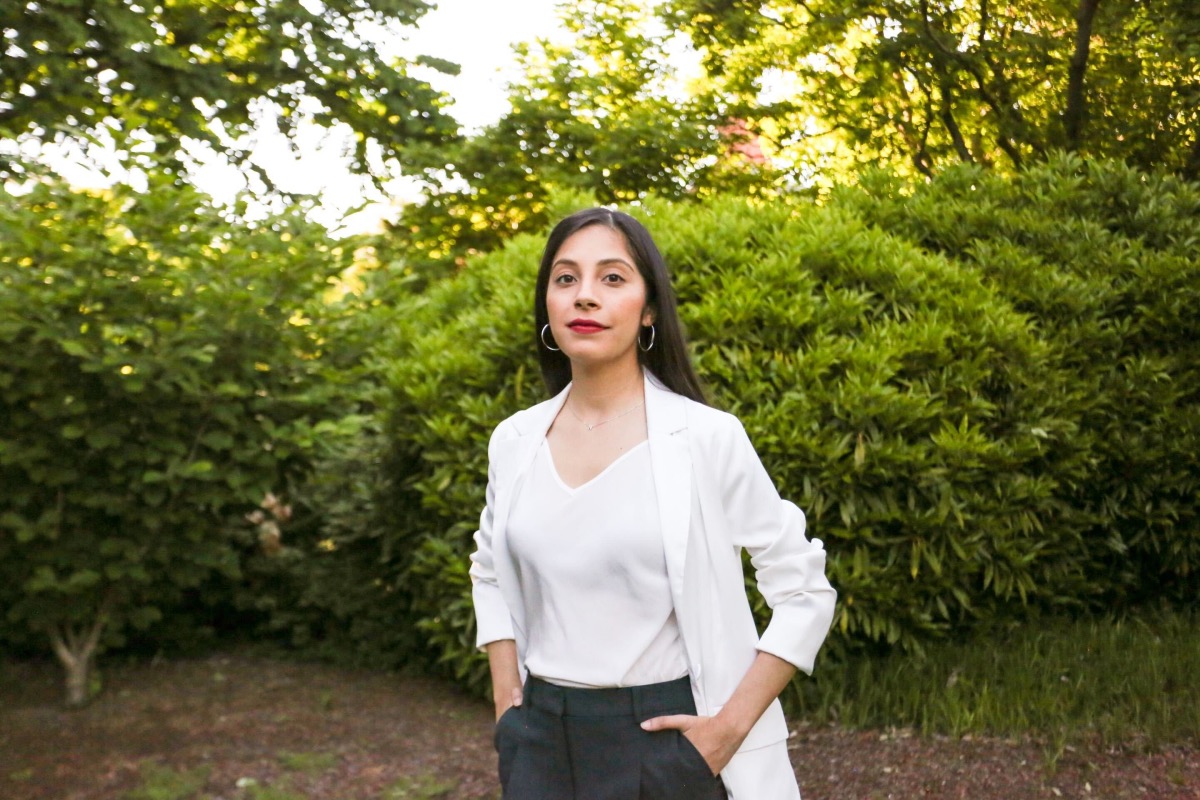 WASHINGTON, D.C. — Nicole López is running for Congress like her life and her family’s lives depend on it.

“When I first started running for Congress, people said I needed to get my narrative right about why. So I boiled it down to one sentence: because of the pandemic. But the real story is more nuanced,” says López, 27, a candidate in California’s newly redrawn 42nd congressional district, which will include parts of Southeast Los Angeles and Long Beach after the election.

“The part of the district I’m running for has been my home since birth. My dad grew up there. My grandmother and grandfather came here through the bracero program and set down roots in L.A.,” López tells Latino Rebels. “My district has a lot of heart. We work really hard.”

A half-century ago, López’s grandfather left his hometown in Michoacán, México to start a small business in Los Angeles transporting migrants from the border to Yakima, Washington, a family enterprise that has grown over the generations but was threatened by the pandemic.

“Like a lot of immigrant families, mine didn’t know how to fill out the applications for PPP loans,” recalls López. “As I spoke to the community members, they didn’t even know who their congressperson was. But people needed help. They needed to be kept safe during the pandemic. They needed to know how to reach out to their government for help. No one was helping them. Elected officials who claimed to represent our communities were not.”

López faces an uphill battle to win a seat in Congress after her hometown was redistricted last year. The districts currently represented by Reps. Lucille Roybal-Allard (40th) and Alan Lowenthall (47th) were combined following the 2020 census, and both California Democrats joined the wave of retirements their party faces this year, leaving the 42nd district with no incumbent.

“I’m running against well-established Democrats who have the support of the establishment,” López says. “They have loyalty and gatekeeping on their side. It’s not a fair playing field—it’s about who you know and who has favors to cash in. I don’t have favors to cash in like that. My dad didn’t graduate from high school. We don’t have big donors or endorsements we can call in.”

“But I’m not worried about that,” she adds. “I’m worried about getting the endorsement of la gente, which is all that really matters to me.”

While this is López’s first time running for office, her experience mobilizing women voters in her community during the last presidential election helps inform her approach to her own campaign.

“In 2020, I overworked myself and ended up in the hospital on the day of the election,” López recalls. “My best friend who took me to the hospital was like, ‘What’s going on?’ I said, ‘We cannot let Trump win. If he wins, my family will die.’ My dad is immunocompromised. My brother is a front-line worker—he was getting exposed to COVID on the daily. Our family business was on the brink of collapse. A lot of my family works for that business. So my big fear was, if Trump gets reelected, we are not going to make it out of this pandemic. And at the same time, we have elected officials who couldn’t care less about working-class families like mine.”

This time López is more mindful of her health as she approaches her campaign. She goes to therapy, hydrates, and spends time with her two dogs: Archie, a one-year-old Pomeranian, and Kim, a 14-year-old Chihuahua. These form part of the support system that López says has been vital to her candidacy so far.

“Campaigning as a first-time candidate who has never run for office before is no joke,” López says. “I’m still working a full-time job on East Coast hours. I start working at 5 a.m. until 3 p.m. (West Coast) time, then I campaign. I moved back in with my parents so I could save some money to campaign. So I’m running my campaign out of my childhood bedroom.”

López says women —especially women of color— are often discouraged from running for office, but that she overcame her hesitancy during a bike ride through her community at the height of the pandemic lockdown.

“When I was considering running for office,” she says, “I was talking to a lot of community members who had run campaigns who cast this doubt over my candidacy. They kept asking: ‘Are you sure you’re ready? You’re really young.’ And it started to set itself into my inner monologue that I’m not ready.

“But at that time I was riding my bicycle around my community to get some fresh air during quarantine. These doubts were swirling in my mind about whether I was ready, when suddenly I reached a moment of clarity. I told myself: ‘No, I am ready. I know what my community is going through. There will never be a perfect time to run.’

“I will never let peoples’ doubts about my age, gender, or background as a Latina, determine what I can and cannot do,” she says. “The men who I’ve talked to who are running for office were never told to doubt themselves the way I was being told to doubt myself. So during that bike ride back home, I realized that those doubts and that negativity weren’t stronger than my will and desire to give back to my community. I want to represent a district where people know my name, know my background, know where my family is from, and what we do in our community.”

While she may be excluded from the political backrooms and donor luncheons that López says are fueling her opponents’ candidacies, she is proud to campaign at bus stops, community centers, and immigrant rights marches instead.

“My community is made out of hustle,” says López. “We figure it out. I don’t have the pocket money to hire a firm that can do all the things that you don’t have time to do yourself. But none of that deters me, at all.”