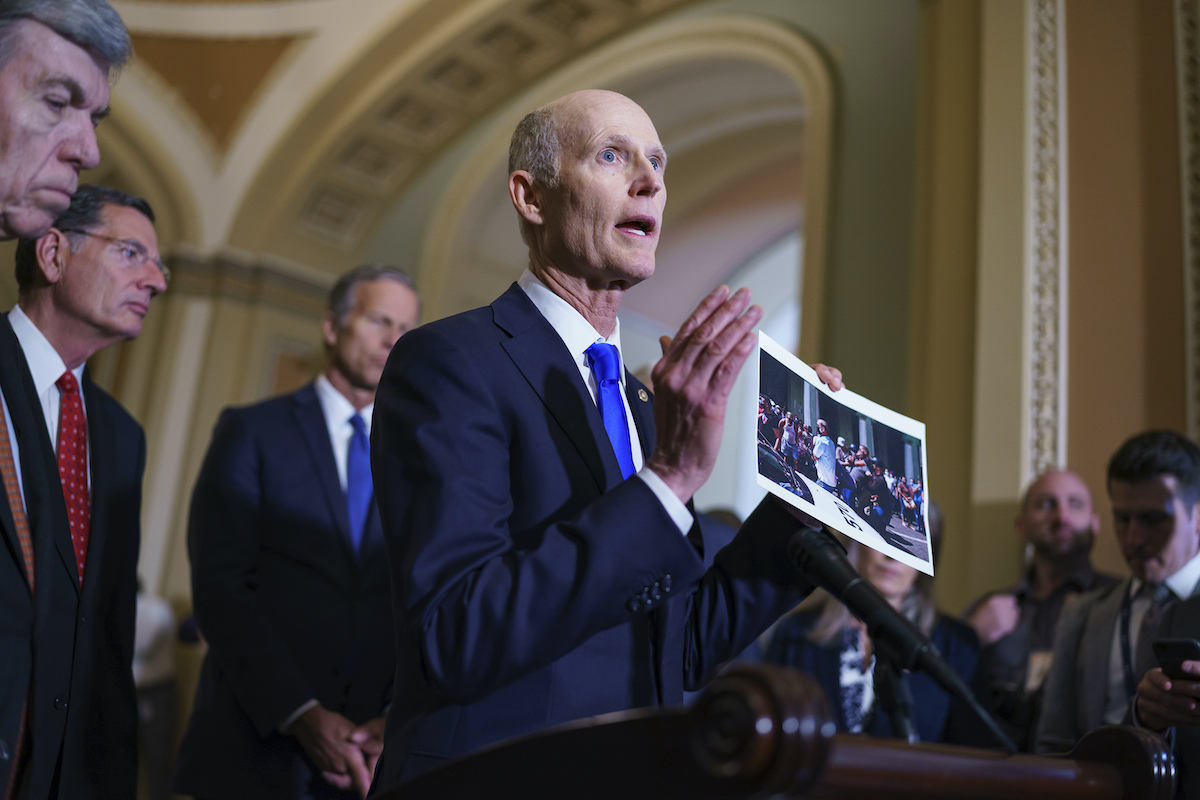 In a recent radio interview, Sen. Rick Scott (R-FL) expressed his doubts about the chances of Puerto Rican statehood in the current Congress.

Scott’s words should fall hard on advocates of Puerto Rican statehood, as he has been one of the movement’s most prominent proponents in government and “a voice for Puerto Rico in the United States Senate,” as he described himself in a September 2021 press statement commemorating the 500th anniversary of the founding of Puerto Rico’s capital city, San Juan.

In May 2018, Scott, who was then the governor of Florida but whose term was ending and was campaigning for the Senate, came out in favor of statehood at a rally in Kissimmee where he received the endorsement of Puerto Rico’s non-voting member of Congress, Resident Commissioner Jenniffer González-Colón.

Congress should “respect the will of the people of Puerto Rico,” Scott told the crowd, referring to a status referendum in Puerto Rico the year before in which the statehood option won a majority of votes.

Statehood won 97 percent of the votes, in fact, though only 23 percent of eligible voters participated, as many chose to boycott what was widely believed to be a “rigged” election.

“Gov. Rick Scott has been a consistent leader, supporter and advocate for the Puerto Rican community and for our families both on the island and here in Florida,” González-Colón said at the 2018 rally. “Thus, I am proud to once again announce my endorsement of Governor Scott, this time for the U.S. Senate, and I look forward to welcoming a dear friend and unconditional supporter of Puerto Rico to D.C.”

“Rick Scott kicking Puerto Rican evacuees out of his last event in Kissimmee tells everyone all they need to know about where he truly stands,” Soto said in a statement issued by the Florida Democratic Party.

Rep. Soto happens to be the sponsor of Puerto Rico Statehood Admission Act, along with González-Colón, which is currently under consideration by the House Natural Resources Committee, the Congressional body that directly oversees colonial affairs.

The Senate version of the bill, introduced by Sen. Martin Heinrich (D-NM), has yet to be cosponsored by Scott.

“Senator Scott already understands why Puerto Rico needs statehood. He has said publicly that the United States should ‘respect the will of the people of Puerto Rico,” reads an earlier statement from PR51st, a creation of the Puerto Rico Statehood Council. “This shows that Senator Scott understands that Puerto Rico has already voted for statehood. He will not be confused or ignorant about the situation. He is therefore in a good position to take a leadership role on the statehood bill for the Senate.”

Puerto Rico is currently several years into a debt crisis, as decades of mismanagement, corruption, and federal policies, worsened by a recent series of natural disasters, have left the U.S. colony’s finances in shambles.