The Boricua Diaspora: A Voice That Will Not Be Silenced (OPINION) 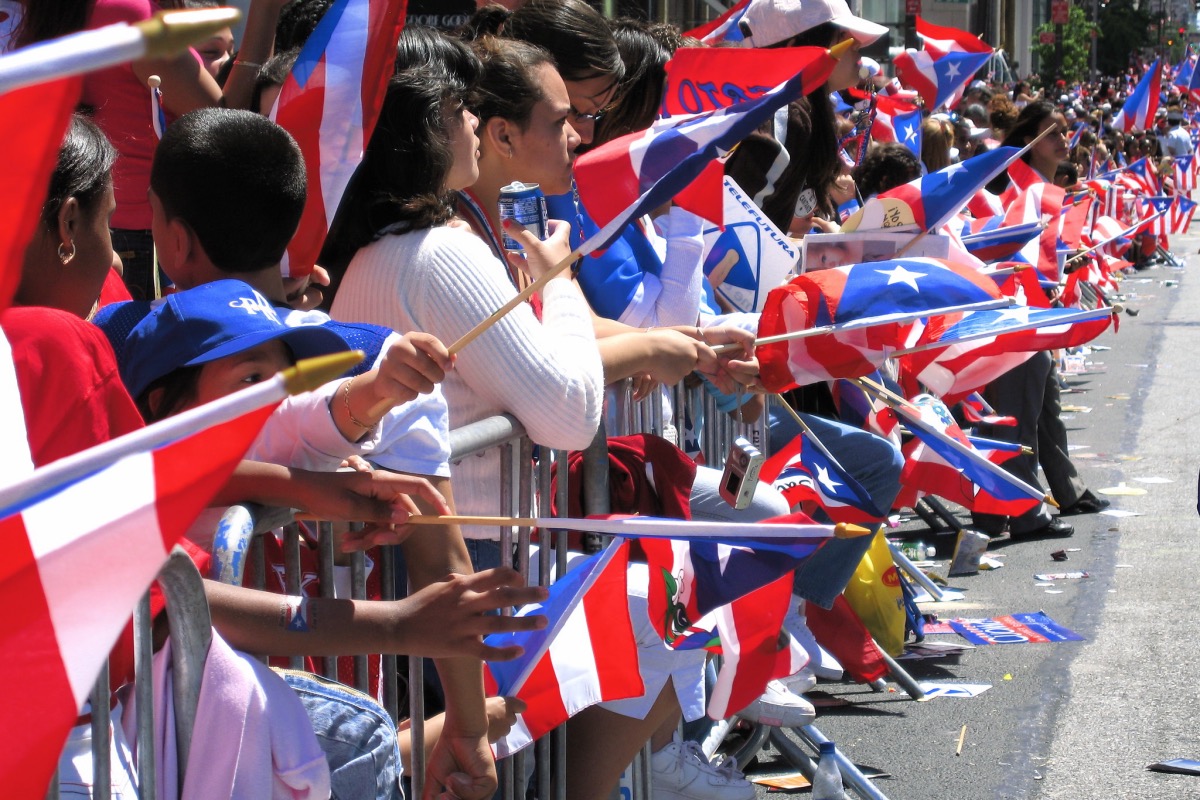 These are words used to describe the Boricua Diaspora. They have always been derogatory, but as the political and social architecture of Puerto Rico changes and a younger generation fights for self-determination and independence, today this nomenclature is a scarlet D branding “los que se fueron” (those who left) as outcasts who do not deserve their Puertoricanness.

The Diaspora has become a political battlefield between those who want a permanent union with the United States and those who want freedom. The narrative divides Puerto Ricans at a time when the island and its people should be more unified than ever. To be Puerto Rican shouldn’t hinge on where you find yourself living.

“We are one nation, divided by the sea—but we are still one nation,” Maria de Lourdes Santiago, vice-president of the Puerto Rican Independence Party (PIP), said when I asked her about the Diaspora and its role in the island’s future.

“I find it unbelievably touching that second and third-generation Puerto Ricans still feel themselves to be Puerto Rican, even when they don’t speak Spanish,” she said.

Many of us “brincamos el charco” (jump the puddle)—it’s part of our history. Colonialism warped us into a commuter nation.

It started with the Great Migration of the 1950s and 1960s —although there were small groups of Puerto Ricans living in New York since the early 1900s at least— when U.S. policies transformed the archipelago’s economy from a monocultural plantation economy into a platform for export production in factories.

Market dislodgement caused by colonial forces left many Puerto Ricans with no choice but to migrate in search of jobs. U.S. factories recruited heavily on the island and their promise of a “land of milk and honey” saw hundreds get on “la Guagua Aerea” (air bus), hollowed out planes with plastic lawn chairs for seats.

With this migration of workers, the U.S. got “tomateros” (tomato pickers), or cheap labor, and Boricuas became “colonial immigrants,” the first mass migration of a mixed-racial group, forever cast as the bad guys in West Side Story, even to this day.

By the 1960s, more than a million Puerto Ricans had migrated to the U.S., but the land of milk and honey turned out to taste like cold ash, with Boricuas discriminated both at home —“they are not real Puerto Ricans”— and in the metropolis.

“As Latinos and Boricuas we have all suffered discrimination, no matter if you are white, brown, or black,” Richard Figueroa, a Puerto Rican working at the State Department, told me during a conversation about the Diaspora.

“You know what I am talking about because you have lived among the ultra-WASP and the simple fact of being Catholic (which most Puerto Ricans are), or having a slight accent is enough for them to belittle your skills and experience,” he said.

You end up not belonging, singing the song “No soy de aquí, ni soy de allà“(I’m not from here nor there). Being part of the Diaspora is living half of your existence in the abandoned ruins of a lost country.

There is little difference between the Diaspora of the 1950s and the one of the last dozen or so years. Both are economically driven —the first was through recruitment, the second was born out of necessity— but the main difference is that today’s migration is mostly of the young.

This has fueled a population decline that exceeds the Great Migration, stripping the island of its human capital.

Young Boricuas grew up under a $70 billion debt; a fiscal control board; cuts to education, pensions, health services; the aftermath of Hurricanes Irma and María; earthquakes; corrupt governments; a pandemic; and now the gentrification of the island that threatens to marginalize Puerto Ricans in their own homeland. The generación de “Yo no me dejo” (the generation of “I won’t allow it”) was radicalized by what they lived through and the evolution of society into a more fluid one. They took to the streets and brought down the pro-statehood government of Gov. Ricardo Rosselló in the summer of 2019.

Both the young Boricuas that left and those that stayed, together with many of the older Puerto Ricans born on the island and educated in the U.S. and Europe, today advocate self-determination and the end of the present colonial relationship with the U.S. This has turned the resentment towards the Diaspora from elitist and classist into political.

Some of that resentment is understandable because those that don’t live on the island have not had to go through the catastrophes of the last 10 years, living them on a daily basis. And yes, it is easier to speak from a place of safety and alleged comfort.

Yet most of the worse vitriol is political and it comes from those that favor statehood—or let me clarify, those that favor statehood and belong to the pro-statehood New Progressive Party (PNP.) Many PNP statehooders try to silence the voices of the Diaspora by repeating, like a mantra, “Vete a Cuba o Venezuela” (“Go to Cuba or Venezuela”), whatever that means. You see it expressed on social media—and not in the kindest of terms.

The problem is that many statehooders have a malformed and uneducated concept of what life in the U.S. is like. It is not, as we have said before, the land of milk and honey.

And they can’t accept that the Diaspora has a strong voice on Capitol Hill and that times are changing. In the last election, the PNP won just over 32 percent of the votes, with opposition parties advocating self-determination and independence getting the same between the two.

Following this trend, the gubernatorial elections in 2024 should be decisive.

So it is imperative that, no matter the slings and arrows directed at the Diaspora —much of them flung from our own people— we continue to fight from afar.

Silence is not an option—not now, not ever.

One response to “The Boricua Diaspora: A Voice That Will Not Be Silenced (OPINION)”