Francia Márquez Is Changing the Face of Colombian Politics (OPINION) 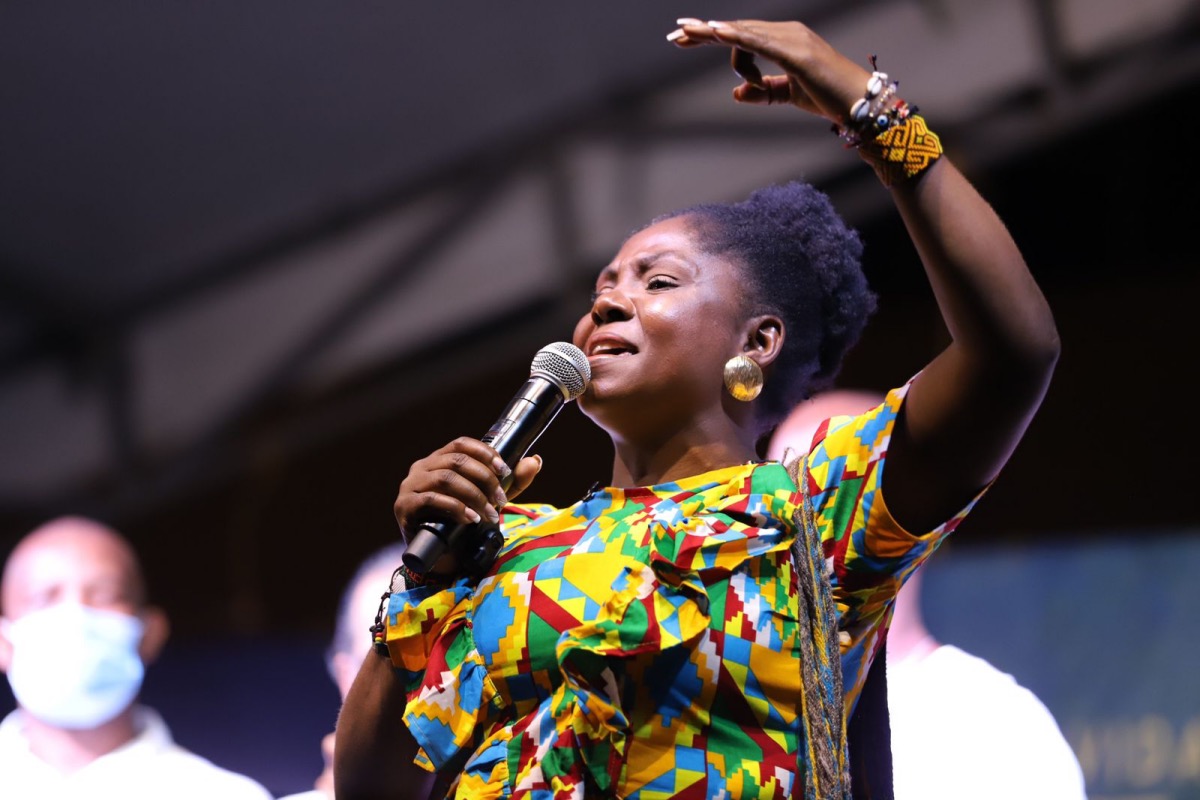 MADRID — The final remarks of the first major televised presidential debate in Colombia a month ago were offered to Francia Márquez, the outsider who was only invited at the last minute. With an electrifying five-minute speech, the 40-year-old environmental activist presented herself to the country at large, despite her last words being directed to her fellow candidates.

“The country expects more from you,” she told the other on stage. “It doesn’t expect the same discourse. Young people expect more from you, not just finger-pointing and criminalization. They expect a political leadership capable of solving the structural difficulties that are making Colombia suffer today.”

Unafraid of touching taboo topics, such as prevalent violence or drug trafficking, and challenging traditional political narratives, Márquez proved a breath of fresh air and finished as the unlikely star of the debate. All the while, her opponents exchanged attacks back-and-forth but provided remarkably little content.

Still, overall, Márquez remains shadowed by the well-known surnames of the career politicians she is up against.

The odds are not on her side. She faces former presidential runner-up and current favorite, Gustavo Petro, in the March 13 primaries. But if she gets second place, as she appears to be on track to do so, she should become his vice-presidential running mate, bringing her one step away from being the most powerful person in the Colombian government.

She can also claim something none of the other candidates can in such a polarized landscape: according to the latest poll, she is the only one with a higher positive perception than a negative one. This shows her ideas are resonating beyond her theoretically limited electorate, mainly among the youth, and her competitors are taking note of the wake-up call she represents.

Some of her major themes, such as drug legalization and serious consideration for the most remote and abandoned regions of the country, are starting to appear in some of the others’ discourses, even outside of the left. This, she says, is a victory in itself.

The honesty with which she presents herself might have something to do with it. She is, as she says so herself in her bright dresses and recurrent headpieces or braids, nothing more and nothing less than a Black woman from a remote village in the state of Cauca, on the impoverished Pacific coast of the country—quite the opposite of what Colombians are used to seeing in the halls of power.

But she is not a complete unknown either. She had made headlines back in 2018 when she won the Goldman Environmental Prize, known as the “green Nobel Prize.” But environmentalism is no longer her main pitch. Rather, she claims to be a voice of whom she calls the nobodies: the silenced majority of Blacks, Indigenous, peasants and women of the countryside who have lived through decades of war and exclusion. Going on the vociferous reception she is getting from diverse crowds at her recent campaign events, hers is not an entirely baseless claim.

She herself has been a victim of the armed conflict, one of almost 10 million in the country, forcibly displaced, continuously threatened, and even attacked with grenades two years ago for her activism—her state-provided security team managed to fight off the attackers. Unfortunately, the fact there have been attempts to kill her, and there continues to be a high risk of more, is not a surprise considering Colombia is the most dangerous country in the world for environmentalists and other grassroots leaders, with 145 killed last year alone.

Consequently, her main goal is to tackle the culture of violence and impunity that has stained the country for decades. Márquez’s is a “politics for life,” she repeats continuously. The first step in doing so, she says, is acknowledging why the violence originates in the first place. To her, the answer is clear: state abandonment, which has promoted the systematic violation of the rule of law as a means of control and survival, particularly in remote areas.

This is a contentious opinion in a country where heavy-handed, militaristic discourse has prevailed politically for generations, and where violence has been getting worse since a historic peace treaty was signed with the biggest insurgent group, the FARC, six years ago. In fact, among the rightwing, it has earned her the unsupported tag of being a guerrilla sympathizer.

Her economic position also differs from most other candidates’, although it is roughly aligned with that of Gustavo Petro. Both espouse the need to move away from oil and coal exports as Colombia’s main source of legal income, and instead bolster the agricultural sector, which both claim has enormous potential—another example of her “politics for life.”

Both Petro and Márquez also urge reinforcement of national production, citing decades of free-trade agreements with countries far and wide, which have flooded the internal market with cheap foreign products and destroyed large parts of local production. The pandemic, they argue, has shown the fragility of this system, as supplies became scarce due to global delays, prices rose, and millions of Colombians went hungry—one of the many reasons for the months-long protests that gripped the country last year, and which Márquez hopes to channel politically.

Márquez also advocates for the legalization of drugs in order to lift the industry out from the shadows and into the hands of the impoverished peasants who grow coca or marijuana plants. Prohibitionist strategies, she says, have not worked, evinced by the fact that today Colombia’s drug production is at an all-time high, but the money stays with the cartels while nearly 40 percent of Colombians live below or at poverty line, according to a 2020 report from the Economic Commission for Latin America and the Caribbean.

A final, detailed plan, which will include points on Indigenous rights, women’s rights, and stronger environmental protection, among others, is in development as Márquez tours the country on the campaign trail, listening to people’s plight and needs. The bottom-up approach is explained through her slogan, “I am because we are,” a translation of the African Ubuntu ethos, which has survived for generations within the Afro-Colombian communities on the Pacific coast. Perhaps this ancestral and communal ideology won’t seep into the mainstream discourse, but many of her other points already have.

Regardless of electoral results, the political landscape in Colombia has been altered, hopefully forever, by the mere presence of Francia Márquez.

Nicholas Dale Leal is a Colombian-British journalist based in Madrid. Twitter: @ndaleleal