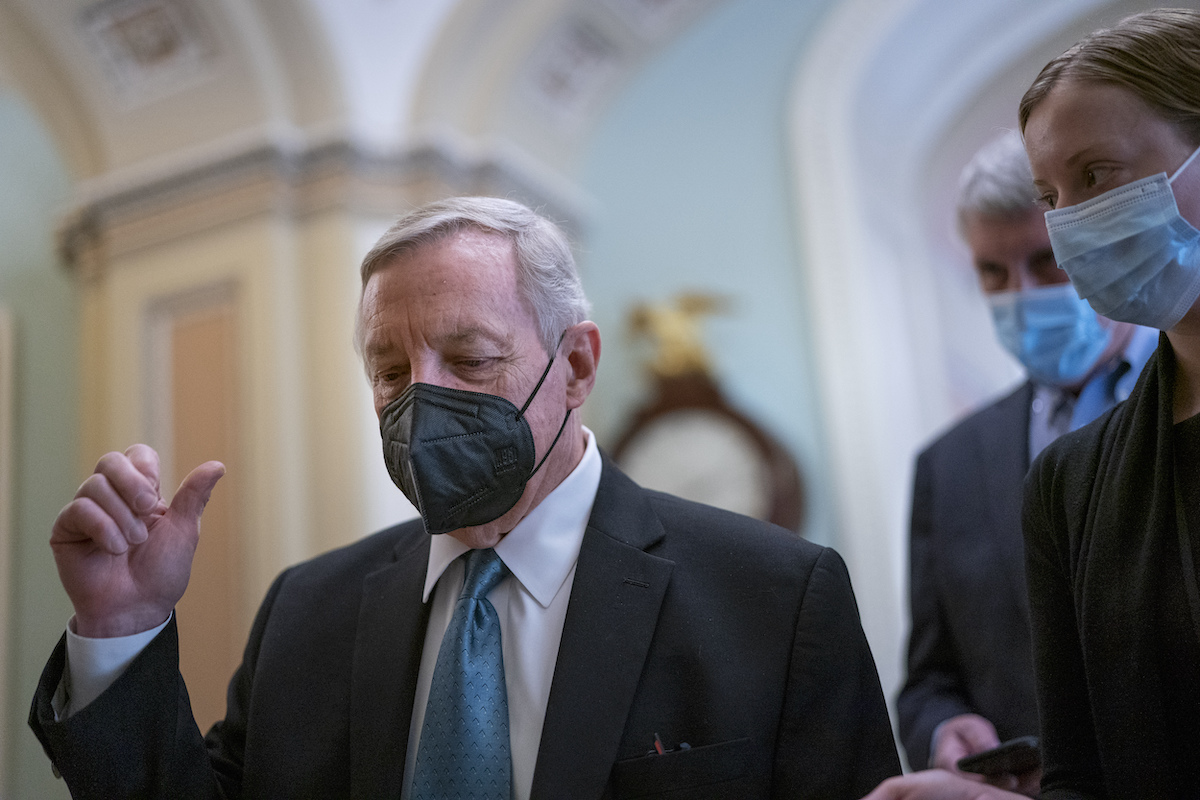 The Resolving Extended Limbo for Immigrant Employees and Families (RELIEF) Act would eliminate the family- and employment-based green card backlogs, reclassify spouses and children of legal permanent residents as immediate relatives, except derivative beneficiaries of employment-based petitions from annual green card limits, and protect immigrant youth who qualify from aging out of their legal permanent resident status. The bill would also lift per-country limitations.

“I urge all my colleagues to support this important, commonsense fix,” said Cortez Masto. “This bill would provide relief to hardworking families and to employees across the country who are burdened by our green card backlog.”

Nonetheless, Blunt and Manchin sympathized with the plight of backlog immigrants.

“There’s some kids that actually have to go back to the country their parents brought them here from and then apply to come back, and they’re not included in the Dreamer group,” said Blunt. “I’m for straightening that out.”

“I’m pro-Dreamer,” he added, “but I’m also for kids who grew up here whose parents were here legally who don’t have the same opportunity to stay in the United States where they grew up.”

“I’d keep those people here in a heartbeat,” said Manchin when asked by Latino Rebels if he supports relief provisions for legal immigrants in backlogs. “They’re productive, they can be very helpful, and we need them.”

Within hours of the RELIEF Act’s introduction in the Senate, backlog immigrants took to Twitter to point out that the bill had been introduced before.

It will have the same fate as 2019 RELIEFAct. Such bills are introduced as a weapon against a passable bill like EagleAct.https://t.co/kyuYSX4FvY#EagleAct pic.twitter.com/MlG8e0c5j3

The popular backlog cartoonist “Freedomstrokes” posted several comics they had made about the RELIEF Act in the past.

His new bill to keep people in backlog!! pic.twitter.com/8I665OcHTf

Immigration Voice, a group at the forefront of pushing for backlog relief in Congress, issued a statement blasting the RELIEF Act:

“Senator Durbin has cynically introduced the RELIEF Act, a partisan bill that he knows has no chance of passage so he can deflect blame for his failure to solve the massive problems experienced every day by people in the racist green card backlog.

“Last session the bi-partisan Fairness for High Skilled Immigrants Act passed the Senate unanimously and could have been easily used by Senator Durbin as a template for a solution in this Congress. That same bill has been re-introduced in the House as the EAGLE Act.

“Senator Durbin should immediately pick up the baton in the Senate with the bill he agreed to last year, and actually help immigrants by working to pass a bill, rather than harming them by introducing a messaging bill with no chance of passage.

“One day, Senator Durbin will have to account for a 30-year Senate career with absolutely no legislative accomplishments that actually helped any immigrants, and he will realize actions like this rather than working to pass proven bipartisan bills are the reason for his failure. And immigrants will know that if a person accomplished nothing for 30-years, that was probably their objective all along.”