From EL FARO ENGLISH: Feminism Under Fire in Central America 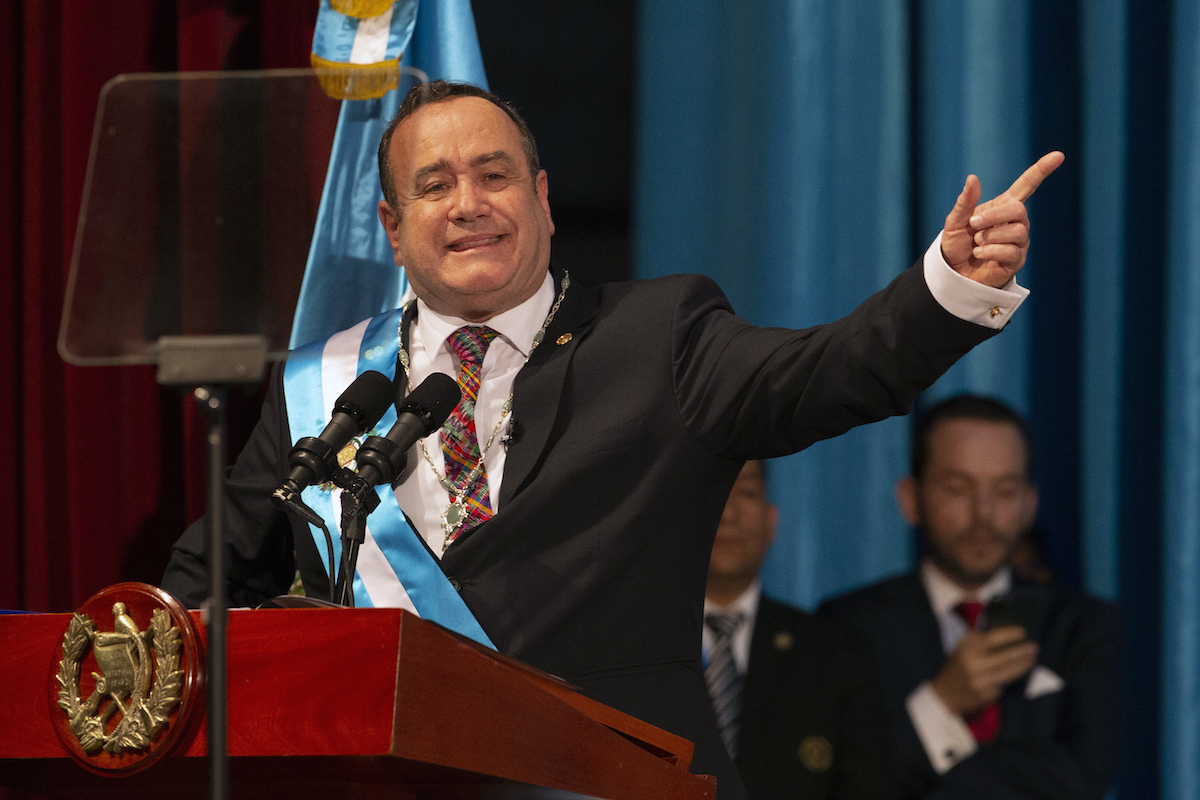 Central America’s 8M: Guatemala marked International Women’s Day by voting to increase sentences for abortion and outlaw sex ed. El Salvador announced plans to repeal the violence against women law. There was no 8M march in Nicaragua and key feminist leaders remain in prison. Only Honduras’ first female president stepped up this week by proposing a law against gender violence and weighing lifting a ban on emergency contraception.

On Tuesday, as feminist groups marched through Guatemala City to commemorate Women’s Day, the Congress increased penalties for abortion to up to 24 years in prison in the case of doctors, outlawed same-sex marriage, and prohibited teaching about reproductive health and sexual diversity in schools.

The controversial “Law for the Protection of Life and Family,” also known as the 5272 proposal, had been stalled in Congress for more than two years.

Congresswoman Lucrecia Mack of the Semilla party, one of just eight lawmakers to vote against the law, called it a major setback. “We would be in the situation like in El Salvador, where miscarriages are suspected,” Mack told El Faro English. “Imagine a woman who loses her baby, who is in mourning, and on top of that they accuse her of wrongful abortion and she has to go to prison.”

The law also requires all government officials to conform to the standards laid out in the law, which consider any form of sexual diversity abnormal. Mack called this a violation of officials’ rights to free expression.

President Alejandro Giammattei attended the session of Congress Tuesday to applaud the bill’s passage, but on Thursday announced he would veto it, alleging it violates the constitution. His announcement came after the Human Rights ombudsman said he would challenge the law on human rights grounds, and experts said the law could be challenged through the Constitutional Court. Even the pro-life group Family Matters Association (AFI) criticized some details of the law, such as the criminalization of miscarriages.

It’s unclear if that’s why Giammattei stepped back. Weeks ago, he decreed March 9 —his birthday— Day of the Family, in an obvious provocation against 8M claims. “Guatemala is a light to the nations,” he tweeted Wednesday at the inauguration of a monument self-declaring Guatemala the “pro-life capital of Iberoamerica.” Flags near the monument included those of Brazil and Saudi Arabia.

Both Giammattei and his predecessor, Jimmy Morales, have catered to religious influences to deflect public attention from serious accusations of corruption.

Mack categorized the passing of the law as part of an alliance between conservative groups, religious parties, and Giammattei’s government to promote an “agenda of corruption and regression,” Mack said. “Everything is connected.”

In El Salvador, Feminists are the New Enemy

Lawmakers from Bukele’s Nuevas Ideas party proposed repealing a key women’s rights law in the lead-up to March 8. The law, known as the Special Integral Law for a Life Free of Gender Violence (LEIV), went into effect in 2011 and defines and sanctions various forms of gender violence. Nuevas Ideas Congresswoman Marcela Pineda said the law should be overturned because it “doesn’t work” and “does not meet expectations.”

“This law was created with a lot of work from the feminist movement,” feminist activist Morena Herrera told El Faro English. “It’s a law that recognizes the right to live without violence.”

Herrera questioned the motives of the Nuevas Ideas legislators, who she said have not met with the feminist movement to consider their perspectives. “They want to pretend that they are doing something for women’s rights, even though in practice they do little or nothing,” she said, citing a lack of funding for institutions dealing with women’s rights and a sexual education law as other neglected priorities.

Once a supposed leftist, since in office President Bukele has shifted his stance towards the feminist movement. “Loyal to his tradition of seeing enemies everywhere, Bukele has also attacked feminists,” writes El Faro’s María Luz Nóchez. He accused them of being aligned with the FMLN party, and in November 2021 his government raided the offices of feminist organization Las Melidas on unfounded embezzlement accusations.

“Born with Care,” the Bukele administration’s signature women’s rights policy written by the First Lady Gabriela Rodríguez de Bukele, promises to improve prenatal and postnatal care, but abortion remains banned in all cases.
Meanwhile, rates of gender violence, including disappearances, are still high. “It’s useless to be born with care if I’m going to end up in a clandestine grave,” one protester told El Faro at the women’s march on Sunday.

Will Honduras Bring Back the Morning-After Pill?

The new president of Honduras openly calls herself a feminist. President Xiomara Castro addressed Congress during a special session on March 8: “Women will be, starting today and forever, the most important factor to obtain justice, equality, and development of our country,” she said, before announcing various bill proposals, including a law to sanction gender violence.

It’s one of three topics that feminist groups discussed with Castro at a meeting on Tuesday. They also discussed lifting a ban on the day-after pill, outlawed in Honduras since 2009. “It would give us back the first right that was taken from us after the coup,” Sandy Arteaga, member of the Strategic Group for the Emergency Contraception Pill (GE-PAE), told El Faro English.

Lifting the ban on the day-after pill was one of Castro’s campaign promises, along with decriminalizing abortion in three cases. Her party does not hold enough seats in Congress to depenalize abortion without support from other parties, which are more conservative.

Members of the meeting with Castro told El Faro English that the government was still considering expert opinions before deciding to lift the ban, which can be done by a new decree by the president, or a decision by the health minister or the council of all the ministers.

“We have an opening with this president and her cabinet,” said Regina Fonseca, founder of the Center for Women’s Rights (CDM) after the meeting Tuesday. “Today is the first day of a new era of the fight that we’ve been fighting.”

Nicaragua: A Movement Imprisoned and Exiled

The suspension of civil liberties under the Ortega-Murillo government has meant that feminist leaders have been unable to hold a march for the past four years. Instead, some exiled Nicaraguan feminists protested at the marches in Mexico City or San José.

Their demands included the release of political prisoners, including feminist leaders Ana Margarita Vijil, Tamara Dávila, Suyen Barahona, and Dora María Téllez, who have been convicted in recent weeks in the government’s sham trials.

Since the government crackdown intensified against opposition leaders and civil society in the wake of 2018 protests, Nicaragua’s feminist movement has been a target of government attacks. In mid-February, some of the last remaining women’s rights organizations operating in Nicaragua, including the Association for Workers and Unemployed Women Maria Elena Cuadra, were forced to shut down when legislators stripped them of their legal status.

“This regime doesn’t tolerate that feminists dismantle their false discourse of gender equality, revealing the profound gaps in inequality, poverty and violence that women, girls and youth suffer,” tweeted the Feminist Articulation of Nicaraguan on Tuesday.

“Even though this March 8, we can’t carry out any commemoration, along with our Central American and Latin American sisters and the world, we continue to scream: ‘No to war, no to dictatorship, no to machismo!'” they said.