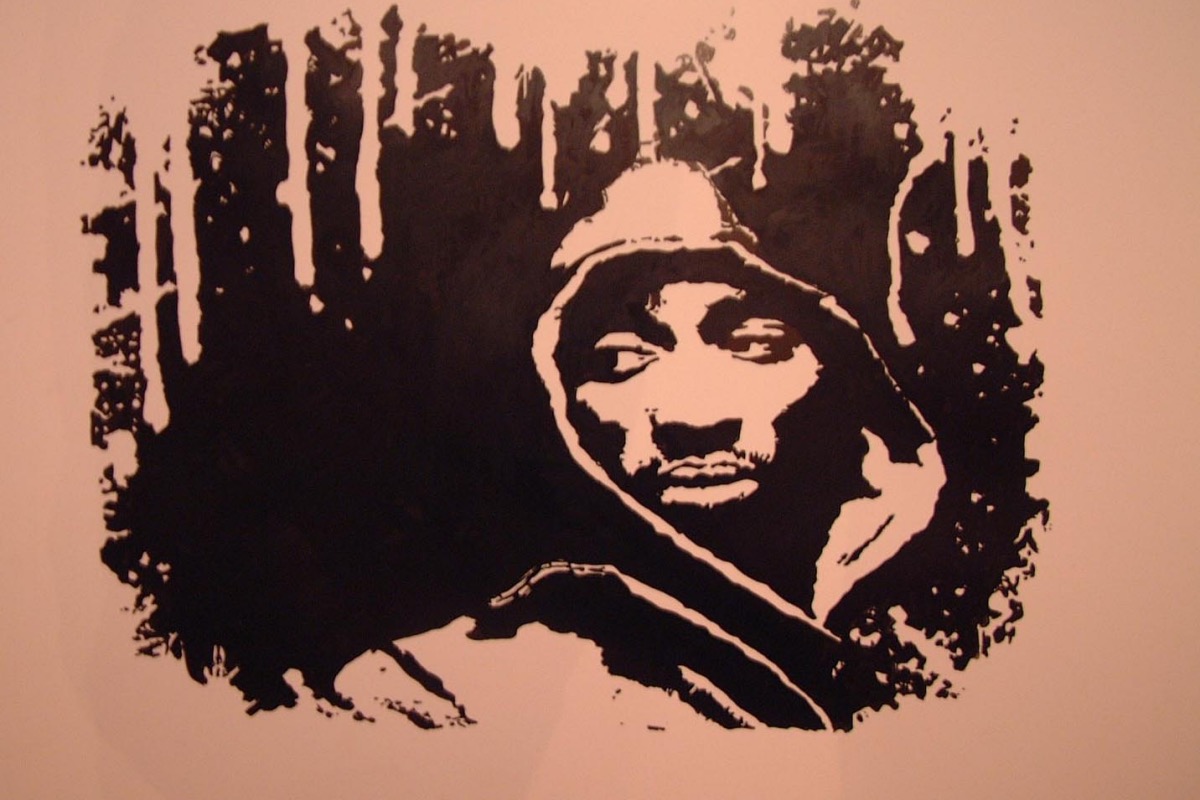 “QUESTION:
WHEN WILL THERE BE PEACE ON EARTH?
ANSWER: WHEN THE EARTH FALLS 2 PIECES!!”

— “The Unanswerable?” by Tupac “2Pac” Shakur

Written before he turned 18, 2Pac’s simple poem still resonates today, particularly for the marginalized of all kinds and in light of looming global (perhaps even nuclear) war.

I often wonder why religious leaders and politicians continue to peddle hope in a better tomorrow or in an alternative world (i.e., the Kingdom of God) when not much has changed over the last few decades. In fact, some might argue that things have gotten worse.

Just thinking about irreversible ecological devastation renders hope in a brighter collective future illusory. What if history is, as French philosopher Michel Foucault claims, one of domination upon domination?

Even local bookstores cannot escape the collective sense of gloom and doom. How Democracies Die, Microfascism, and In Defense of Nihilism were just some of the titles I saw displayed prominently as bestsellers upon walking into my local bookstore on a crisp winter afternoon. The popularity of these titles might suggest a collective angst (which I acutely feel) toward the current fragile state of our democracy as it collapses under the weight of extreme political polarization, unpunished corruption by certain politicians and billionaires, and the rise of white supremacy and alt-right factions operating with impunity.

Add to this a recent report that coastal sea levels are expected to rise by a foot or more by 2050, and suddenly Billy Joel’s catchy chorus seems apt: “We didn’t start the fire/ It was always burning since the world’s been turning.”

So would it not be more honest to face life through realistic or even pessimistic lenses, leaving hope aside—even if only briefly? In Embracing Hopelessness, theologian Miguel De La Torre provocatively suggests that “the first step toward liberation requires the crucifixion of hope.”

I think he’s right, and perhaps one neglected biblical book agrees with him too. Ecclesiastes seems to espouse a hopeless and even pessimistic philosophy: “‘Meaningless! Meaningless!’ says the Teacher. ‘Utterly meaningless! Everything is meaningless.'”

The global pandemic, which exposed and exacerbated global inequalities —access to healthcare, for example— has left many keenly aware of what it means to live in precarity,  to teeter on the edge of nonexistence.

Perhaps the time is ripe to embrace hopelessness amid senseless and widespread death, seemingly irreversible ecological degradation, and unchecked corruption and hypocrisy by financial and political elites. How can we continue to have faith in a two-party political system, especially in the wake of the Citizens United decision that granted corporations personhood and the right to make limitless donations to campaigns that benefit their bottom lines?  Democracy seems to have reached its breaking point.

It’s no surprise, then, to hear of increased feelings of hopelessness or pessimism in once-cherished institutions like the church or government.

My college students, for example, often express despair at both their personal and collective futures, citing limited economic and professional opportunities within an increasingly technocratic economy that they believe only benefits the wealthy elite. Many of them have even told me that they don’t want to bring children into this burning (literally and metaphorically) world. Others highlight how empty talk of justice seems considering blatant corporate greenwashing or social washing. Widespread images of Black bodies crushed under the weight of law enforcement and migrant children, usually Brown and from Central America or the Middle East, caged like animals in for-profit detention centers also belie any collective hope for justice.

My students are relatively privileged, coming from wealthy families and attending an expensive, selective Catholic university, so perhaps they can afford to entertain the hopelessness of their collective futures and harbor pessimism toward social justice and the nation’s institutions and leaders. But what about those from marginalized identities and communities, those crushed by unemployment, inflation, questionable religious rhetoric, unjust application of laws, violence, and a lack of access to affordable housing, adequate medical care, and decent schooling? Can those who truly live in precarity every minute of every day afford to be hopeless and pessimistic?

Whenever this question surfaces, I find myself haunted by a familiar voice, one that takes me back to my teen years. “I’m hopeless, they should have killed me as a baby/ And now they got me trapped in the storm/ I’m goin crazy,” raps 2Pac in “Lord Knows,” off his introspective and quite nihilistic 1995 album, appropriately titled Me Against the World.

Ever the theologian, 2Pac’s lyrical repertoire features reflections on hell, God, and death—all against the backdrop of a bleak urban landscape saturated with police brutality, extreme poverty, and rampant drug use and prostitution.

“They wonder if I’m hellbound/ Well, Hell can’t be worse than this, ‘cause I’m in Hell now,” he says in the posthumous “Only Fear of Death.” The song also contains a meditation on divine absence that rivals the ruminations of some Catholic mystics: “Fallin to pieces, am I guilty?/ I pray to the Lord/ But he ignores me, unfortunately, ‘cause I’m guilty.”

This angst at feeling “trapped” within the loop of his context leads the then 23-year-old to plead for release in the heartwrenching “So Many Tears”: “Take me away from all the pressure and all the pain/ Show me happiness again, I’m goin’ blind/ I spend my time in this cell, ain’t livin’ well/ I know my destiny is hell, where did I fail?”

During interviews and in the song “Krazy,” 2Pac would reiterate, “You ain’t gotta be in jail to be doin’ time.” So one’s bedroom or even neighborhood can become as claustrophobic and torturous as a standard 6×8 cell.

Even one’s mind can become a prison, especially when promises of justice and equality fail to materialize, leaving one to wonder whether cruel optimism is just another form of hell. Or is it another opiate meant to keep certain bodies tuned into the political and economic machinery?

“The realization that there is nothing to lose becomes a catalyst for praxis,” De La Torre notes. Hope keeps us hanging on to the belief that things can be better down the line but always within the same social, political, economic, and even religious arrangements of today.

Though 2Pac’s haunting voice still reverberates with the multitude who feel hopeless within urban settings, his pain and suspicion extend to the marginalized the world over. Today’s concerns seem identical to yesterday’s. Perhaps the most effective forms of resistance include embracing hopelessness and adopting a pessimistic stance toward individuals and institutions that promise change.

In his poem “The Promise,” 2Pac writes: “The promise that they claim 2 be completely true is hypocrisy at its finest/ A trick 2 silence u/ never will I believe a promise from the masters of the Art/ Trickery does not succeed with those with Honest Hearts.”

Honest hearts should not fear confronting and even embracing the hopelessness spawned by our reality. One would be heartless to ignore or brush aside the hollowness of words of hope and promises of justice while children continue to endure living in cages and such brazen corruption goes unpunished.

Hope needs a sabbatical out of respect for those who feel like they are in hell now. Asserting hopelessness might be the only form of true agency left for those staring death in the face daily amid disingenuous coddling or empty reassurances of a better tomorrow. If hope gives meaning, perhaps the time has come for that meaning to collapse.

Who knows what can emerge from the ruinous pieces.

César “CJ” Baldelomar is a third-year doctoral student in theology and education at Boston College. His research blends critical theory and decolonial thought, exploring how knowledge production (theory and scholarship) and consumption (teaching and learning) inform identity formation and the development of local and international ethical and legal paradigms. See his Boston College profile for more information.

3 responses to “Crucifying Hope: Lessons From 2Pac on Angst (OPINION)”