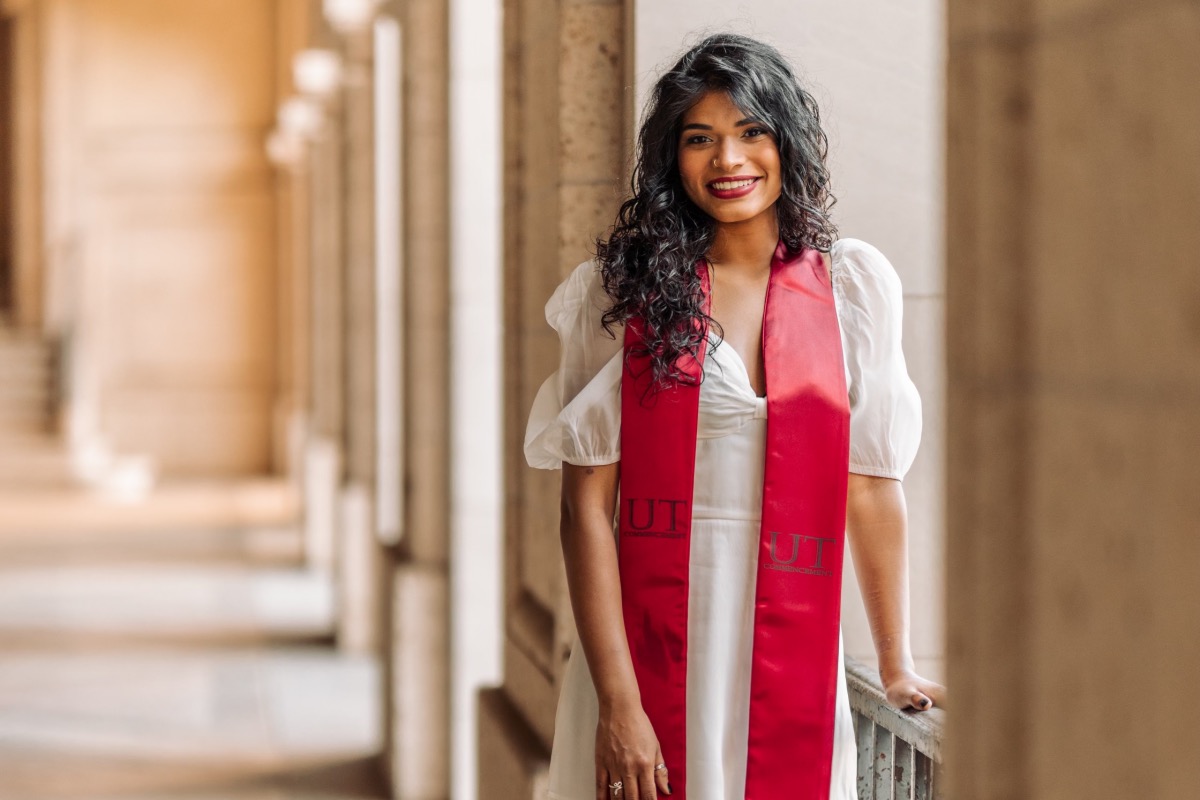 Athulya Rajakumar, a 23-year-old journalist in Texas, faces self-deportation back to her home country of India when her visa status expires later this year (Photo courtesy of Athulya Rajakumar)

WASHINGTON, D.C. — Athulya Rajakumar was born in India but migrated to the United States as a four-year-old and has lived here ever since.

“I’ve never been in America for one day as an unlawful resident,” said Rajakumar, 23, in her testimony on Tuesday before the Senate Judiciary Committee’s subcommittee on immigration. “I worked hard, earned good grades to get direct admission into my dream program … to pursue my long-term goal of becoming a journalist so I could use my voice to bring awareness to important issues.”

Hard work almost paid off for Rajakumar. As a student, she worked for The Daily Texan, then interned at the local NBC affiliate in Austin.

“I got a full-time offer from a major news corporation in Houston, a top ten market, but the same company that saw my potential withdrew their offer the second they heard about my visa status,” said Rajakumar.

“Without a change, in 8 months, I will be forced to leave not only my home of 20 years, but also my mom, who is my only family left.” (3/3) pic.twitter.com/WBrkn4sEOI

Now Rajakumar faces self-deportation to India when the clock runs out on her immigration status later this year.

“In eight months, I will be forced to leave not only my home of 20 years, but also my mom who is my only family left,” she said. “If I had to leave … it means returning to a country that I’ve only ever been to twice before; a place where I have no place to live, no means of transportation, let alone a license, a career, or support system, because apart from my mother even my most extended family reside in the U.S. If I had to leave, it would mean quite literally starting over from scratch.”

For immigrant youth in Rajakumar’s situation, self-deportation is the only legal path forward for them when their status expires.

“Any job is going to require an H1B sponsorship,” said Rajakumar in an interview with Latino Rebels.

H1B sponsorship requires an application by an employer to U.S. Customs and Immigration Services (USCIS), which is tasked with evaluating whether the immigrant has skills for the specific job that citizen applicants do not.

The application for an H1B visa is a crapshoot, further complicated in Rajakumar’s case by the fact that journalism jobs, especially at the entry level, get a lot of qualified citizen applicants.

“The unfortunate thing is the media world or news stations haven’t really heard of an H1B application or don’t really know how to work with work sponsorships,” said Rajakumar of her experience applying to journalism jobs so far.

“I’m a Texas constituent,” Rajakumar continued. “I have a degree from a very prestigious Texas university and I’m looking forward to contribute to Texas and its economy.”

Inside the Senate Judiciary Subcommittee Hearing on Legal Immigrants — THREAD ?

Latino Rebels caught up with both senators from Texas after the hearing to ask them about Rajakumar’s situation. Ted Cruz, the Canadian-born Republican senator, refused to answer questions about legal immigrants like Rajakumar.

Republican Sen. John Cornyn said that Rajakumar’s case is “enormously compelling” but wasn’t hopeful that a policy solution could be reached to help her. “It’s just too many moving parts and the politics are too tough,” said Cornyn.

Asked if President Joe Biden could extend DACA protections to immigrant youth like Rajakumar, Cornyn said he didn’t think so.

“It has to be Congress,” said Cornyn.

Meanwhile, the window on Rajakumar’s immigration status in the United States continues to narrow as the date approaches when she will have to decide whether to self-deport to India where she was born or remain illegally in the country she calls home.

“I learned very young that every aspect of my life would be controlled by my status,” said Rajakumar. “I’m 23-years-old. I should be excited about my goals, but I’m scared because I know they will be taken away from me by something I cannot control.”

One response to “Texas Journalist Faces Self-Deportation to India”