In ‘This Is Not America,’ Residente Interrogates the Story of ‘America’ (OPINION) 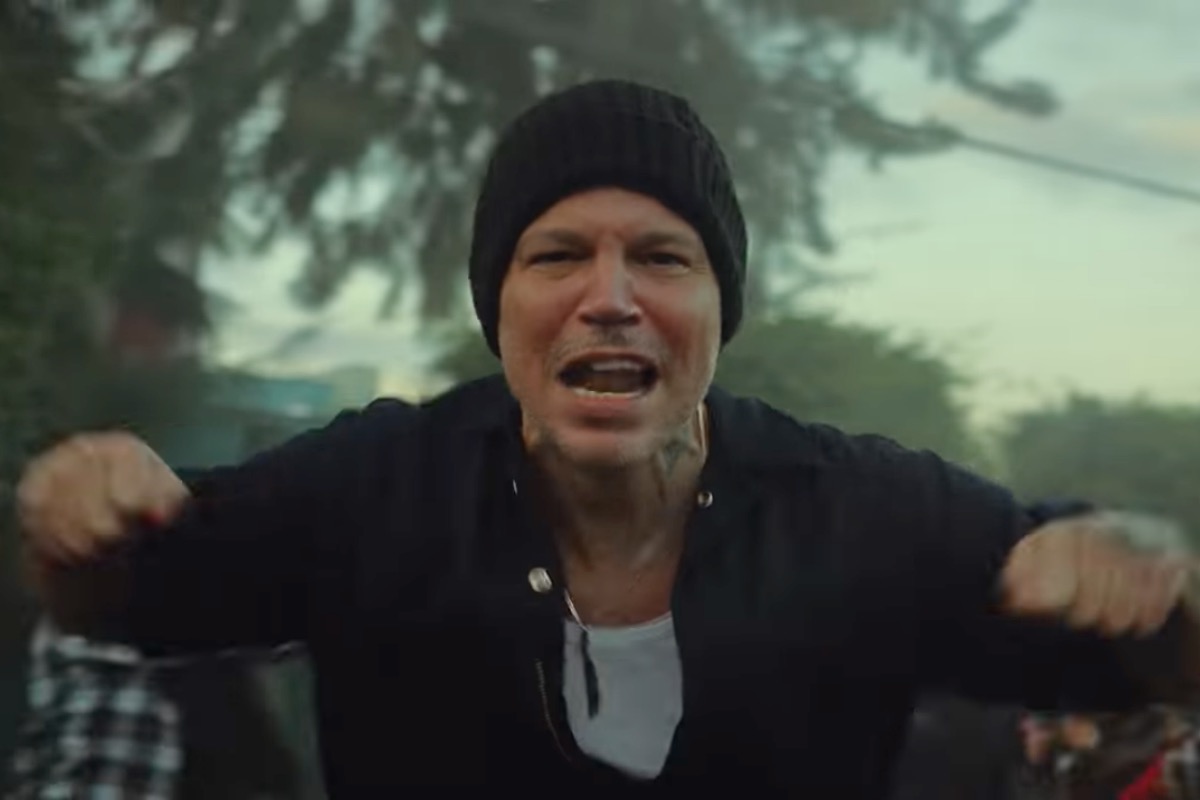 Residente’s new music video “This is Not America” builds on and challenges Donald Glover’s (a.k.a. Childish Gambino) 2018 music video “This is America,” and one way it does so is by interrogating why people say “America” when they mean “the United States.” Residente makes this critique plain when he raps “Gambino, mi hermano, esto si es América” (Gambino, my brother, this is America) after giving two verses that center stories of violence and resistance from “Tierra de Fuego” —South America’s most southern tip— to Canada.

When Donald Glover’s “This is America” dropped in 2018, it immediately caused a stir. The ways in which Glover constantly juxtaposed chaos and violence with dancing and celebration made plain his critique of the United States as a place that numbs itself from systemic violence. While many praised Glover for his provocative take that questioned both the centrality of guns and anti-Black violence in a nation that was still reckoning with mass shootings, murders by police, white supremacy, and the rise of Donald Trump, others raised concern about how Glover used violence in his art.

Throughout the video, Glover would switch from shooting someone to smiling and dancing. In one especially challenging scene, Glover wields an assault rifle and mows down a choir—a clear reference to the murder of nine people at Mother Emanuel AME Church in 2015 at the hands of a white supremacist.

Prof. Blair LM Kelley responded by saying, “I’m not sure what is liberatory about reenacting the shootings of black people.” Mia McKenzie commented in a similar vein: “Erasing white people from white violence is not my kind of art.” My colleague and friend James Howard Hill, Jr. further noted that the lyrics of the song gave little framing for the violence of the video—so as you’re watching, the violence is presented but not situated or explained.

These critiques make the artistic choices of Residente all the more palpable.

Aside from the title of the song, several scenes mimic Glover’s “This is America.” For example, both videos have key moments where someone with a gun shoots an unarmed person in the head, with the victim slowly falling to the floor. While in Glover’s case, he is the shooter and we don’t know the person killed, in Residente’s video, the shooter is a man in a military uniform and the person killed is a guitarist who has been beaten up but continues playing their guitar, with a soccer stadium in the background—a clear reference to resistance musician Víctor Jara, who sang songs against Chile’s U.S.-backed dictatorship while imprisoned in Estadio Chile in 1973 and paid with his life. 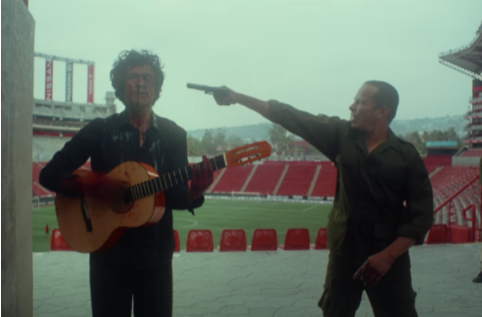 Glover’s shooting of an unarmed Black man kicks off the beat of “This is America,” a random act of violence beginning the song in earnest. Residente mirrors this in the video for “This is Not America” by beginning the song with a gunshot, but the gunshot is delivered by a woman in red lipstick shooting into the air in front of a municipal building.

Thus, while both Glover and Residente’s songs begin with gunshots, by choosing to feature Lolita Lebrón, Residente sets the stage for the ways he’s challenging Glover. America —that is, South, Central, and North America— is defined not merely by violence and chaos, but also resistance.

This challenge to Glover’s thesis is further emphasized throughout Residente’s music video, which features violence and chaos and even mirrors the ways Glover distracted from the violence in the background of his own video by dancing in the foreground—as demonstrated by a scene where two lovers dance the tango as police in riot gear beat protesters in the background.

Yet the State violence, repression, and murder depicted in Residente’s “This is Not America” is juxtaposed by just as many scenes of people resisting that violence: from indigenous women in ski masks holding weapons ready to fight; to protesters kicking back police shields; to a child, dressed in clothes reminiscent of Aztec emperor Montezuma,  pouring out Starbucks coffee and throwing away boxes from Amazo;  to a pre-Columbian pyramid sitting in the middle of a modern city, calling forth the ways the Aztec, Inca, and other empires in Latin America resisted colonization.

All these scenes occur while Ibeyi, a group known for musically centering the wisdom and resistance that stems from African diasporic religions like Santería, sing “Si quieres mi machete te muerde” (if you want, my machete can bite you).

There is something to be said for the lack of explicit resistance movements in Glover’s work, by which I mean a lack of explicit references to activists and progressive political organizations as is prominent in Residente’s art. As an artist, the central claim Glover makes is that we constantly distract ourselves from the violence that seems random but is systemic.

This is made most clear in the closing scene of “This is America,” where you see Glover running while the violence chases him. As Guthrie Ramsey, a professor of music history at the University of Pennsylvania, told TIME magazine in 2018, “Gambino’s sprint goes back to a long tradition of Black Americans having to run to save their lives,” further calling forth the ways in which “This is America” isn’t merely a critique on guns but on anti-Black violence.

Residente, however, wishes to make a different claim. He agrees that violence and chaos are systemic. Indeed, he opens “This is Not America” by talking about the ways in which the history of the Americas is shaped by colonization and the extraction of resources:

(For a long time, when you all arrived
Our footprints were already here
You stole everything including the cat’s food
And even then you’re still licking the plate you stole)

But what Residente emphasizes is that this violence isn’t the end of the story; people have always stood up against the violence. Thus his challenge to Glover’s “This is America” isn’t just that “America” encompasses more than the United States, but that the story of the Americas is one of resistance, not just chaotic systemic violence.

I think there is space to sit with the political implications of both Glover’s “This is America” and Residente’s “This is Not America.” Indeed, in a world where violence —especially anti-Black violence— is so ubiquitous, one wonders, like Glover, whether the violence could ever actually be escaped.

Residente responds by arguing that perhaps we can escape the violence, perhaps we can’t, but the history of the Americas is a history of people meeting violence with resistance—or said differently, people try to escape the violence around them, whether they can or not. And thus Residente’s invitation to interrogate whether or not “America” is merely the United States is simultaneously an invitation to interrogate what defines the story of this place and its people. While doing so, Residente is also questioning who has the power to write that story—those who inflict violence, or those who rise up.

My aim here is not to decide whether Residente or Glover is “correct,” nor is it to say that one political vision is more compelling than the other. But if we’re going to sit with the invitation of this art, we can’t stop at asking who is included in the moniker of “America.” We must move from there and ask: what is the story of “America,” and who’s allowed to tell it?

Dr. Jorge Juan Rodriguez V, Ph.D. is a Diasporican historian of religion and social movements and is the associate director for strategic programming at the Hispanic Summer Program in New York City. Twitter: @JJRodV

4 responses to “In ‘This Is Not America,’ Residente Interrogates the Story of ‘America’ (OPINION)”