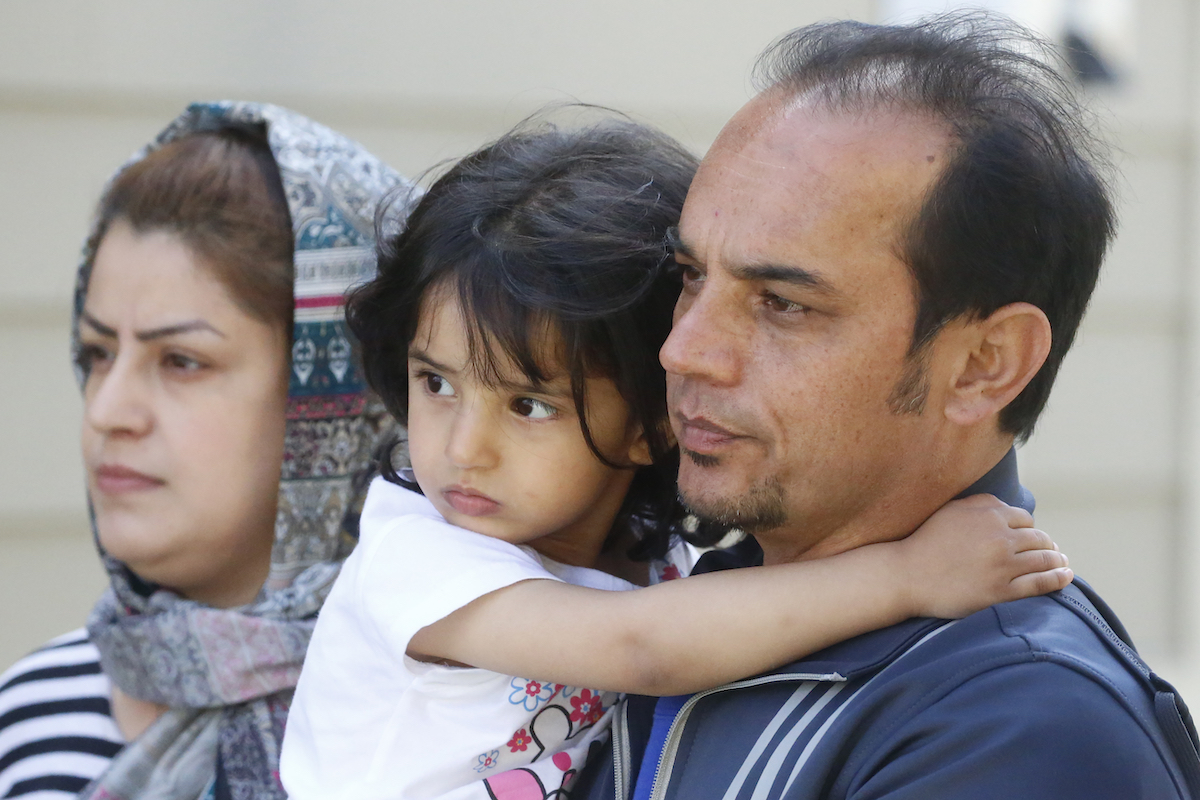 WASHINGTON, D.C. — Hundreds of thousands of immigrants from around the world won legal entry to the United States only to have their hopes dashed by then-President Donald Trump’s Muslim ban at the onset of his presidency.

Since then, immigration attorneys have spent countless hours and large sums of money lobbying Congress for diversity visa backlog relief, but to no avail.

“It’s no secret I spent over $100,000 lobbying to get Congress to recapture the lost diversity visas,” Curtis Morrison, an immigration attorney in California, told Latino Rebels. “I lost hope when they severed infrastructure off and aborted the effort; decided to stick with relief from courts where we can better predict success.”

“The controversy right now is about providing relief for backlogged cases: winners in the past who could not get visas because of the Trump ban,” explained Akshat Divatia, an immigration attorney with offices worldwide.

We are the winners of the diversity lottery. We were denied our visa because of Trump's policies and because of COVID-19. Congress dropped the Ming Amendment in the Appropriations Department that concerns us.

DV is a lottery. Winners get to apply for a visa during that year. If application is not processed during that year the visa is lost. Trump slow walked processing including fail to set interviews. Thousands of visas were not issued. Lawsuits ensued. Goodluck or Rai lawsuits

Despite lobbying dollars spent, senators tell Latino Rebels that the diversity visa backlog relief is not being discussed in Congress.

“I’ve not heard discussions of that,” said Sen. Tim Kaine (D-VA) of diversity visa backlog relief. “President Biden retracted [Trump’s Muslim ban] ASAP, but I haven’t heard a discussion about going back and doing anything retroactive.”

“I haven’t heard a conversation about it other than to say that I think there’s generally, at least from my perspective, the belief that the diversity visa was designed to ensure that countries that didn’t reach the quotas had an opportunity to enter,” said Sen. Marco Rubio (R-FL). “My whole view of it is that we move towards a merit-based system of immigration, ‘merit’ meaning what skills you bring to the economy because it gives you a better chance of success (and) that where you’re coming from should largely be irrelevant.”

“I’m not talking about asylum and things of that nature,” Rubio continued. “But for someone who’s seeking a green card to move to the U.S. as a permanent resident in the 21st century is gonna have to look different than the 20th and, in my view, should be based upon what skills you are bringing to the economy and no so much about your nation of origin.”

Thousands of people who thought they had won legal permanent residence in the U.S. now may lose their chance for green cards because of a pandemic-fueled backlog. https://t.co/iIi57Q3q5Z

With relief stalled in Congress, some senators hope the White House will move unilaterally to provide relief to the diversity visa lottery winners left behind by Trump’s racist policies.

“We’re looking at whether or not the administration has any administrative ability to do that,” said Sen. Bob Menendez (D-NJ) when asked by Latino Rebels about providing relief to diversity visa winners stuck in backlog limbo. “That would probably be the only way in which that can happen.”

.@TravelGov
America has been the home of immigrant societies for centuries ??

Don't be a hindrance to people striving for legal immigration#SaveDiversityVisa

Meanwhile, the patience of immigration attorneys looking for solutions for their clients stuck in limbo is growing thin.

“Biden had said all the right things in the campaign, but they are not following through,” said Divatia. “The administration is alleging implementation costs and logistical impediments to delay commencing the issuance of those backlogged visas. In addition, with the Russian invasion, the administration seems to want to be selective against allowing Russians to immigrate the way that Trump was against the Muslims.”