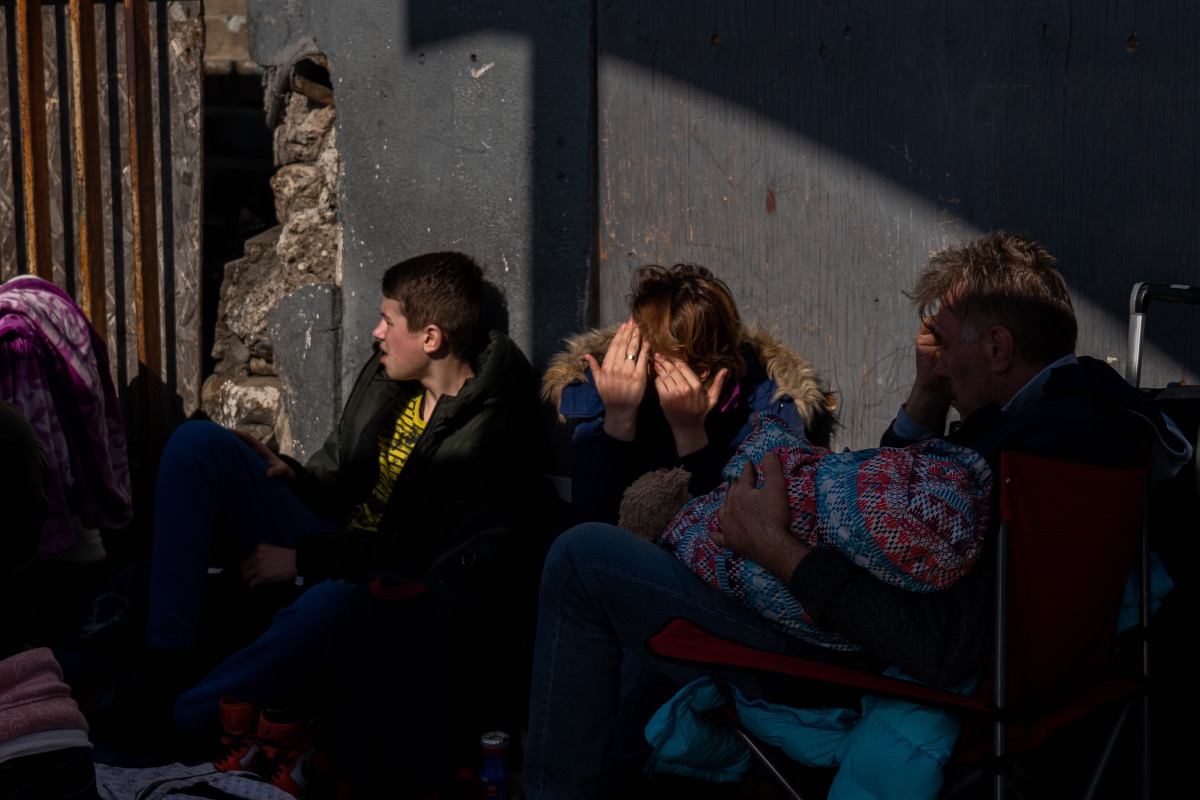 A Ukrainian refugee family waits to be processed for entry into the United States in Tijuana, Mexico, on March 12, 2022. (Francisco Lozano/Latino Rebels)

The announcement came after over a year of leveraging former President Donald Trump’s restrictionist immigration policies to deny entry to millions of non-white immigrants.

“I think that what’s happening in Ukraine really demonstrates what is possible in terms of policy with respect to refugees,” said Rep. Alexandria Ocasio-Cortez (D-NY).

“We can’t continue this stance of refugees from some areas of the world being accepted with open arms and others being greeted with a detention facility.”

CBS News reports that the United States has expelled over 1.7 million immigrants under Title 42, with 70 percent of those expulsions during President Biden’s term.

Even The Onion couldn’t resist a headline about the obvious discrepancy in the way refugees from Central America are treated versus those from Europe.

“We’ve seen Ukrainian immigrants, when reporters are talking to them or talking about them, they’ll talk about how little they were able to grab as they were fleeing,” said Omar. “They’ll talk about their journey and how long it’s taking them to seek refuge. They’ll talk about the lives that they used to lead and how that will be destroyed now … the uncertainty of being internally and externally displaced. Those are not the kind of conversations that the media and political pundits, frankly, have about refugees and immigrants who look like me.”

Latino Rebels asked Senate Majority Whip Dick Durbin (D-IL) what his message is for immigrants from other conflict zones around the world seeing the fast-tracking of protective status for Ukrainians.

“We have thousands of people protected with (Temporary Protected Status). Those are emergency orders because of wars and natural disasters,” said Durbin. “That shouldn’t take away from our effort to deal with the longer term issues.”