ICE to Stop Using Alabama Jail, Limit Use of 3 Others 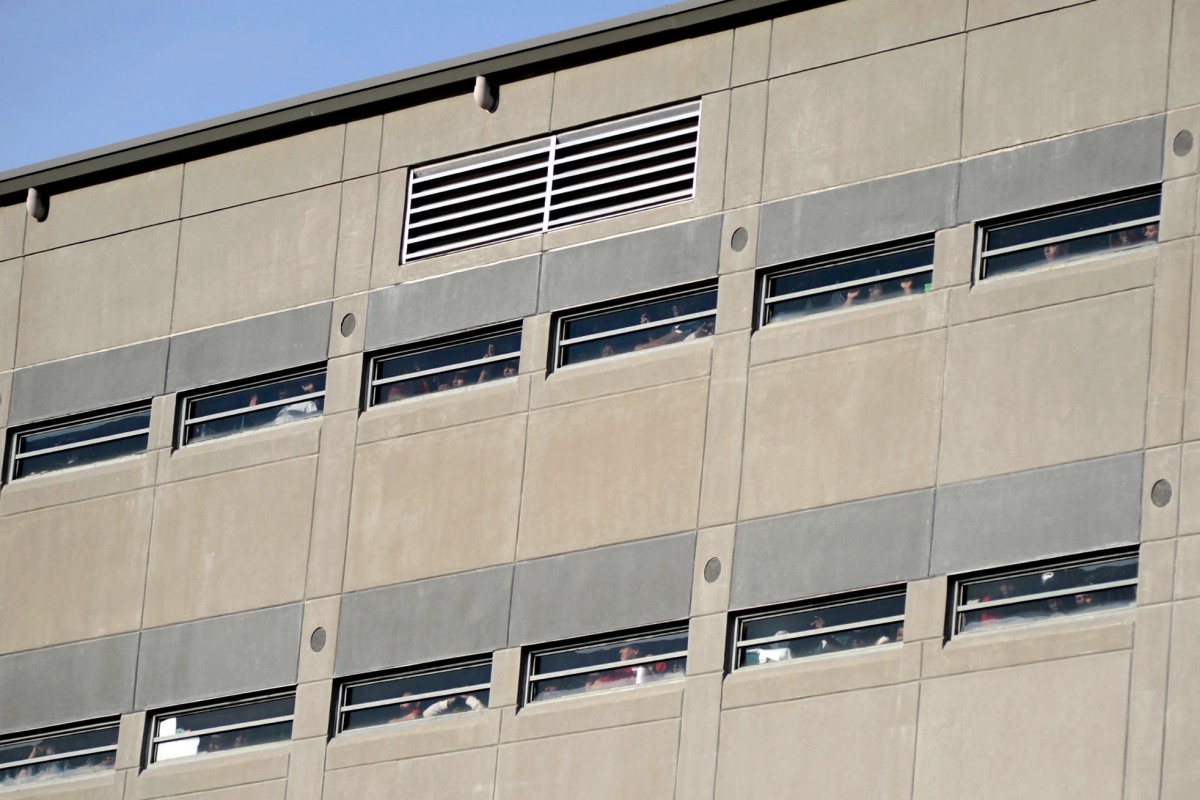 Prisoners crowd windows of the Etowah County Detention Center in Gadsden, Alabama, in this file photo from Saturday, December 3, 2011. Federal immigration authorities say they will stop housing detainees at the jail citing a history of problems, and they will limit the use of three other detention centers. (Sarah Dudik/The Gadsden Times via AP)

WASHINGTON (AP) — Federal immigration authorities announced Friday that they’ll stop housing detainees at an Alabama jail with a history of problems and will limit the use of three other detention centers.

The decisions reinforce a commitment by Homeland Security Secretary Alejandro Mayorkas to review detention facilities to determine whether they are humane, meet applicable standards, and are a responsible use of funding, according to a U.S. Immigration and Customs Enforcement news release.

ICE says it will stop using the Etowah County Jail in Gadsden, Alabama, as soon as possible, taking into account a 30-day notification requirement. The jail has “a long history of serious deficiencies,” the release says.

Advocates who have long sought the end of ICE detention at the Etowah County Jail hailed the news as a victory, but they urged federal authorities not to just transfer people from one facility to another.

“The Etowah County Detention Center exemplifies everything that is wrong with immigration detention and why the detention system must be abolished,” Detention Watch Network advocacy director Setareh Ghandehari said in a news release. “The administration can and must do more to completely phase out the use of immigration detention by continuing to terminate contracts, shut down additional facilities and free people from detention.”

Etowah County Sheriff Jonathon Horton told the Gadsden Times that the decision to quit sending detainees to the jail “was just a bombshell,” and that he was working with members of Alabama’s congressional delegation to get more information.

Just last week the center was notified that 135 detainees would be coming this week, he said. “No one has canceled that,” said Horton.

ICE has already reduced its use of the Glades County facility in recent years, in part because of “persistent and ongoing concerns related to the provision of detainee medical care.” But it was still paying for a minimum number of beds and has now decided not to extend that guaranteed minimum bed provision. Future use of the facility will depend on conditions meeting detention standards, the agency said.

“Emptying Glades, ending the guaranteed minimum, and requiring Glades to fully address conditions that do not meet detention standards are all huge steps in the right direction,” Talbot said in a news release. “Now it’s time for the Biden administration to commit to closing Glades fully and forever, and to release those who have been transferred from Glades to other facilities.”

ICE had been using the Alamance County facility for long-term detention, but says it will now only use it for stays of under 72 hours if applicable standards are met. The agency said it is concerned about conditions, including a lack of outdoor recreation.

ICE plans to reduce the guaranteed minimum at Winn Correctional Center to match the facility’s staffing constraints, the release says. ICE will also assign a custody resource coordinator to provide an assessment and will monitor conditions and take actions as needed, the release says.

ICE Acting Director Tae Johnson has told staff to begin preparations, including relocating ICE staff and detainees as needed. The agency said it plans to continue to review other detention centers and adjust its use as appropriate.