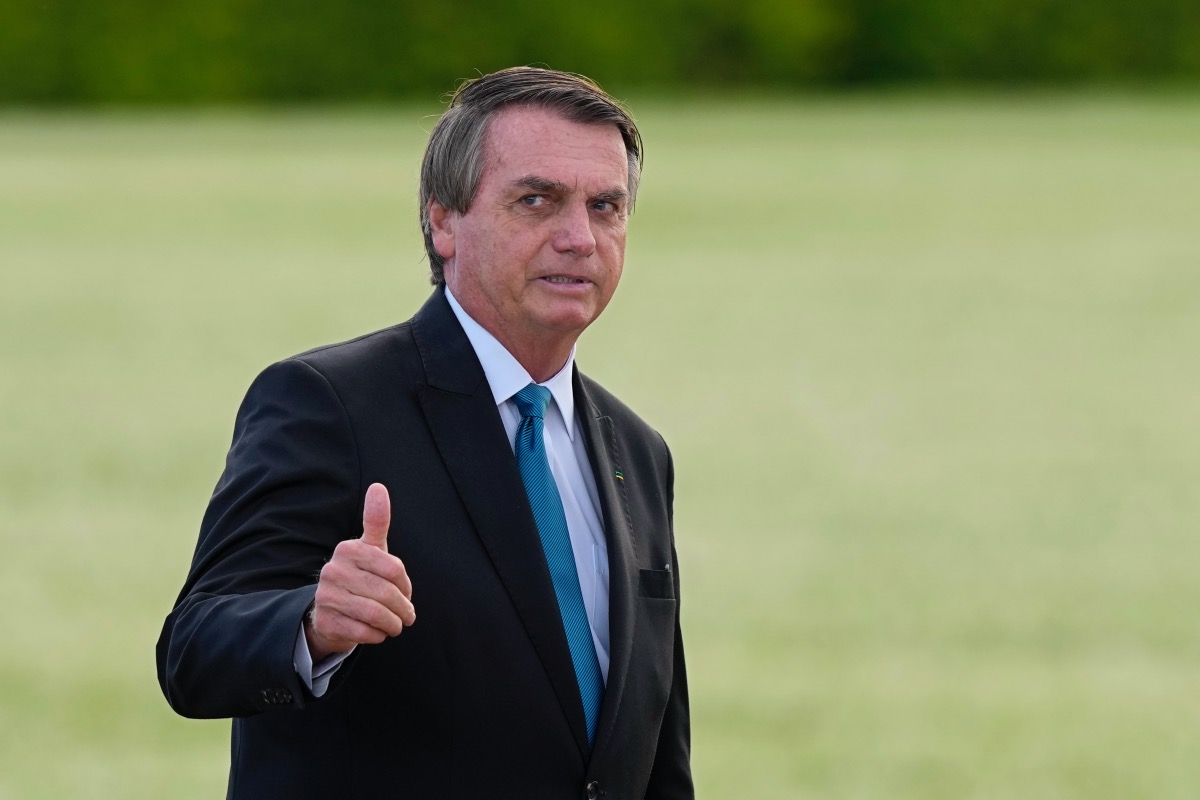 Data shows that Brazil President Jair Bolsonaro worked an average of three hours and 10 minutes a day in January. It is hard to imagine that he decided to work more in February and March.

In just over three hours, however, Bolsonaro was able to amass more controversies.

The most recent is his proposal to change the notorious Anti-Terrorism Law, approved by then-President Dilma Rousseff in 2016, the year Brazil hosted the Olympics. Many pointed out at the time that the law was a response to the mobilizations that shook Brazil in June 2013 and the 2014 protests against the World Cup.

Experts also criticized the law for opening up loopholes for the criminalization of social movements and activists. These fears proved real when, in 2018, deputies tried to change the law to criminalize online activities, and now again with Bolsonaro’s clear attempt to criminalize social movements by adding to the definition of terrorism “violent actions with political or ideological purposes.”

This redefinition could be used, for example, to criminalize land occupations led by the Landless Worker Movement (MST) or any protest turned violent even by the actions of police.

And as Bolsonaro’s intention seems to focus on silencing any form of opposition, it comes as no surprise that his party, the Liberal Party, requested the censoring of artists during the Lollapalooza music festival in São Paulo during the last week of March.

After drag queen and singer Pabllo Vittar performed and protested against the President —as well as parading with a flag with the face of former president and current presidential candidate, Lula da Silva— the Liberal Party filed a request for censorship and a 50,000-real (around $10,000) fine for any political demonstrations at the event that would be considered “early campaigning.” Judge Raul Araújo, from the Superior Electoral Court, agreed with the party and imposed the fine.

The decision was ignored by artists the next day, and the ruling itself was eventually revoked two days later by the same Superior Electoral Court judge, who will probably be tapped for a seat on the Supreme Court if Bolsonaro is re-elected.

Meanwhile, gas and energy prices are rapidly increasing in Brazil as the President talks about the privatization of powerhouse Petrobrás, the state-owned oil and gas company.

Among Bolsonaro’s other scandals, his minister of education, Milton Ribeiro, an evangelical fundamentalist pastor, resigned after being suspected of favoring pastors in the release of funds for municipalities through bribes.

It was discovered that Ribeiro had a “parallel cabinet“ composed of pastors who effectively made ministerial decisions, and in audio released by the press, the now ex-minister said that mayors accompanied by pastors should have special treatment at the request of President Bolsonaro.

Bibles were used as bribes, and Ribeiro even distributed such books with his own image alongside that of his wife. One of the pastors accused of belonging to the parallel cabinet, Arilton Moura, was recorded asking a mayor for a bribe in the form of a kilogram of gold.

The case is another example of the penetration of fundamentalist evangelicals into the state bureaucracy.

Despite it all, polls show Bolsonaro regaining popularity. If anyone thought Lula da Silva would have an easy victory, now it’s time to rethink that. Bolsonaro has all the power of the government on his side, ample exposure in the media, and counts on the fact that Lula’s Workers’ Party is still widely hated throughout the country.

In a grotesquely comedic twist, Bolsonaro was awarded the medal of Indigenous Merit by the Ministry of Justice. The President, who delivers a steady stream of racist statements against Indigenous people and seeks in every way to remove their rights, was recognized for his “relevant services” in defense of Indigenous well-being.

Heavy rains have once again punished São Paulo and Petrópolis. In the middle of the month, São Paulo flooded again, with trees falling and chaos ensuing. But in Petrópolis, where more than 230 people died in February in the worst catastrophe in the city’s history, a seemingly untenable situation has worsened. At least five people died on March 20 and 21 in new landslides in a city that did not even have time to recover and find all the people still missing from the last landslides

March 14 marked the fourth anniversary of the assassination of Marielle Franco, a councilwoman from Rio de Janeiro. Murdered by gunfire inside the car in which she was a passenger (the driver, Anderson Gomes, also died from his injuries), justice has yet to be served for Franco’s murder.

The police have no deadline to conclude their investigations, but evidence is mounting against people close to President Bolsonaro. Arrested on charges of being the executioner of the councilwoman, former military police officer Ronnie Lessa denies the crime and points to the head of a militia and also a former military police officer, Adriano da Nóbrega, as the true culprit.

Both are close to the Bolsonaro family, whose links to armed militia groups are notorious—as are the links with politicians involved in scandals, the persecution of opponents, and challenges and threats to the Supreme Court.

Rio de Janeiro councilor Gabriel Monteiro is the latest focus of scandal and possible crimes. He has been accused of moral and sexual harassment by at least five people who worked in his office. Monteiro, 27, also appears in a video having sex with a 15-year-old girl.

Known on social media, where he has more than 23 million followers, the former military police officer won a large vote and is a notorious supporter of the President.

And speaking of sexual abuse, earlier this month São Paulo State Deputy Arthur do Val, who is known as “Mamãe Falei” (translated roughly as “Mommy, I spoke”) and became famous with YouTube videos in which he embarrassed left-wing activists, ended up being accused of sex tourism.

Do Val, a member of the self-styled liberal group Movimento Brasil Livre (Free Brazil Movement), which supported President Bolsonaro during his election campaign and constantly flirts with fascism, traveled to Ukraine claiming he would help the country’s people prepare Molotov cocktails.

On the one hand, there is no evidence that he even entered Ukraine. On the other, audio leaked in which he tells friends that Ukrainian women are “easy because they’re poor,” led to him being accused of having gone to a country at war in search of sex by taking advantage of vulnerable women.

A request for impeachment has yet to be considered by the other state representatives against Do Val, who has left his party and says he’s receiving death threats.

Telegram vs. the Supreme Court

And finally, the popular messaging app Telegram was briefly blocked in Brazil after an order by Supreme Court Justice Alexandre de Moraes, who accused the owners of the service of refusing to even respond to communications sent by the court to take action against the spread of fake news and against profiles that the court had ordered to be blocked.

The company’s CEO, Pavel Durov, quickly apologized for what he called a communication failure in the exchange of emails between the company and the court, and that he would soon carry out the modifications and procedures required to adapt to Brazilian legislation.

It was the first time that Telegram was blocked in Brazil. The most popular app, however, WhatsApp, has already been blocked by lower court judges.