Cuban Boxers Can Go Pro Under Deal With Mexican Promoter 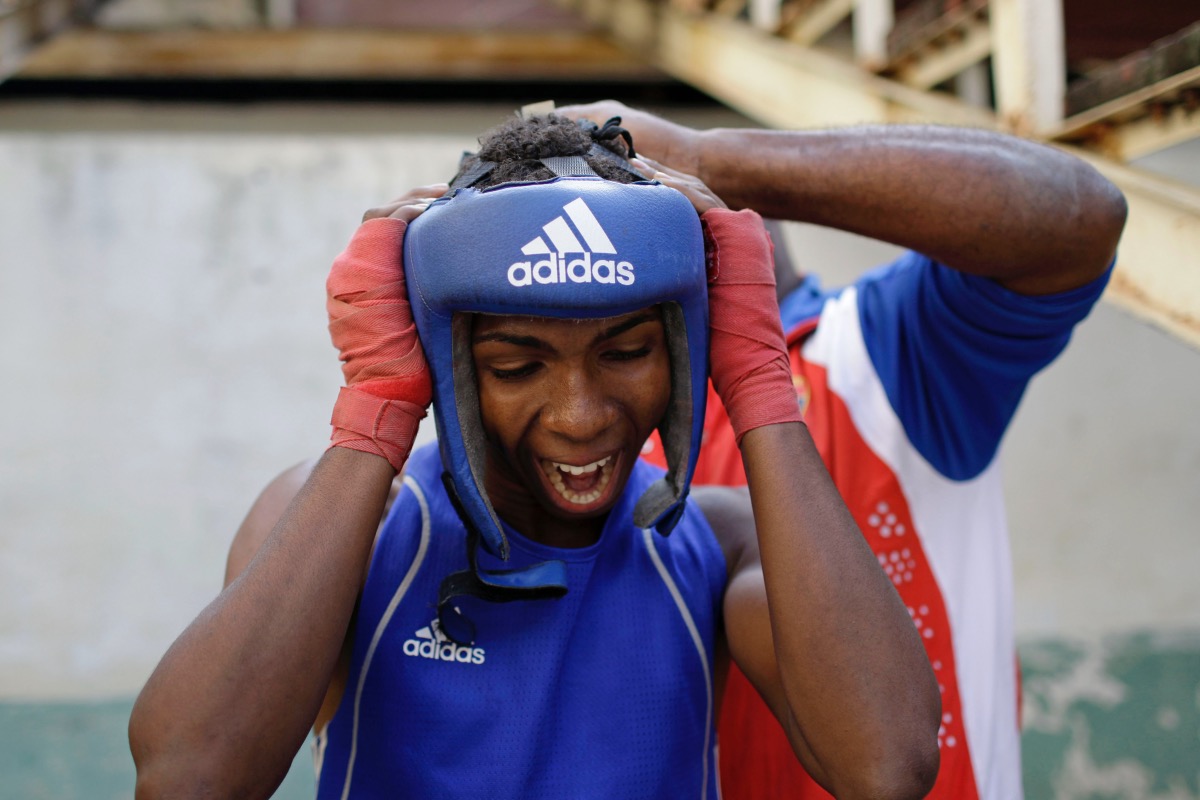 Cuban boxer Osain Gonzalez puts on his headgear before competing in a boxing tournament at the Rafael Trejos boxing gym in Old Havana, Cuba, March 16, 2013. Cuba banned professional boxing shortly after the 1959 revolution, but boxers will be allowed to fight professionally again for the first time under a deal with a Mexican promoter, officials announced on March 4, 2022. (AP Photo/Franklin Reyes, File)

HAVANA (AP) — Cuban boxers will be allowed to fight professionally for the first time since the 1960s under a deal with a Mexican promoter, officials said.

The scope of the deal announced Monday wasn’t immediately clear. The Mexican promoter, Golden Ring, appears to operate primarily in Aguascalientes, a city of nearly 900,000 people in north-central Mexico.

It held an event last year with Cubans participating on an amateur basis. The first bouts under the new agreement are scheduled for May, according to Cuban officials.

Cuba has been a global power in boxing on the amateur level, focusing heavily on Olympic success. It won four gold medals at the past Tokyo Olympics.

But for decades, Cuban sporting officials shunned the professional sport and lauded champions such as Teófilo Stevenson and Félix Savón never went pro.

“The moment has come. We have spent years studying this possibility,” said Ariel Sainz, vice president of the official Institute of Sport, appearing on state television Monday night.

“In professional boxing now there are opportunities for our athletes that we can perfectly well utilize.”

He also noted it would allow athletes to improve their incomes. Many Cuban athletes from other sports have left the island in recent decades to seek a lucrative professional career not available at home under Cuba’s socialist system.

Under the deal, Cuban officials said the boxers would get 80 percent of the earnings while trainers, doctors and the federation would split the remaining 20 percent.

Alberto Puig, president of the Cuban Federation of Boxing, said that professional boxing had “humanized” itself in recent years and argued there are now few differences in the rules.