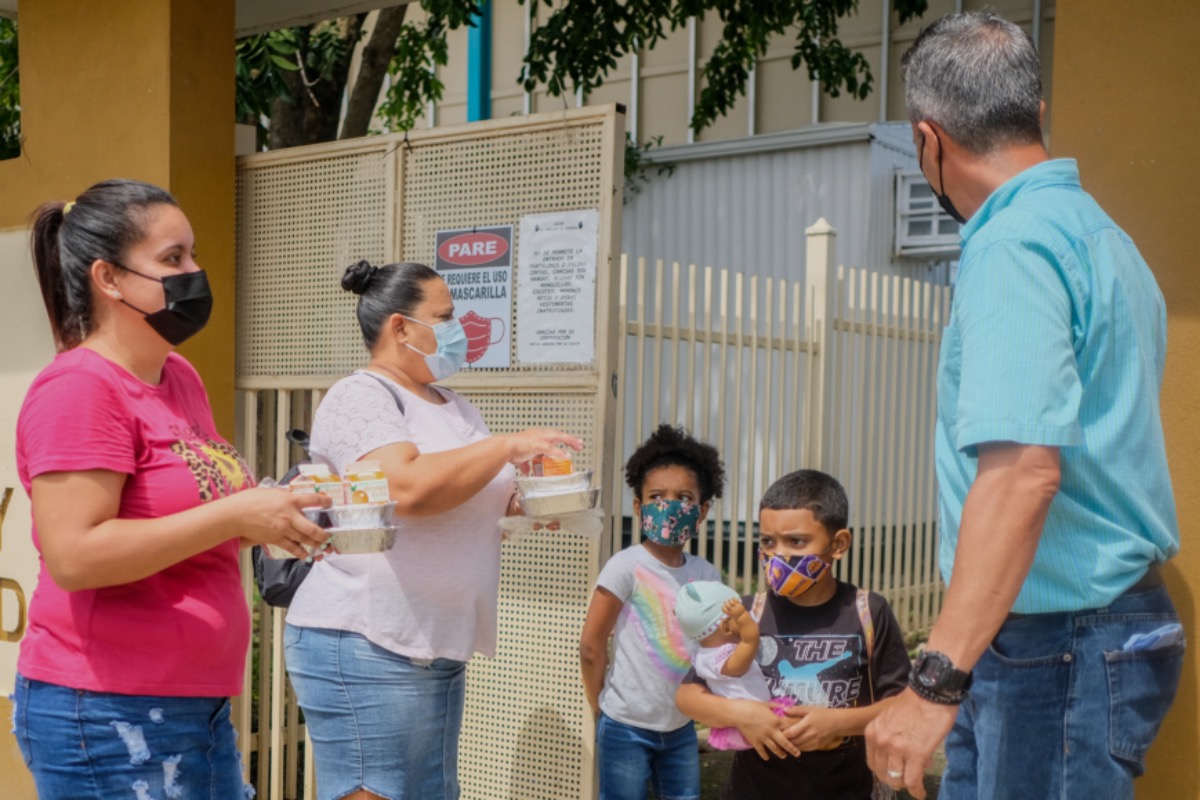 SAN JUAN, Puerto Rico — The Department of Education (DE) officially allocates school budgets, considering the size of enrollment, the school community’s poverty level, the school’s academic program and students’ needs, as well as compliance with the federal Elementary and Secondary Education Act (ESEA). But most school principals don’t understand the Department’s process for setting the cost per student. This is the conclusion from interviews that the Center for Investigative Journalism (CPI, in Spanish) conducted with a dozen school directors.

If you look up Vimenti Alliance School’s cost per student on the DE School Profile webpage for 2020, it says $6,112. If you ask the Department’s Budget Office what the cost per student is for that same school for the same year, they’ll tell you it’s $3,241.

The head of the Education Budget Office, Sandra Clemente, acknowledged that “there is no uniform cost per student. “Her office and the assistant secretary for Transformation, Planning and Performance calculate budgets school by school to meet an ESEA comparability requirement, while budget information that appears online in the School Profile by school is there to comply with the annual progress reports of the schools required by the same law.

The comparability requirement establishes that a school can receive federal funds from the Title I program if the DE demonstrates that the resources allocated to similar populations in other schools are similar.

The directors learn about the budget for their school at the beginning of each semester through the Excellence in School Design (DEE, in Spanish) platform, which reflects a cost per student different from the one shown in the School Profile portal. As the Budget Office official, Solángel López, explained to the CPI, this may be because the Profile, which the agency has published since 2018 when Act 85, known as the Educational Reform, went into effect, is fed by data provided by the Office of the Deputy Secretary of Human Resources and the Financial Information System (SIFDE, in Spanish), after the Department’s financial statements are audited. The latest audited statements correspond to fiscal year 2018-19. The DEE, on the other hand, feeds on information provided by the Office for Academic Affairs.

Following the filing of a lawsuit to obtain the state and federal budgets, and special allocations from 2016 to 2020 per school, the CPI calculated the costs per student by adding these items by school and dividing it by their respective enrollments. During this period, an average of $4,319 per student was invested according to information provided by the agency’s Budget Office. However, the School Profile website reflects that this investment averaged more than $7,000 between 2018 and 2020. In the past five years, enrollment in the public education system fell by 87,300 students, while schools lost a total of $542,594,824 of their budgets in that same period.

Questioning the Cost Per Student

The Educational Reform gave way to the “Alliance Schools,” or charters run by nonprofit organizations. Under this model are the Vimenti School in San Juan, Caras con Causa Rosalina C. Martínez in Guaynabo, the Christian Military Academy Alliance in Vega Baja, and the Academia Cambiando la Ecuación in Toa Baja. The Leap Academy in San Juan, Cosey Camino al Éxito in Yabucoa and the Cacica Yuiza Bilingual School in Loíza are supposed to start operating in August 2022.

The first public charter school in Puerto Rico was born five months after Act 85 was signed. Located at Ernesto Ramos Antonini public housing complex, Vimenti School designed its budget and its sustainability plan based on the DE’s initial promise to allocate $6,400 for each one of its 57 students. However, when the charter contract was signed, this allocation was limited to $3,675 per student.

In 2019, Vimenti’s enrollment increased to 92 students, but the budget did not increase as well, which remained at $3,152. Since that year, the school administration has asked the DE for an analysis of how funds are allocated per student and three years later they are still waiting for a response.

“We asked the Department to review through an external organization that could validate [the budget] and detail that it complies with state and federal law. We know that there is an external group that began in January [2020] to work [on the analysis] with the Department,” Eduardo Carrera Morales, CEO of the nonprofit Boys & Girls Club, which developed the first charter school, told the CPI.

The external group that advises the DE on this matter is the Puerto Rico Education Foundation, a trust incorporated in 2017 that, through an unusual scheme, paid an assistant to former Secretary Julia Keleher and the advisers assigned to the DE’s regional offices with private donations. The entity manages a donation fund from nonprofit organizations whose purpose is “to develop a digital instrument that allows the Department to standardize and implement a formula for cost per student as a budget allocation and management tool.”

DE Secretary Eliezer Ramos Parés told the CPI that “in the School Profile (online site) you will see some numbers of the costs per student that are divided into direct cost, what the schools get from Schoolwide (program), and the indirect cost, which is the portion of the other programs impacting that school and those students. We’re including other programs that weren’t originally included in the formula because they were offered through private services [for example, therapies for Special Education students]. We’re breaking down and analyzing so that they are included in that formula per student, per school.”

The analysis should be ready for the discussion of the agency’s budget for the fiscal year 2022-23, the official said. 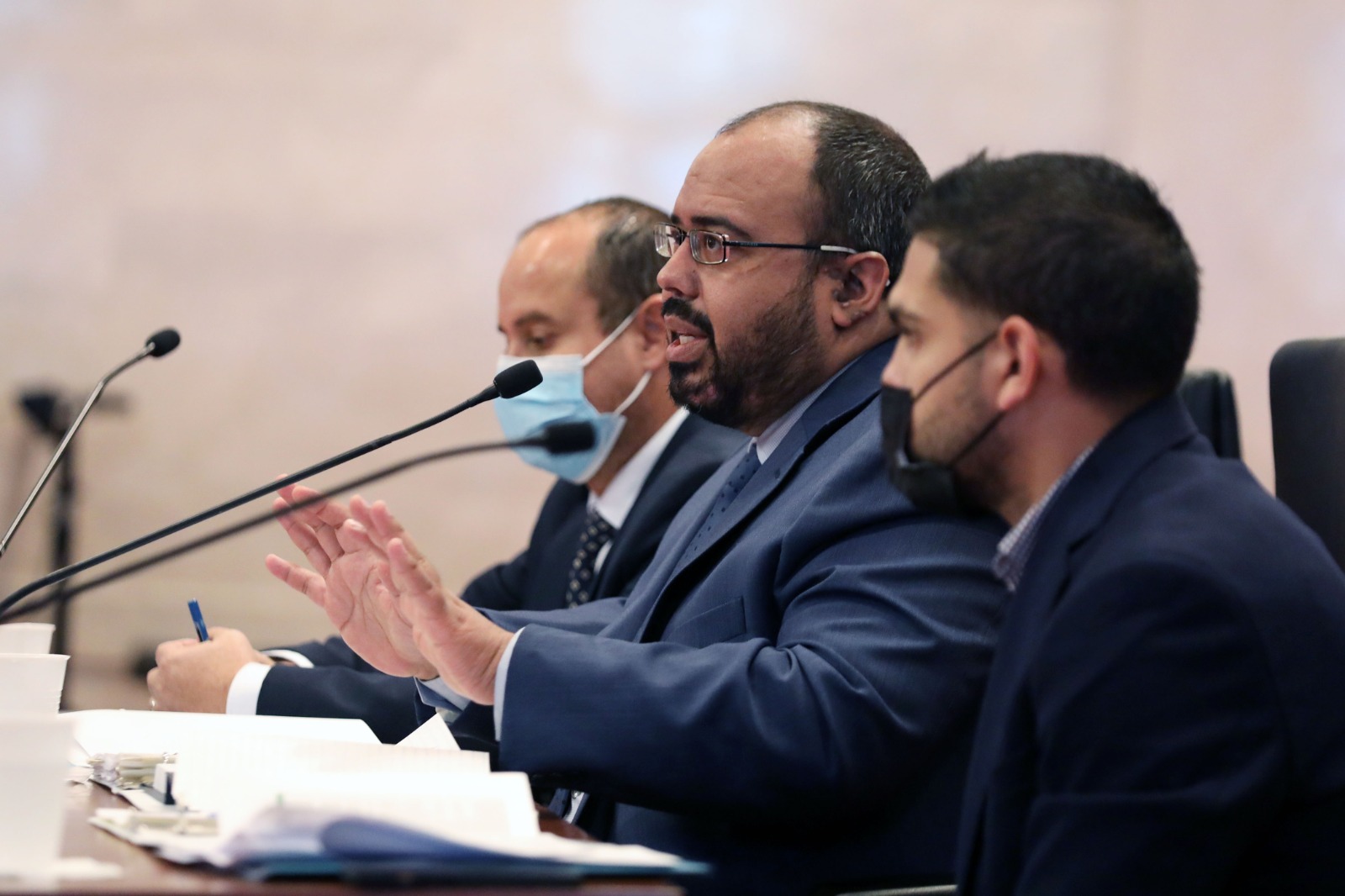 About 93 percent of families with students enrolled in Vimenti in 2020 were low-income, and 22 percent of these families had at least one unemployed parent, according to the school’s progress report for the 2019-20 school year. “We had to redraft the budget based on what they [the DE] were going to allocate to us, because our spending did not change,” said the executive director, Bárbara Rivera Batista, while stressing that “the money they assign us isn’t enough to cover even one semester.”

According to Rivera Batista, the agency’s allocation is barely 27 percent of the school budget. Although Vimenti’s student body increased to 126 in 2020, the Department assigned $3,241 per student, an increase of $89 for each compared to the previous year’s allocation.

When nonprofit organization Caras Con Causa took charge of the Rosalina C. Martínez School in Guaynabo, it crafted the budget for the island’s second charter school without accessing data on the funds allocated to the school that the DE ran until the summer of 2019. The NGO was also unclear on how the transition would be carried out to convert it into an Escuela Alianza, or charter.

“There is supposed to be a baton pass, but there are no guidelines. We were basically the guinea pigs. Nobody knew how to do it. We’ve had to find out along the way, for example, who approves the Excellence in School Design [DEE in Spanish]?” said the director of the Escuela Con Causa Rosalina C. Martínez, Michael Fernández Frey.

The Office of Federal and Academic Affairs approves the DEE, the Secretary said.

With an enrollment of 298 students for the 2019 school year, Escuela Con Causa received a budget of $3,207 for each student. The following year, that increased to $3,542 although enrollment dropped to 258.

A look at the budgets assigned to Rosalina C. Martínez School before it became a charter shows that, between 2016 and 2017, there was a nine percent drop in its student body coupled with a 22 percent budget cut. From 2017 to 2018, both enrollment and budget increased, but the transition year to a charter school meant a 21 percent loss of enrollment along with a 55 percent funding cut.

The Christian Military Academy Alliance schools in Vega Baja and the Academia Cambiando la Ecuación in Toa Baja began operations in August 2020. The first began with 40 students and an allocation of $139,684 from the DE, that is, $3,492 per student. The second, with 135 students, received a budget allocation of $296,522 or $2,189 for each student.

Meanwhile, Leap Academy signed a contract with the DE in 2021 to receive a budget per student of $2,276, but it will start operations in August. The educational institution leases the former Gerardo Sellés Solá Elementary School in the metropolitan San Juan area —closed in 2018 during Keleher’s tenure— for $1 a month.

“They always tell us that the allocation of funds per student is supposed to be $3,000, but it never adds up to us,” said Janice Alejandro Méndez, director of the Segunda Unidad Pasto School in Aibonito.

From 2016 to 2020, the Montessori School in Aibonito’s enrollment increased every year. The most significant change was between 2018 and 2019, with a nine percent growth in its student body. However, the budget allocated to the school only increased once, for the 2017 school year, by just over $25,000.

Similarly, the Rafael A. Delgado Mateo School in Guayama experienced a consistent increase in its enrollment and budget since 2016, but in 2019 the school’s funding allocation suffered a 10 percent cut even as enrollment continued to rise. The following year, the enrollment and the budget were reduced by seven percent, allocating $3,349 to each student.

The Cotto Anexo School in Arecibo “is not just any kind of school. We serve a very particular population with significant conditions,” said its director, Anabelle Graciano, about the campus that only serves Special Education Program students up to 21 years old.

During the reviewed period, the enrollment of the Arecibo school fluctuated between 22 and 33 students and their budgets were between $725,000 and $915,000, according to the information provided by the DE Budget Office. Although this meant allocations of between $23,000 and $40,000 for each student, Graciano said that since she began running the school in 2019, she has never seen more than $300,000 allocated to her school in the DEE.

The Oscar Porrata Doria School in Comerío increased its enrollment by 27 percent and its budget by 39 percent between 2016 and 2017. However, in 2018 and 2019 it was among the top five schools with the fewest budget allocations per student.