US to Welcome Ukraine Refugees But No Longer Through Mexico 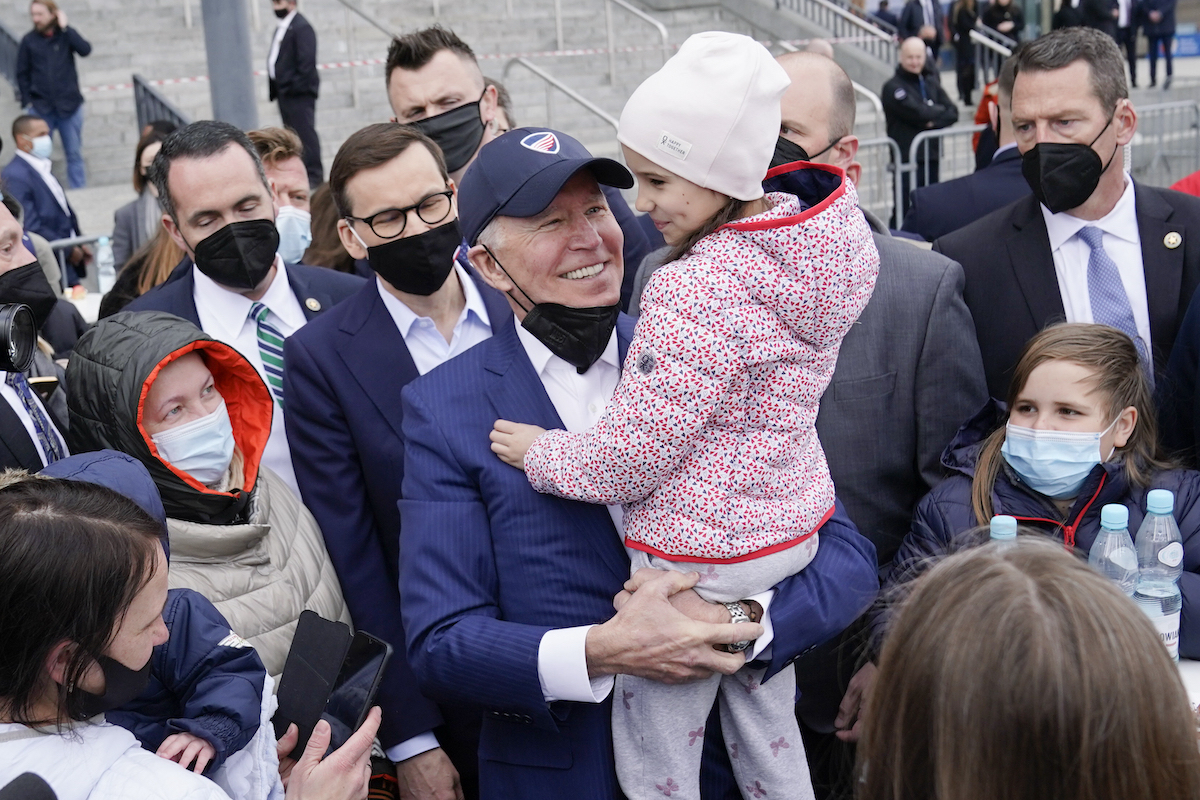 WASHINGTON (AP) — The Biden administration is making it easier for refugees fleeing Russia’s war on Ukraine to come to the United States from Europe while trying to shut down an informal route through northern Mexico that has emerged in recent weeks.

A program announced Thursday will streamline refugee applications for Ukrainians and others fleeing the fighting, but will no longer routinely grant entry to those who show up at the U.S.-Mexico border seeking asylum, as thousands have done since the invasion ordered by Russian President Vladimir Putin began almost two months ago.

The U.S. says it expects to admit up to 100,000 refugees from Ukraine and about 15,000 have come since the February 24 invasion, mostly through Mexico. Starting Monday, that route will no longer be an option except in extreme circumstances, officials said.

It’s an effort by the U.S. to uphold its commitment to help Eastern European nations contend with the 5 million refugees who have fled Ukraine while trying to reduce the number of migrants seeking to cross the U.S.-Mexico border.

Complicating matters, however, the U.S. plans next month to lift a public health order, known as Title 42, that enables authorities to quickly turn away migrants at the U.S.-Mexico border without giving them a chance to claim asylum. The Biden administration has been exempting Ukrainian refugees, but will do so no longer.

“We are proud to deliver on President Biden’s commitment to welcome 100,000 Ukrainians and others fleeing Russian aggression to the United States,” Homeland Security Secretary Alejandro N. Mayorkas said in a statement announcing the effort. “The Ukrainian people continue to suffer immense tragedy and loss as a result of Putin’s unprovoked and unjustified attack on their country.”

U.S. officials say a majority of the Ukrainian refugees want to stay in Eastern Europe because many have family fighting in the war and eventually hope to return home.

Advocates have said the U.S. should take more than 100,000 refugees and do more to expedite the process.

Much of the public seems to agree. An Associated Press-NORC Center for Public Affairs Research poll shows 65% of Americans favor accepting Ukrainian refugees into the U.S., while 15% oppose. An additional 19% say they neither favor nor oppose.

To qualify for admission to the U.S. under the new expedited program, officially known as Uniting for Ukraine, people must have been in Ukraine as of February 11; have a sponsor, which could be family or an organization; complete vaccinations and other public health requirements and pass background checks.

Typically, they would start the application process in their home country, but that’s no longer possible because the U.S. pulled its diplomats from Ukraine. The State Department will expand resettlement operations in Eastern Europe under the new program to compensate.

Most will receive two years of residence and authorization to work in the United States under what’s known as humanitarian parole. Those who come to the U.S. through the formal refugee process, including thousands who will come as members of religious minority groups, will have permanent legal residency.

A downside of the new effort is that humanitarian parole generally does not include temporary housing support and other benefits provided through the traditional refugee program, which is only slowly recovering from Trump-era cutbacks, said Krish O’Mara Vignarajah, president of Lutheran Immigration and Refugee Service.

Nevertheless, Vignarajah and other refugee advocates welcomed the announcement. “Families desperately seeking to bring their loved ones directly to safety in the U.S. have a glimmer of hope where there once was exceedingly little,” she said.

Refugees will encounter a streamlined process in Europe, but they won’t be able to complete it in Mexico, senior administration officials told reporters, speaking on condition of anonymity to discuss the program before the public announcement.

Instead, Ukrainians who show up at the border will generally be turned away without being able to apply for asylum under the public health order that has been in place since the start of the pandemic in March 2020.

The Centers for Disease Control and Prevention has said the use of Title 42, which has been used to turn away more than 1.7 million people, is set to end May 23. The agency is under pressure to keep it in place not to control COVID-19, as it was supposedly intended, but to help ease an increase in migrants seeking to cross the border.

Critics of the use of Title 42 at the border have pointed out that it denies people their right under U.S law and international treaty to make claims for asylum and forces migrants to return to dangerous conditions in Northern Mexico and elsewhere.