Latino Journalist Fin Gómez a Leader in US Political News 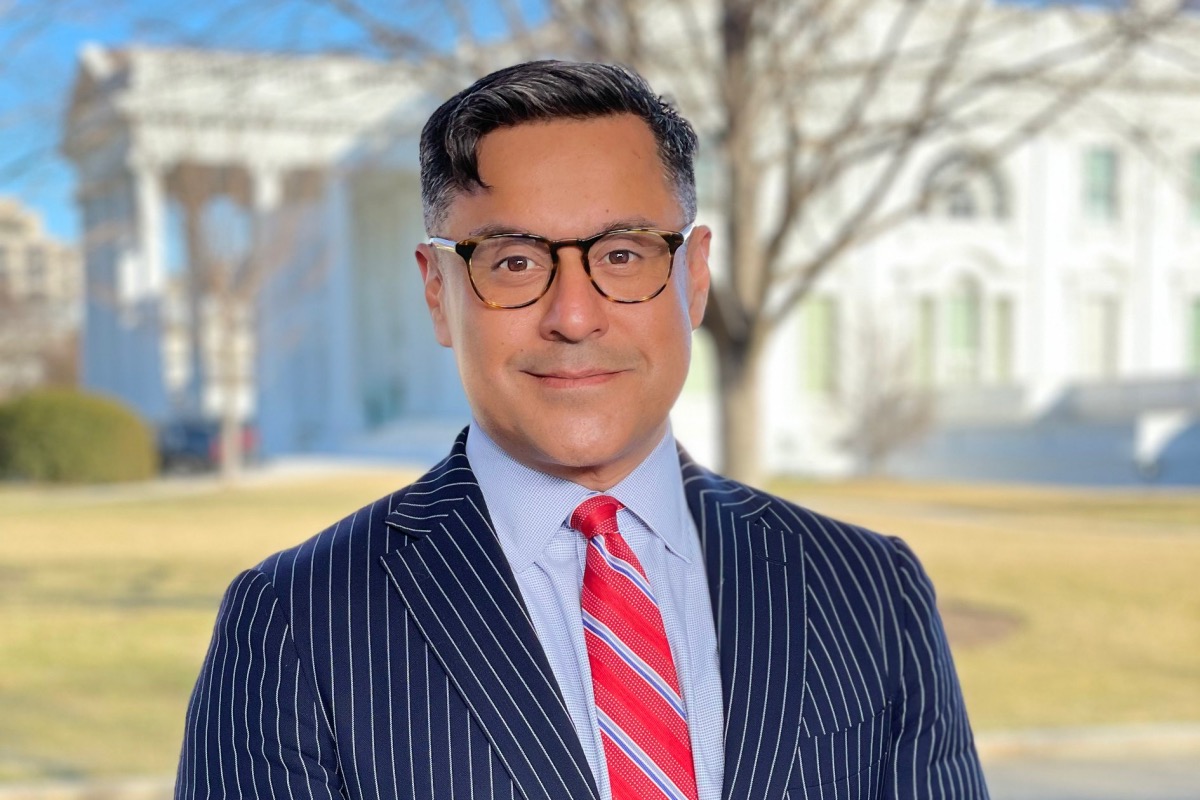 Serafín “Fin” Gómez, the new political director for CBS News, sat at the president’s table along with other guests of honor at the White House Correspondents’ Dinner on Saturday, April 30, 2022 (CBS News/Twitter)

WASHINGTON, D.C. — On Saturday, for the first time at the White House Correspondents’ Association’s (WHCA) annual star-studded dinner at the Washington Hilton, a Latino journalist sat at the president’s table along with guests of honor.

Serafín “Fin” Gómez, the new political director for CBS News, was seated to the left of comedian and host Trevor Noah, President Joe Biden, and White House Press Secretary Jen Psaki. In June 2019, Gómez, a member of the National Association of Hispanic Journalists, became the first Latino elected to the WHCA board in the organization’s 105-year history.

“He’s been a utility player behind the scenes,” said CBS News senior political correspondent Ed O’Keefe. “Now he’s at the table making decisions on what gets covered.”

“It’s refreshing to know that a very different perspective is informing our coverage than at other networks,” O’Keefe added.

After the Correspondents’ Dinner —which was attended this year by chef José Andrés, socialite Kim Kardashian, comedian Pete Davidson, activist Henry Muñoz, satirist Ziwe, stateswoman Susan Rice, Turkish-Swiss basketball center Enes Kanter Freedom, among many others— Gómez was seen hobnobbing with fellow correspondents at a party held at the residence of the Colombian ambassador to the United States.

“Fin keeps a broad international network,” said Rafael Bernal, a reporter at The Hill who also attended the afterparty. “You can count on him to pop up at a major embassy reception or meeting of foreign journalists.”

Gómez is a Washingtonian of Mexican-Salvadoran descent. Before covering the White House beat for CBS News, which has seen him travel to Asia, Europe, and Latin America to cover meetings between heads of state, he covered cartel violence and natural disasters as a Miami-based correspondent for Fox News.

“No matter where he is or what he’s doing, he’ll pick up the phone for a source,” said Erenia Michell, a TV news producer who worked with Gómez at Fox News.

After Donald Trump won the presidency, Gómez joined the White House beat for Fox News as a producer before moving to CBS News in September 2018.

In February, Gómez was promoted to political director at CBS News, where he now oversees daily national political coverage for the network.

“It’s nice to see someone put in his time and earn the shot to help lead the coverage,” said O’Keefe. “Fin’s got a lot to prove and it’s not gonna be easy moving from player to coach, but I think he has what it takes.”