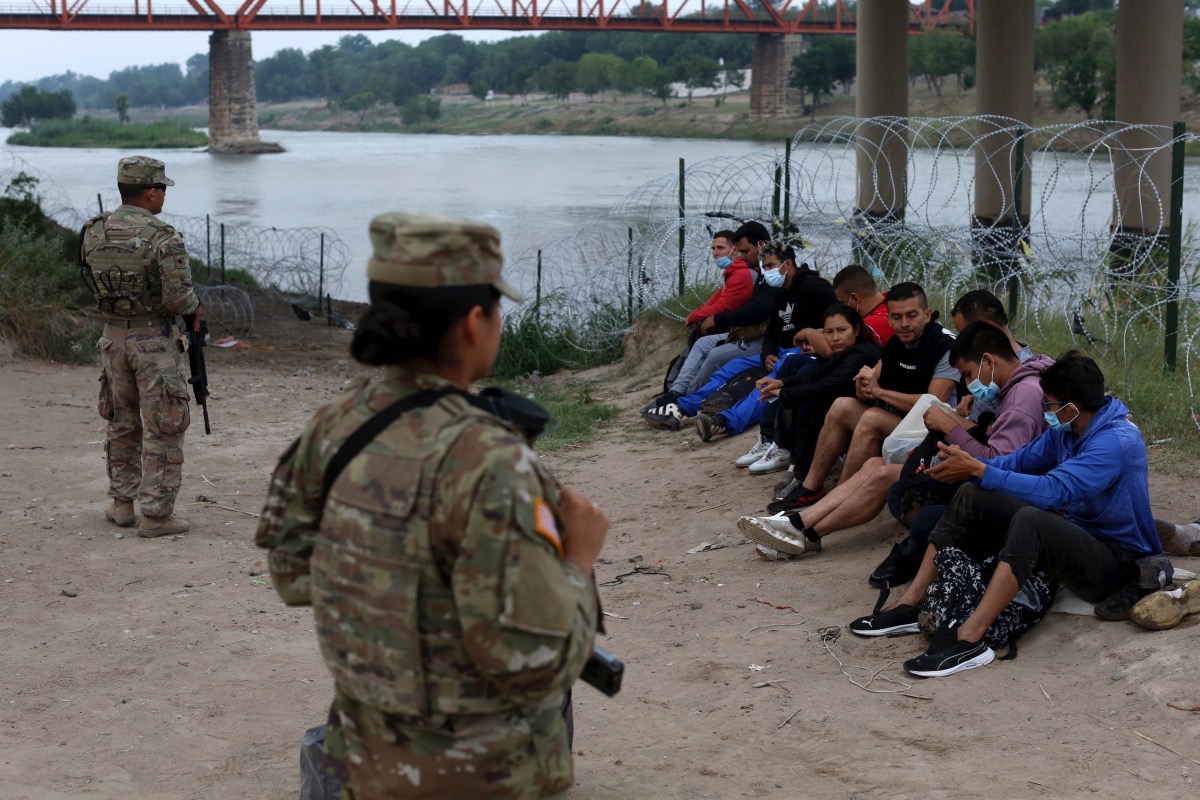 Migrants who had crossed the Rio Grande river into the US are under custody of National Guard members as they await the arrival of U.S. Border Patrol agents in Eagle Pass, Texas, Friday, May 20, 2022. (AP Photo/Dario Lopez-Mills)

LAFAYETTE, Louisiana (AP) — Pandemic-related restrictions on migrants seeking asylum on the southern border must continue, a judge ruled Friday in an order blocking the Biden administration’s plan to lift them early next week.

The ruling is just the latest instance of a court derailing the President’s proposed immigration policies along the U.S. border with Mexico.

While the administration can appeal, the ruling sharply increases the odds that restrictions will not end as planned on Monday. A delay would be a blow to advocates who say rights to seek asylum are being trampled, and a relief to some Democrats who fear that a widely anticipated increase in illegal crossings would put them on the defensive in an already difficult midterm election year.

Migrants have been expelled more than 1.9 million times since March 2020 under Title 42, a public health provision that denies them a chance to request asylum under U.S. law and international treaty on grounds of preventing the spread of COVID-19.

U.S. District Judge Robert Summerhays in Lafayette, Louisiana ordered that the restrictions stay in place while a lawsuit led by Arizona and Louisiana —and now joined by 22 other states— plays out in court.

The states argued that the administration failed to adequately consider the effects that lifting the restrictions would have on public health and law enforcement. Drew Ensign, an attorney for the state of Arizona, argued at a hearing that the U.S. Centers for Disease Control and Prevention (CDC) failed to follow administrative procedures requiring public notice and time to gather public comment.

Jean Lin, a Justice Department attorney, told the judge that the CDC was empowered to lift an emergency health restriction it felt was no longer needed. She said the order was a matter of health policy, not immigration.

Summerhays, who was appointed by President Donald Trump, had already ruled in favor of the states by halting efforts to wind down the use of the pandemic-era rule. He said last month that a phaseout would saddle states with “unrecoverable costs on healthcare, law enforcement, detention, education, and other services.”

Title 42 is the second major Trump-era policy to deter asylum at the Mexican border that was jettisoned by President Joe Biden, only to be revived by a Trump-appointed judge.

Last month, the U.S. Supreme Court heard arguments on whether to allow the administration to force asylum-seekers to wait in Mexico for hearings in U.S. immigration court. That case, challenging a policy known as “Remain in Mexico,” originated in Amarillo, Texas. It was reinstated in December on the judge’s order and remains in effect while the litigation plays out.

One response to “Judge: Title 42 Asylum Restrictions Must Continue on Border”