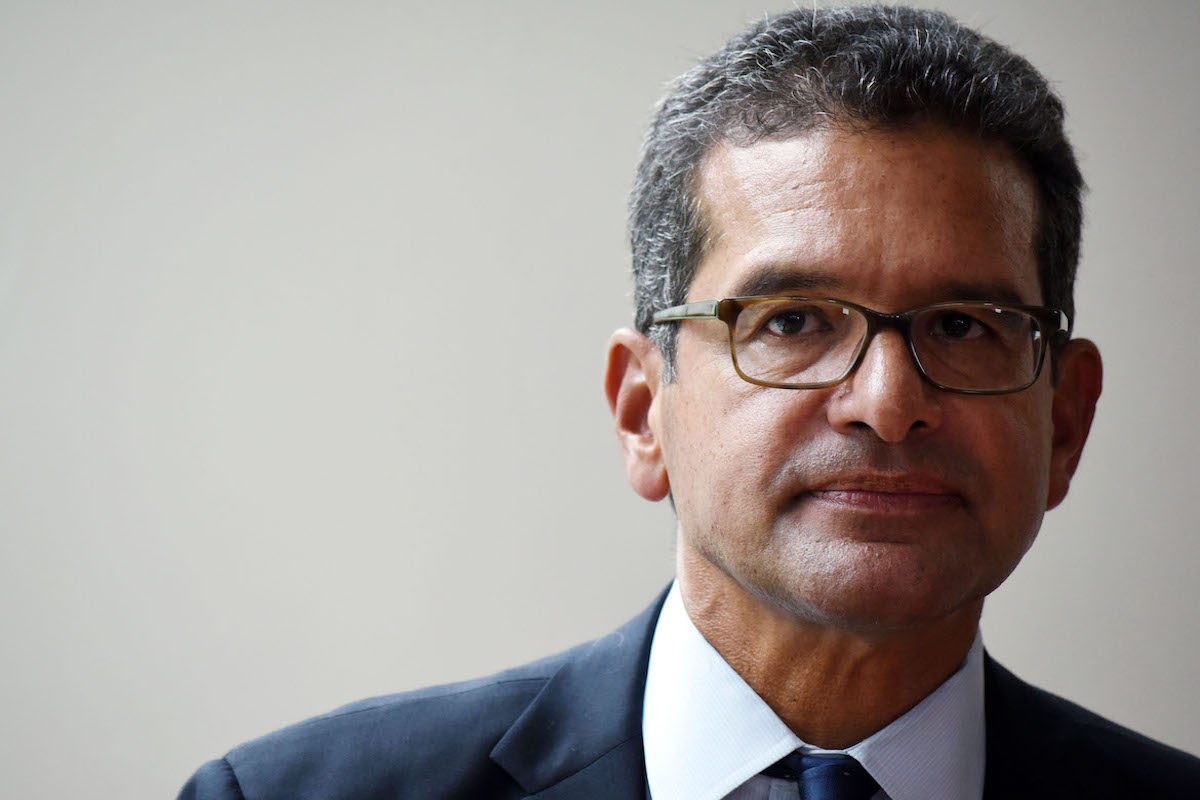 SAN JUAN, Puerto Rico — On May 5, the super PAC Salvemos a Puerto Rico and its president pled guilty to one count of falsifying documents to hide donor identities from the Federal Election Commission (FEC), leading to an investigation into whether they coordinated with Gov. Pedro Pierluisi’s 2020 campaign.

Joseph “Joey” Fuentes Fernández served as the president and treasurer of Salvemos a Puerto Rico, which organized to raise funds and support the 2020 gubernatorial campaign of then-candidate Pierluisi.

The nonprofits, which shared some of the same officers and were founded within minutes of each other, were used to solicit $495,000 that was then rapidly passed along to Salvemos a Puerto Rico. With the money safely in Salvemos a Puerto Rico’s coffers, the super PAC and Fuentes Fernández reported to the FEC that the money came from the two aforementioned nonprofits in a bid to conceal the identities of the true donors to the Super PAC.

In October 2020, Fuentes Fernández sent a text message to a potential donor telling them that they could “use a third party to not disclose the true donor.”

Fuentes Fernández declined a request for comment from Latino Rebels, saying by email: “I don’t want to say more than what I said on May 5th.”

“The government has a justified basis (for this case),” Fuentes Fernández told the judge on May 5, 2022 when asked if he was sure he wanted to waive his right to present a defense. “It was a huge error on my part. I feel terribly bad about this and I only want to put it behind me.”

In connection with the plea, Salvemos a Puerto Rico has agreed to pay a $150,000 fine and file an amended report with the FEC that must contain the true identities of donors to the nonprofit from 2020 to the present.

The most prominent project funded by the donations was a smear campaign against Pierluisi’s political rival for the New Progressive Party (PNP) nomination, Wanda Vázquez Garced, who herself is embroiled in a federal investigation due to irregularities in her 2020 campaign for governor.

Many have questioned whether then-candidate Pierluisi’s electoral campaign, run by his sister Caridad Pierluisi, had any involvement or arrangement with the super PAC, given that Fuentes Fernández and Gov. Pierluisi have been friends since they were in university.

Gov. Pierluisi has repeatedly denied these claims, saying “it’s impossible” that his campaign was involved in any sort of collusion with Salvemos a Puerto Rico.

Audio in possession of En Blanco y Negro con Sandra disputes these claims. In the audio, businessman Ricky Castro, who was implicated in the federal charges against Salvemos a Puerto Rico, can be heard explaining that he donated $50,000 to attack Vázquez Garced and names one of his six lawyers as Andrés “Andy” Guillemard, husband of Caridad Pierluisi and the Governor’s brother-in-law.

According to Castro in the audio, he originally was going to donate the $50,000 to fund a campaign against then-San Juan mayoral candidate Rossana López of the Popular Democratic Party (PPD), but changed his mind after Guillemard told him she was third in the polls. Afterward, he fixed his sights to Wanda Vázquez Garced.

“He (Guillemard) tells me ‘a PAC will be created’ and I told him ‘here I have the $50,000. Let me know when you need them. When you need them, there they are,'” Castro can be heard saying in the audio.

The Office of the Governor did not respond to repeated requests for comment. Castro could not be reached either.

During the federal investigation into Salvemos a Puerto Rico, Fuentes Fernández collaborated with federal authorities and wore a recording device while meeting with multiple public officials and legislators. The federal authorities have these recordings in their possession, which will likely be revealed to the public as the judicial proceedings continue.

The Office of the Electoral Comptroller opened, closed, and then re-opened an investigation into possible coordination between Salvemos a Puerto Rico and Pierluisi’s campaign. Involved parties have 15 days to respond to the investigation.

At a press conference at La Fortaleza on Monday, Gov. Pierluisi said he would ask for the investigation to be dismissed.

While the alleged connections of Gov. Pierluisi to Salvemos a Puerto Rico and the federal trouble on the heels of Wanda Vázquez Garced are the most high-profile political dramas currently gripping Puerto Rico’s politics, they are by no means the only ones. This, election cycle has seen five mayors, one vice mayor, and one former mayor arrested on corruption charges by the Federal Bureau of Investigation.