Biden Hoping to Avoid Summit of the Americas Flop in LA 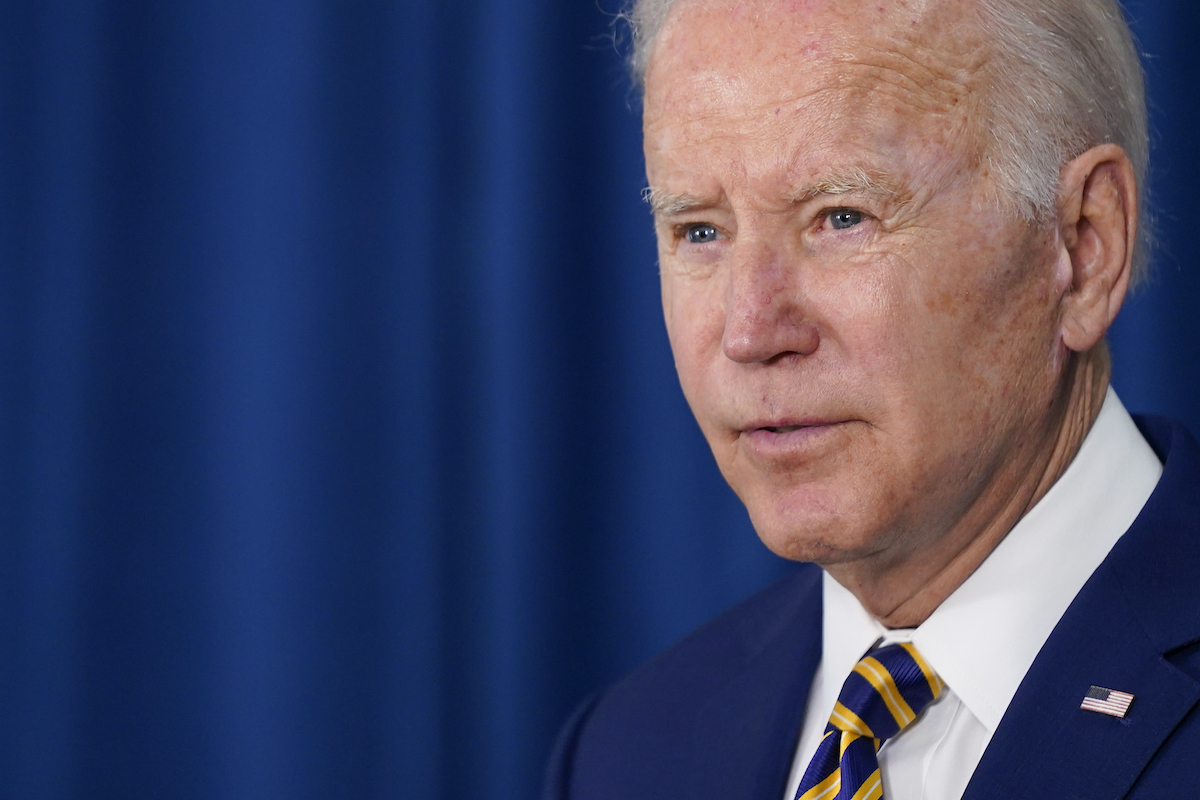 LOS ANGELES (AP) — When leaders gather at the Summit of the Americas this week, the focus is likely to veer from policy issues —migration, climate change and galloping inflation— and instead shift to something Hollywood thrives on: the drama of the red carpet.

With Mexican President Andrés Manuel López Obrador topping a list of leaders threatening to stay home to protest the exclusion by the host United States of authoritarian leaders from Cuba, Nicaragua and Venezuela, experts say the event could turn into an embarrassment for U.S. President Joe Biden.

Even some progressive Democrats have criticized the administration for bowing to pressure from exiles in the swing state of Florida and barring communist Cuba, which attended the last two summits.

“The real question is why the Biden administration didn’t do its homework,” said Jorge Castañeda, a former Mexican foreign minister who now teaches at New York University.

While the Biden administration insists the president in Los Angeles will outline his vision for a “sustainable, resilient, and equitable future” for the hemisphere, Castañeda said it’s clear from the last-minute wrangling over the guest list that Latin America is not a priority for the U.S. president.

“This ambitious agenda, no one knows exactly what it is, other than a series of bromides,” he said.

The U.S. is hosting the summit for the first time since its launch in 1994, in Miami, as part of an effort to galvanize support for a free trade agreement stretching from Alaska to Patagonia.

But that goal was abandoned more than 15 years ago amid a rise in leftist politics in the region. With China’s influence expanding, most nations have come to expect —and need— less from Washington.

As a result, the premier forum for regional cooperation has languished, at times turning into a stage for airing historical grievances, like when the late Venezuelan leader Hugo Chávez at the 2009 summit in Trinidad & Tobago gave President Barack Obama a copy of Eduardo Galeano’s classic tract, The Open Veins of Latin America: Five Centuries of the Pillage of a Continent.

The U.S. opening to former Cold War adversary Cuba, which was sealed with Obama’s handshake with Raul Castro at the 2015 summit in Panama, lowered some of the ideological tensions.

“It’s a huge missed opportunity,” Ben Rhodes, who led the Cuba thaw as deputy national security advisor in the Obama administration, said recently in his “Pod Save the World” podcast. “We are isolating ourselves by taking that step, because you’ve got Mexico, you’ve got Caribbean countries saying they’re not going to come, which is only going to make Cuba look stronger than us.”

To bolster turnout and avert a flop, Biden and Vice President Kamala Harris worked the phones in recent days, speaking with the leaders of Argentina and Honduras, both of whom initially expressed support for Mexico’s proposed boycott. Former Sen. Christopher Dodd crisscrossed the region as a special adviser for the summit, in the process persuading far-right Brazilian President Jair Bolsonaro, who was a staunch ally of President Donald Trump and hasn’t once spoken to Biden, to belatedly confirm his attendance.

Ironically, the decision to exclude Cuba, Nicaragua and Venezuela wasn’t the whim of the U.S. alone. In 2001, the region’s governments declared in Quebec City that any break with democratic order is an “insurmountable obstacle” to future participation in the summit process.

The governments of Cuba, Nicaragua and Venezuela aren’t even active members of the Washington-based Organization of the American States, which organizes the summit.

“This should’ve been a talking point from the beginning,” said Tom Shannon, a former undersecretary of state for political affairs who in a long diplomatic career attended several summits. “It’s not a U.S. imposition. It was consensual. If leaders want to change that, then we should have a conversation first.” 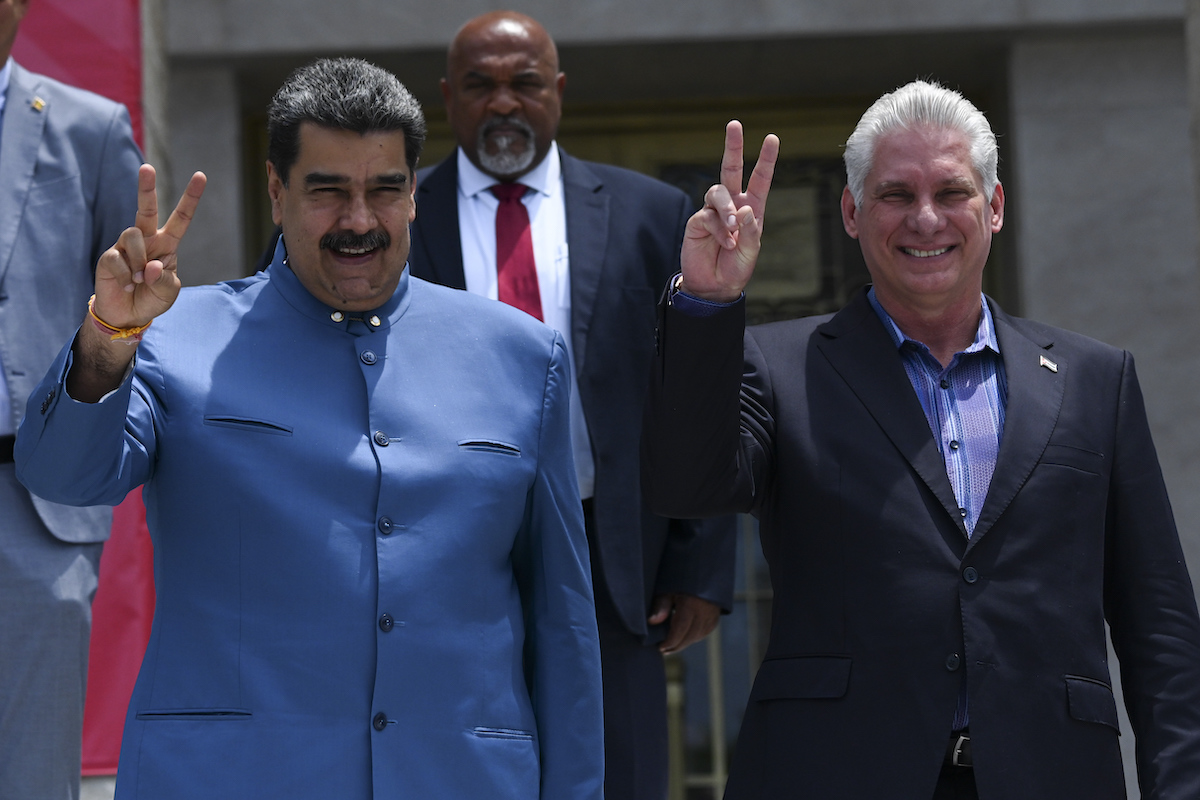 After the last summit in Peru, in 2018, which Trump didn’t even bother to attend, many predicted there was no future for the regional gathering. In response to Trump’s pullout, only 17 of the region’s 35 heads of state attended.

“As long as we don’t speak with a single voice, no one is going to listen to us,” said former Chilean President Ricardo Lagos, who also faults Mexico and Brazil —the region’s two economic powers— for the current drift in hemispheric relations. “With a cacophony of voices, it is much more difficult to find our place in the world.”

To the surprise of many, the U.S. picked up the ball in early 2019, offering to host the summit. At the time, the Trump administration was enjoying something of a leadership renaissance in Latin America, albeit among mostly similar-minded conservative governments around the narrow issue of restoring democracy in Venezuela.

But that goodwill unraveled as Trump floated the idea of invading Venezuela to remove Nicolás Maduro—a threat recalling the worst excesses of the Cold War. Then the pandemic hit, taking a devastating human and economic toll on a region that accounted for more than a quarter of the world’s COVID-19 deaths despite making up only 8% of the population. The region’s politics were upended.

The election of Biden, who was Obama’s point man for Latin America and had decades of hands-on experience in the region from his time on the Senate Foreign Relations Committee, set expectations for a relaunch.

But as popular angst spread during the pandemic, the Biden administration was slow to match the vaccine diplomacy of Russia and China, although it did eventually provide 70 million doses to the hemisphere. Biden also maintained the Trump-era restrictions on migration, reinforcing the view that it was neglecting its own neighbors.

Since then, Biden’s hallmark policy in the region  —a $4 billion aid package to attack the root causes of migration in Central America— has stalled in Congress with no apparent effort to revive it. Russia’s invasion of Ukraine has also diverted attention from the region, something experts say could come back to bite Biden if rising interest rates in the U.S. trigger a stampede of capital outflows and debt defaults in emerging markets.

There have been smaller snubs too: When leftist millennial Gabriel Boric was elected president in Chile, setting high expectations for a generational shift in the region’s politics, the U.S. delegation to his inauguration was led by the second-lowest ranking Cabinet member—Isabel Guzmán, head of the Small Business Administration.

Shannon said for the summit to be successful Biden shouldn’t try to lay out a grand American vision for the hemisphere but rather show sensitivity to the region’s embrace of other global powers, concerns about gaping inequality and traditional mistrust of the U.S.

“More than speeches, he will need to listen,” Shannon said.