What House Democrats Are Saying About Latino January 6 Insurrectionists 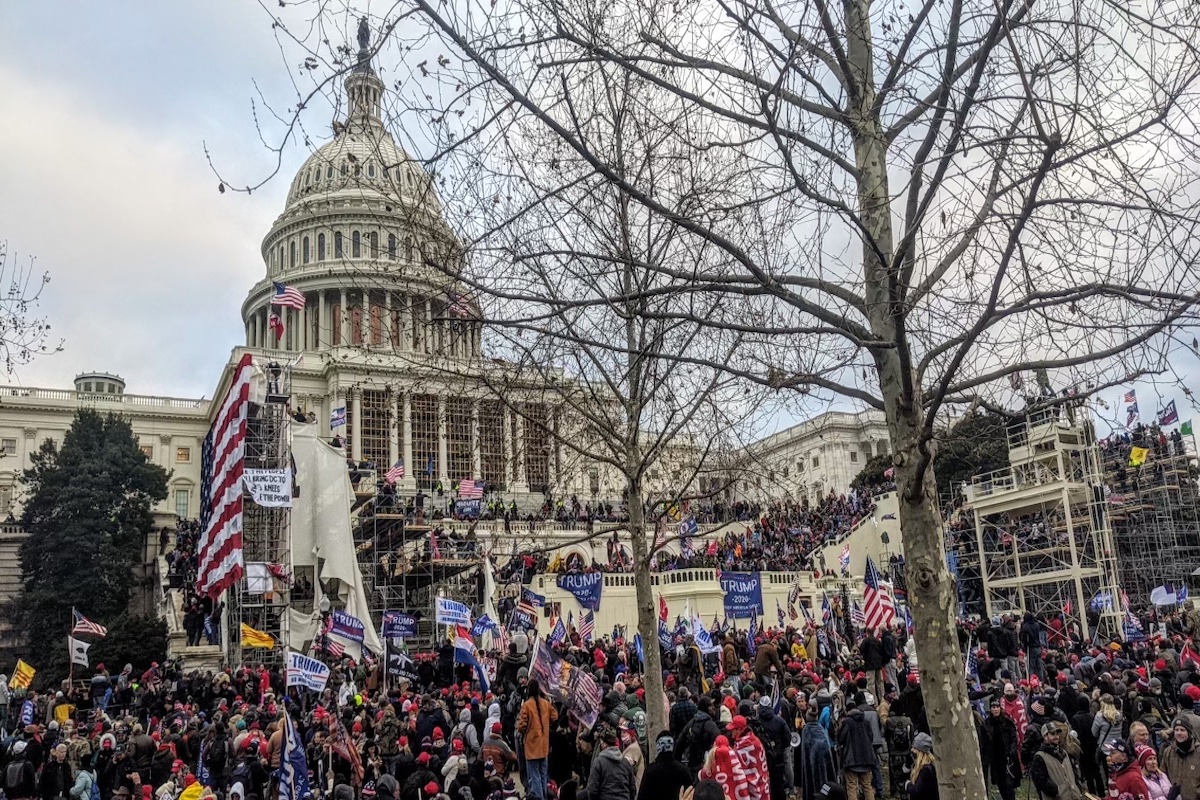 WASHINGTON, D.C. — Investigators may never determine exactly how many Latinos participated in the January 6 attempted coup at the Capitol, but court records and videos show that several did indeed play a role.

The most notable is Afro-Cuban Enrique Tarrio, former leader of the Proud Boys, who this past Monday was charged with seditious conspiracy, but dozens of other Latinos have also been arrested for playing a part in the Capitol attack, like Emily Hernandez of Sullivan, Missouri. Hernandez has already pleaded guilty.

Rep. Pete Aguilar (D-CA), the only Latino member on the January 6 Committee, said he was surprised to see so many Latinos participating in the attack and found it “concerning.”

“We’ve been told time and time again that that can’t happen in America. And you know, many Latinos come from countries where that was the case, where governments do get toppled. And so the importance of protecting our democracy is something we should all stand for. No matter the nationality, it’s something that’s important,” Aguilar said.

Rep. Adriano Espaillat (D-NY) was also surprised to see Latinos among the crowd of people who broke into the Capitol.

“I’m surprised that they will be out here spewing hate, the self-hating Latinos because, if you look at how Trump began his campaign, calling the Mexicans rapists and murderers, that’s pretty egregious,” said Espaillat, who identifies as Afro-Latino. He said people not knowing or understanding their culture or language can serve as a catalyst for hating themselves.

Rep. Jesús “Chuy” García (D-IL) didn’t go as far as Espaillat to attribute self-hatred as the reason for why many Latinos were a part of the insurrection. Instead, he pointed to the assimilation push that some Latinos feel to advance in the U.S. He used the term “cultural aggression” to describe the process of Latinos differentiating themselves from other immigrants from being “too Mexican” or “too Latino” to blend into American society.

García spoke of his experience growing up being called a “brazer” —a term referring to Mexican or Central American migrants— by other Mexican American kids in his neighborhood.

“It was a form of distinguishing the newer Mexicans versus the second, third-generation Mexicans,” García said. “I think it’s a part of that, whatever hierarchy we construct that defines who’s more American than someone else.”

Rep. Alexandria Ocasio-Cortez (D-NY) said she was not surprised that Latinos participated in the insurrection.

“The United States has been supporting regime change in Latin America, which I believe has sprung neo-fascist movements throughout Latin America, where you have people who use religion, anti-indigenous sentiment, racist sentiment, anti-Afro-Latino sentiment in order to secure power,” Ocasio-Cortez said.

Latino Rebels asked Florida Republican Rep. María Elvira Salazar on Thursday afternoon to comment on the Latinos who stormed the Capitol on January 6. The congresswoman declined to comment and walked away.

After Thursday night’s primetime hearing of the House Select Committee investigating the attack, Capitol Police Sergeant Aquilino Gonell also drew a connection between the possible influence of uprisings in other Latin American countries and the participation of Latinos at the Capitol.

“You have people who, including American not natural-born citizens, continue to say, ‘I don’t want the United States to become Cuba or Venezuela,’ but that’s exactly what they did that day. They were trying to make it like Cuba, like Venezuela, like Nicaragua, where there has been a history of overthrowing their government or disregarding the Constitution and installing an authoritarian person,” Gonell said.

Gonell, along with several Democratic House lawmakers asked by Latino Rebels this week, couldn’t pinpoint what exactly drove members of the Latino community to such radicalization.

“I just think regardless of where they came from, or race or background, a lot of people were conned and fooled by the former president, in terms of providing a lie and people believed it,” he noted.

Rep. Lou Correa (D-CA) was also surprised that anyone participated in the insurrection, regardless of their race or ethnicity. Instead, he cited the involvement of Latinos on January 6 as evidence for Latinos not being homogenous.

“Latinos are not a monolith when it comes to political ideology or power. All of us come from different walks of life. We have different experiences, and therefore we have different ways of approaching issues. I would not know what motivated some of those the January 6 Latinos to take part in that, but I know it did happen,” Correa said.

The House Select Committee will hold its next public hearing at 10 a.m. ET time on Monday.