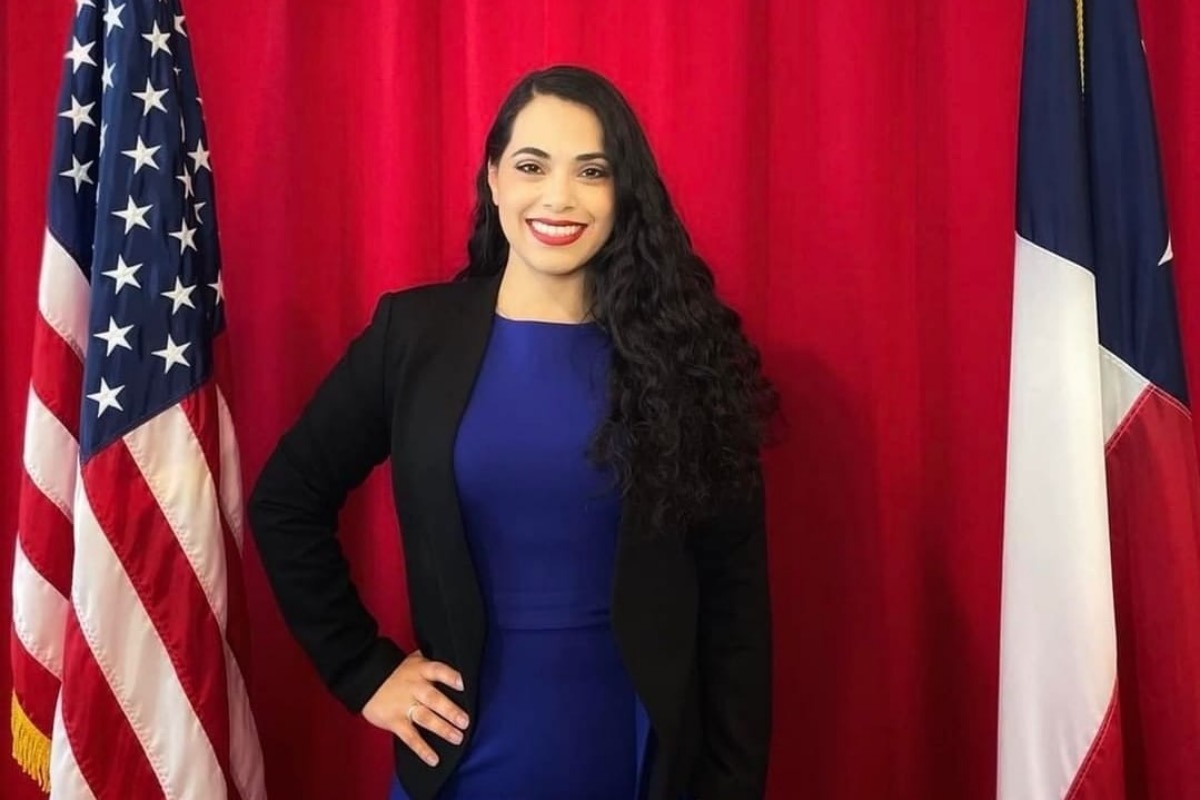 Mayra Nohemi Flores, born in Tamaulipas, Mexico, became the first Mexican-born woman to become a member of Congress after winning a special election on June 14, 2022, in Texas’ 34th district to replace Democratic Rep. Filemon Vela Jr., who resigned to become a lobbyist. (Mayra Flores for Congress)

WASHINGTON, D.C. — Rep. Mayra Nohemi Flores (R-TX) was sworn in Tuesday to serve in the House seat vacated by former Rep. Filamon Vela (D-TX), who resigned to become a lobbyist.

Flores, an immigrant from Tamaulipas, is the first woman born in Mexico to become a member of the United States Congress.

“It’s an exciting time to see Mayra Flores make history as the first woman born in Mexico to become a member of Congress, and she’s got a great story and she’s really the epitome of the American dream,” said House Minority Whip Steve Scalise (R-LA). “We’re going to continue to encourage a more diverse field of candidates.”

“It’s great to have another fellow immigrant as part of our Republican Conference,” said Rep. Carlos Gimenez (R-FL), who told Latino Rebels that the GOP’s Latino outreach had been a success. “I think you’ll see more and more that the future of the Republican Party lies a lot with Hispanics.”

“We want to be heard, and we are tired of being taken for granted as second-class citizens,” Flores said in prepared remarks to family, friends, staffers, and press gathered for the photo op.

“My father Saul Flores moved us to the United States because of the promise of America,” Flores continued. “He told us that, in this country, if you work hard, you can accomplish anything. My story proves that he is right.”

“I came to this country legally, and as did so many in South Texas, for the chance to live the American dream,” Flores said during her floor speech on Wednesday. “My legal immigration experience as a child was incredible. That legal process is how it should be done, and I want more children to have that same positive experience.”

“I came to this country legally … for the chance to live the American dream. My legal immigration experience as a child was incredible.”

— Rep. Mayra Flores (R-TX), the first Mexican-born woman to serve in Congress, speaking on the House floor one day after being sworn in pic.twitter.com/JRtifSXP89

Latino Rebels asked Leader McCarthy if he agreed with Donald Trump’s remarks from 2015 that Mexico isn’t sending their best people to the United States.

“The one thing I know that happens, just as Mayra who is the very best knows, her father came here because he wanted a better future,” McCarthy said. “She naturalized to become an American citizen because she knew her life would be better. And she’s standing before you right now as the first in the history of our country that’s more than 230 years old … as the first woman born in Mexico ever elected to this body. We’re less than 12,000 people to have ever had that honor (of becoming a member of Congress), and that’s the question you ask?”

McCarthy did not reply to follow-up questions from Latino Rebels about whether he agreed with Trump’s statements about Mexican immigrants.

After Flores described herself on Twitter as the first Mexican-born American citizen to be elected into Congress, Rep. Jesús “Chuy” García (D-IL), a Mexican-born member of Congress from Durango, quickly corrected her.

Welcome to Congress. First lesson, be sure to fact check. https://t.co/UgeFlMD8f0

“Welcome to Congress,” García tweeted. “First lesson, be sure to fact check.”

Meanwhile, Flores’ time in Congress may be short-lived as she is up for reelection in November in a district that has been redistricted to make it lean more Democratic.