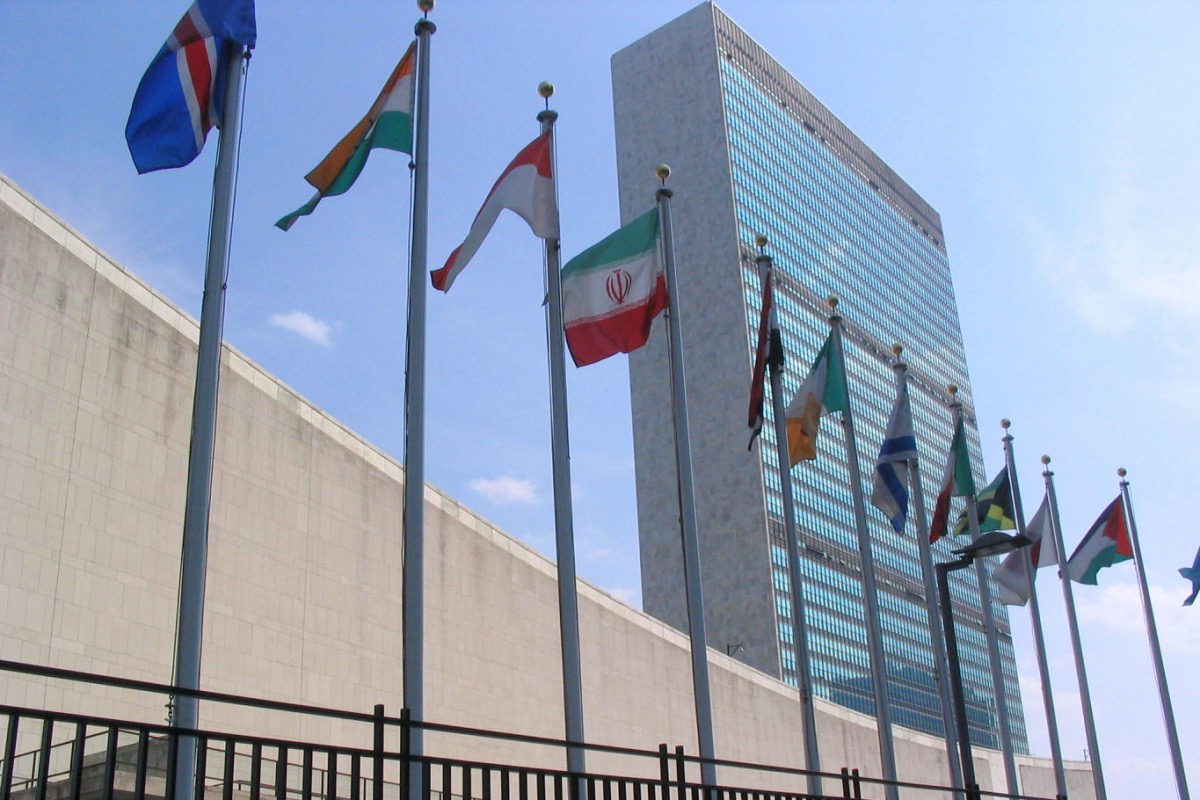 On Monday afternoon, the United Nations (UN) Special Committee on Decolonization —by consensus and for the 40th time— adopted Draft Resolution L7, which formally recognizes Puerto Rico’s right to self-determination and independence.

A contentious hearing on the status of Puerto Rico preceded the committee’s adoption of the resolution, featuring over 40 petitioners who lamented the archipelago’s colonial situation and demanded decolonization. Statehooders like disgraced former Puerto Rican Gov. Ricardo Rosselló and his wife, Beatriz Areizaga, were among the petitioners.

Well over a score of independentistas (Puerto Ricans for independence) and their allies spoke before the committee as well. Late Monday afternoon, various independence organizations staged a rally in Dag Hammarskjold Plaza outside UN headquarters in Manhattan.

Pedro Luis Pedroso, Cuban ambassador to the UN, presented the resolution co-sponsored by Russia, Nicaragua, Bolivia, Venezuela, Syria, Barbuda, and Antigua. Pedroso concluded that the colonial case of Puerto Rico “is not an internal matter of the United States… it is up to the Decolonization Committee and the entire international community.”

The Community of Latin American and Caribbean States (CELAC) and the Non-Aligned Movement (NAM), an international organization of 120 member states not officially aligned with any major power bloc, also expressed support for Puerto Rico’s right to self-determination and independence.

The resolution, which signified the 50th anniversary of hearings held by the UN on Puerto Rico’s status, reaffirmed Puerto Rico’s sovereign right to self-determination and independence. It also represented a plea to swiftly bring the political case of Puerto Rico before the General Assembly and observed how the Puerto Rico Oversight, Management and Economic Stability Act (PROMESA) has deepened the colonial chasm that the archipelago finds itself in.

This comes as a consensus bill known as the Puerto Rico Status Act is currently under review by Congress, though it’s unlikely that this bill will pass the House—let alone the Senate.

On Monday, petitioners made a series of powerful addresses to the committee. The session lasted roughly three hours, and each petitioner had three minutes to offer comments. The majority of those who spoke aligned themselves with the Puerto Rican independence movement—about a third were statehooders.

When Rosselló addressed the committee, several independentistas walked out of the session to protest his presence. Later, Areizaga spoke before the committee—prompting independence petitioners to repeat this act of defiance once more.

Both Rosselló and Areizaga articulated their longtime support for Puerto Rican statehood, and Roselló’s spouse rejected the notion that this status option would cause Puerto Rico to lose its national identity.

“The time to act has come,” Rosselló said, urging the committee to support the efforts of Congress to present a binding federal referendum to the people of Puerto Rico.

Many statehood petitioners claimed that the majority of Puerto Ricans support making Puerto Rico a state, but they failed to mention that the most recent plebiscite was fraught with low voter turnout, with only about 30 percent of the archipelago’s electorate participating.

Kathy Blount, who along with Roselló spoke on behalf of the Puerto Rico Statehood Delegation, alleged that the National Association for the Advancement of Colored People (NAACP) had endorsed statehood for Puerto Rico.

The NAACP did not respond to Latino Rebels’ request for comment by the time of this reporting.

Cristina Mojíca, a collaborator with Boricuas Unidos en La Diaspora (BUDPR), noted in her address that the draft bill in Congress doesn’t comply with the minimum requirements of international law and demonstrates overreach from the federal government. She called on the committee to open a formal dialogue with the U.S. as an administrative power and organize a visit and mission to Puerto Rico, among other demands.

"#PuertoRico is a classic colony and this organization must get more involved in the liberation of our people. Through decolonization colonies become independent. Those who favor absorption into the oppressing country are for colonization, not against it. ?@AOC @RepAOC @NRDems pic.twitter.com/UpzmTUE2Ev

“Puerto Rico is a classic colony, and this organization must get more involved in the liberation of our people,” she said. “Through decolonization, colonies become independent. Those who favor absorption into the oppressing country are for colonization—not against it.”

“Statehooders who are here today will say anything to preserve the privileges of a few,” Mojíca added.

"#PuertoRico is a classic colony and this organization must get more involved in the liberation of our people. Through decolonization colonies become independent. Those who favor absorption into the oppressing country are for colonization, not against it. ?@AOC @RepAOC @NRDems pic.twitter.com/UpzmTUE2Ev

“Although it is true that the actors of the Puerto Rican political process have the task of forcing the Congress and the Government of the United States to discharge their decolonizing responsibility in relation to the colonial possession that continues to be Puerto Rico, it is no less true that the international community has the instruments and the responsibility to promote conditions that encourage the United States to comply with its obligations under Resolution 1514 (XV),” Dalmau Ramírez said.

Villanueva Muñoz floated a formula for a “different kind of status” that would allow for a certain degree of U.S. citizenship for the people of Puerto Rico as they chart a course toward decolonization. At least one other petitioner echoed this proposal.

Jan Susler, an attorney with a long history of working with the Puerto Rican independence movement, spoke on behalf of the National Lawyers Guild. She explained how Congress used an economic crisis “founded upon an odious debt” to install the Fiscal Oversight and Management Board (FOMB), colloquially known as “La Junta.” Its plan slashed pensions for already underpaid public school teachers and plans yet to shutter scores of public schools, among other deleterious outcomes endemic to austerity politics.

“Today, colonial rule looks like disaster capitalism, leveraging ecological catastrophes to transfer more wealth from the island to the metropolis,” she said. “Debt collection enables the colonial power to impose a slow death on people. With many Puerto Ricans unable to afford the spiraling costs of housing, energy, and food, a new exodus is underway.”

“Yet, Puerto Ricans resist,” Susler added, noting how Puerto Ricans have worked tirelessly to establish mutual aid societies and resistance organizations to “take care of each other when the government doesn’t take care of them.”

She concluded by calling on the committee to prioritize the colonial case of Puerto Rico by keeping it under continuous review and urging the General Assembly to formally consider the matter.

“They said we were no longer a colony in 1952, but in 2022, they still tell us what to do,” he said. “There’s a sham congressional delegation elected by only 3.9 percent of the voting population lobbying for annexation—the culmination of colonization.”

A petitioner representing Jornada Se Acabaron Los Promesas stated that although people of Puerto Rican descent have come to the UN from all over the world to denounce colonialism, there has been very little progress on this front.

“We are pushed into the position of pariahs on our own land,” he said. “There’s no point in us coming back every year from various sectors in Puerto Rico to say what you already know.”

James Baratta is a freelance journalist graduating from Ithaca College in May 2022 with a B.A. in journalism. He has written for Common Dreams, Fairness & Accuracy In Reporting, and Truthout, among others. Twitter: @jamesjbaratta