Latina on a 1600-Mile Bike Ride for Workers’ Rights 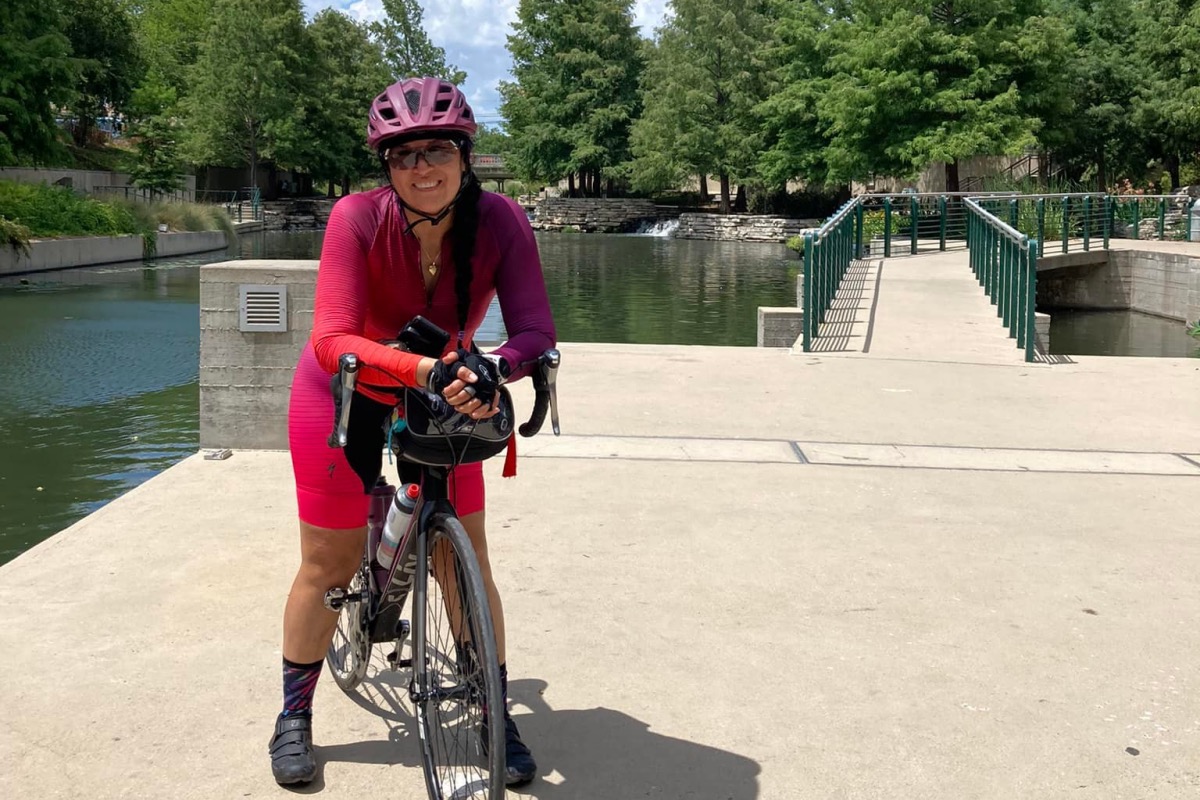 When she arrives in Chicago on Saturday, Ana will have peddled almost 1600 miles. 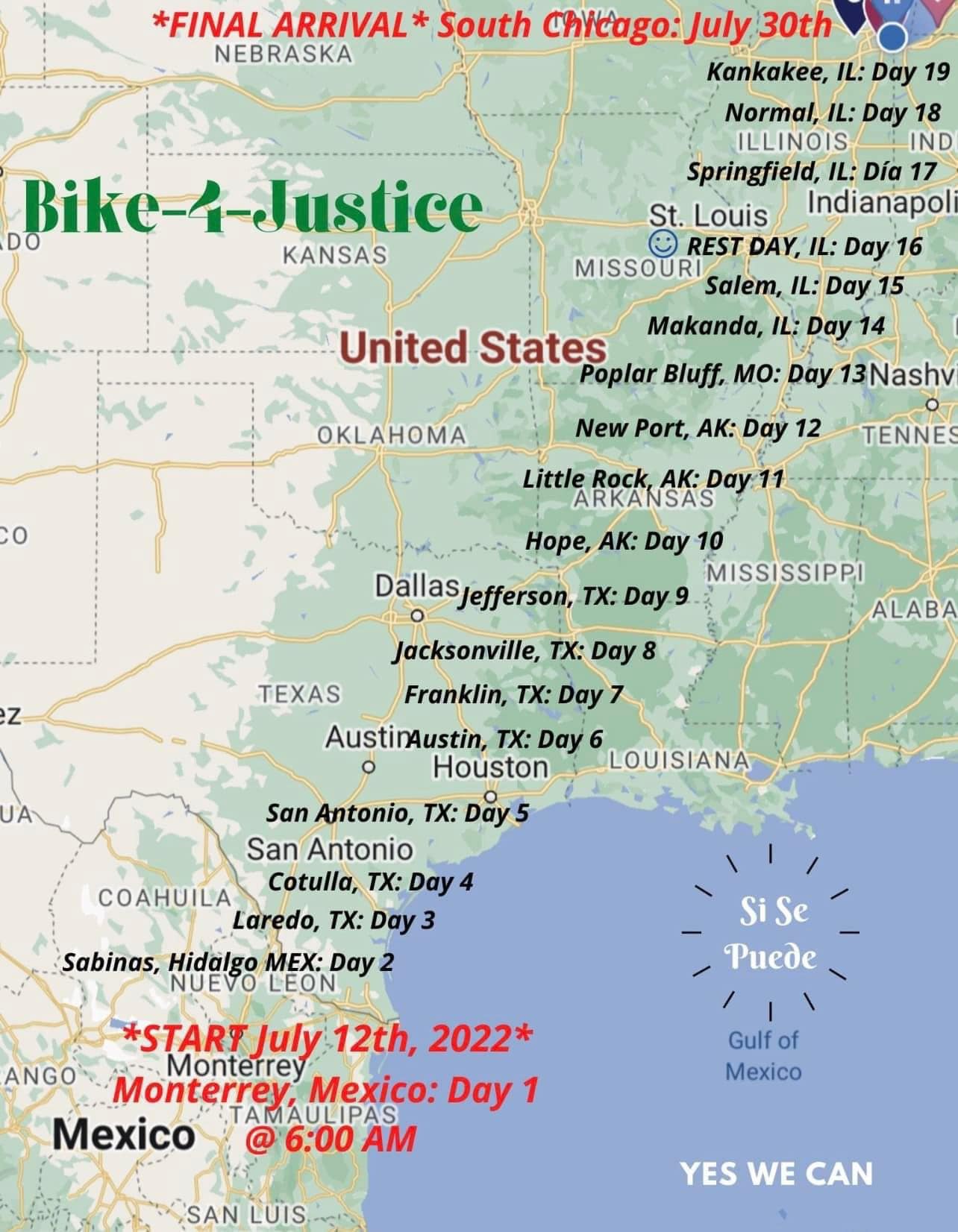 Fifteen years ago, Guajardo founded the Centro de Trabajadores Unidos on Chicago’s Southeast Side. What started with a $5,000 grant and one part-time staffer flourished into an organization with over 10 employees who organize to build power among low-wage immigrant workers and workers of color. Some of their campaigns include initiatives to close immigration detention centers, end at-will employment, and promote worker cooperatives.

Every year the Centro celebrates its members with a big dinner and fundraiser, but this year Ana dared to dream bigger as the worker center celebrates its quinceañera, or 15th birthday. Traditionally, a quinceañera marks the transition from childhood to adulthood, and it’s in that spirit that Ana launched her Bike-4-Justice campaign to raise funds to begin construction on a new center that will transform the Centro de Trabajadores Unidos from a small organization into a juggernaut.

When the new Southeast Chicago Community Center opens, it will provide a meeting space where various training sessions and citizenship classes will be hosted on the first floor. The second floor will serve as temporary housing for recently arrived immigrant families. An industrial kitchen in the basement will operate as an incubator for worker cooperatives.

There is currently no center that provides all of these services on the Southeast Side. 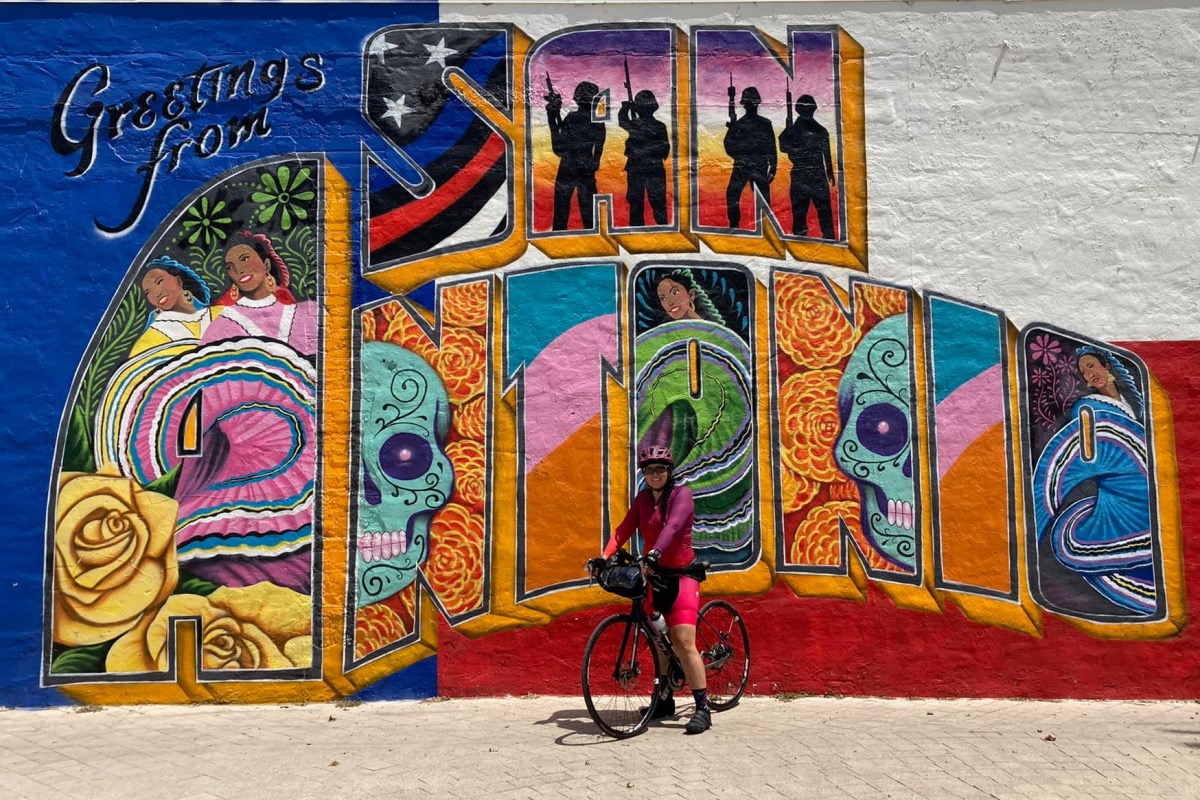 Ana Guajardo poses on her bicycle in front of a mural in San Antonio, Texas. (Krys Marie/Facebook)

Although she was exhausted, in pain, and preoccupied with her electrolyte intake, Ana still took time to speak with Latino Rebels last Thursday from Little Rock, Arkansas, roughly halfway between Monterrey and Chicago.

She had had a big fall that day. Though she had been chased by stray dogs every single day and was now peddling with the fear of being pulled down by one of them, in the end, it was railroad tracks that caught her rear tire and brought Ana to the ground.

“I have to keep going,” Ana said. “I’ve been hot, like real hot, and thirsty and hungry and tired. But that’s nothing compared to what immigrants go through every day.”

Part of Ana’s route through Texas followed the migration patterns of the monarch butterflies. I asked Ana about the connection between building temporary housing for immigrant families in Chicago, migration, and her bike ride that crosses borders. It’s a question that could have been answered through multiple lenses including the political, historical, or cultural, but for Ana the answer is personal.

“My father walked across the border undocumented,” she explained. “It was important for me to start this journey in Monterrey, where my father started his journey to Chicago years ago.”

Ana reiterates that her journey is nowhere near as difficult as the journey of undocumented migrants. And yet, Ana’s story is no less a story of bravery.

“As a woman I’m out here biking alone, and it’s scary. But I want people to know that it doesn’t matter what your gender is. You must take on challenges and set goals for yourself,” she said.

Despite the heat, the dogs, and the falls, there are moments of joy for Ana. She’s taking in every view the land has to offer. Each daily ride begins with Ana watching the sunrise, and toward the end of each day she is guided by the moon.

“I’m very spiritual, and for me, connecting with the moon is very important,” she said.

4 days ago Ana Guajardo set out from Monterrey, Mexico to travel back to Chicago by bicycle. Over 2 weeks, she will ride over 1500 miles to celebrate Centro de Trabajadores Unidos' (United Workers’ Center’s) 15th anniversary. Ana cofounded & is a former Executive Director of CTU. pic.twitter.com/2xCBXHOxbe

Ana’s journey has garnered the attention of Congressman Jesús “Chuy” García (D-IL) and continues to inspire others. She’s only been cycling for a little over one year but says won’t give up.

“I’ve been criticized by cyclists about my speed or about my experience, but I remind them that I’m not here to compete. It’s such a capitalist mindset—the need to one-up each other. I’m here to have fun and enjoy the ride,” she said.

You can help Ana build the Southeast Chicago Community Center by making a general donation or purchasing raffle tickets for a chance to win a new Harley Davidson Sportster.

Arturo “Tootie” Alvarez is based in Chicago. He trucks. He writes. Not at the same time. Twitter: @TootieAlvarez