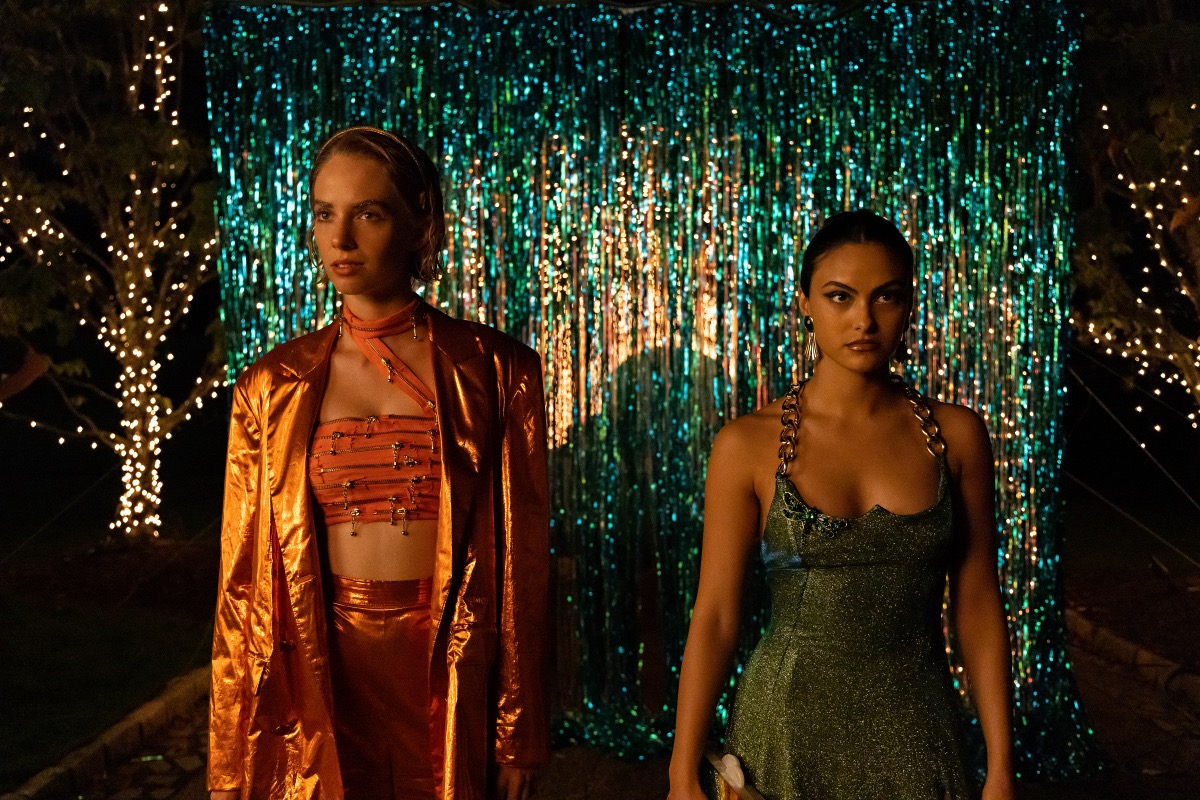 Maya Hawke, left, as Eleanor and Camila Mendes as Drea in Netflix’s ‘Do Revenge’ (Kim Simms/Netflix)

Netflix is out with a new teen flick, Do Revenge, starring Riverdale’s Camila Mendes and Stranger Things‘ Maya Hawke. As Drea, Mendes is our heroine, a middle-class Latina who has figured out how to make it in the rich world of prep school kids, until her lack of a safety net and past mistakes catch up with her.

It’s very fun. If you like teen movies —particularly of the stylized, over-the-top variety— Do Revenge is for you. In fact, it probably contains at least one hommage to your old favorites, with visual references to Clueless, Cruel Intentions, 10 Things I Hate About You, and more.

The film succeeds by picking and choosing from the beloved classics of our youth and then building on top of them a world as specific and unique as any fantasy or sci-fi film. For example, Do Revenge clearly has fun with fashion, dressing its heroines in one over-the-top outfit after another to encapsulate the isolated and rarified world of Rosehill Country Day High School. 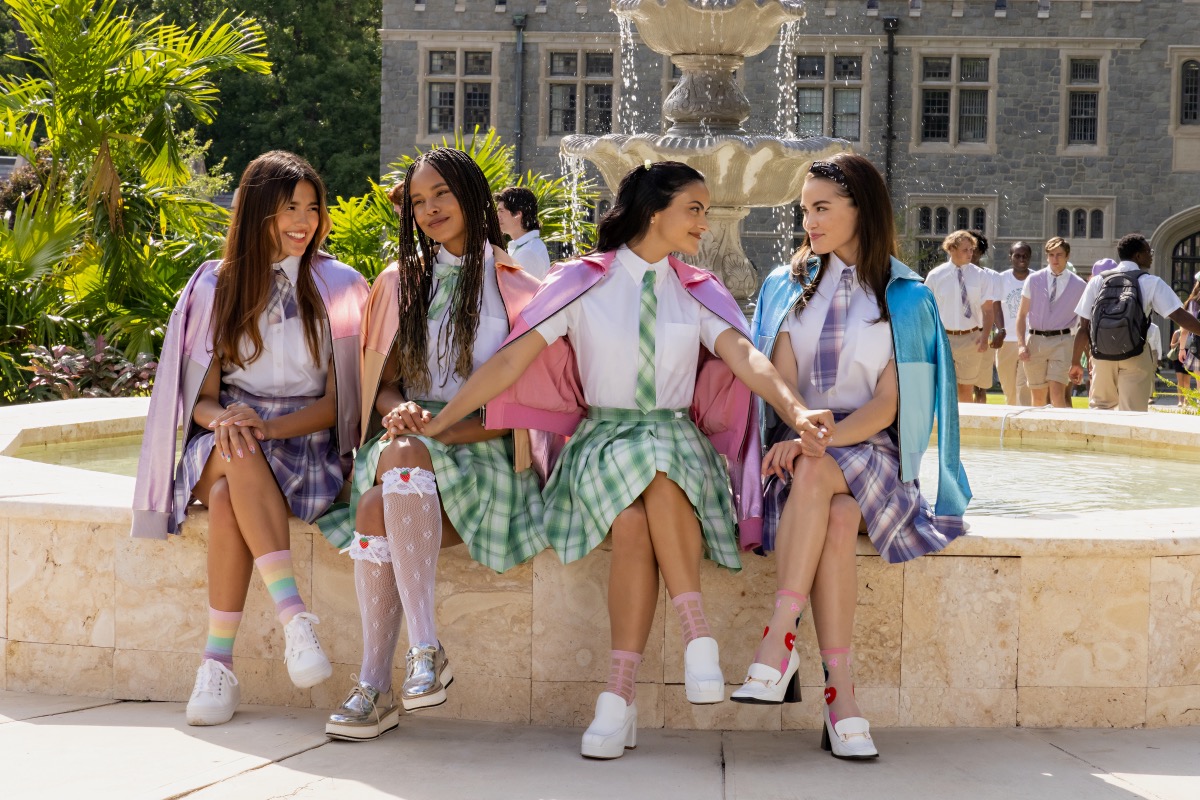 From left, Maia Reficco as Montana, Alisha Boe as Tara, Camila Mendes as Drea, and Paris Berelc as Meghan in ‘Do Revenge’ (Kim Simms/Netflix)

Likewise, Do Revenge’s villain is delightfully slimy—patriarchy incarnated in a privileged teen boy. Yes, there are throwaway lines about how crazy teen girls are, but the real problem is clearly the stacked deck the girls are playing against thanks to double standards.

And this being a teen film, there are hardly any grown-ups, just one who you could call a real character—and she’s Sarah Michelle Geller. Drea may invoke her mom several times but we never see her or hardly any other of the parents in question.

Taken together, these elements isolate our two heroines, placing them alone in their cutthroat prep school and replicating the insular nature of the school itself, showing how success there can be so narrowly defined.

So while a teen film about some girls fighting patriarchy may sound trite —or worse, earnest— Do Revenge is anything but.

For one, it is smart about race. The elite of Rosehill are mostly but not all white, with a few Black teens rising to the top of its social ladder. So when Drea identifies herself as a “student of color,” it feels more manipulative than true, a way to weaponize her identity that doesn’t reflect how she’s treated as a non-Black Latina.

The thing is Drea’s problems don’t stem from her ethnicity but rather her class. She’s playing with the One Percent—her classmates don’t so much have safety nets as full-on trampolines to bounce on if they make a mistake. Drea, though, exists with the rest of us, playing by a set of rules her classmates can’t even fathom. 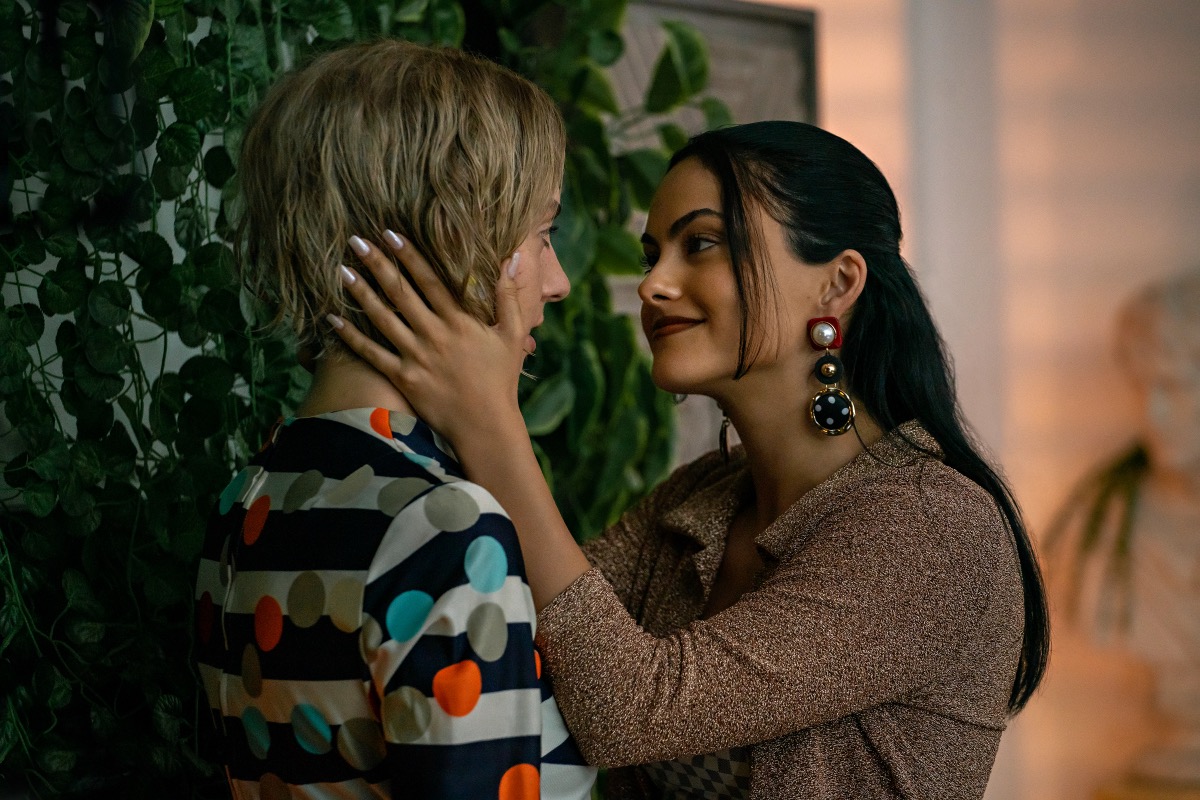 Maya Hawke as Eleanor, left, and Camila Mendes as Drea in ‘Do Revenge’ (Kim Simms/Netflix)

But don’t shed any tears for her because, while the system may be unfair, Drea’s not an impoverished victim. She’s just middle-class. She lives in a nice house, has her own car, and rocks a variety of stunning outfits. Working a summer job at the local tennis club is not exactly a hardship.

Drea is not compelling because she’s the victim of anything—she’s compelling because she’s just as smart, mean, and entitled as the rest. Isn’t that the kind of representation we want? One that acknowledges some of the facts of Latinidad (like our generally less fortunate economic position) but allows us the full breadth of humanity (including the ability to be terrible)?

Drea is a mean girl, albeit one we root for. She switches between callously walking over people and actively trying to hurt them, and while that’s not OK, it is fun to watch. This is a revenge fantasy, after all, and Do Revenge delivers on that front by giving its heroine her lumps but ultimately letting her triumph—even as the definition of success shifts.

In the end, Do Revenge reminds us that Latinas can anchor a ridiculous, over-the-top story. We can be anywhere and anyone. We can be sympathetic and difficult, calculating and free. We can embody all the contradictory, ugly, and surprising aspects of being the heroine in an American teen movie.

And that’s an arrival of sorts.