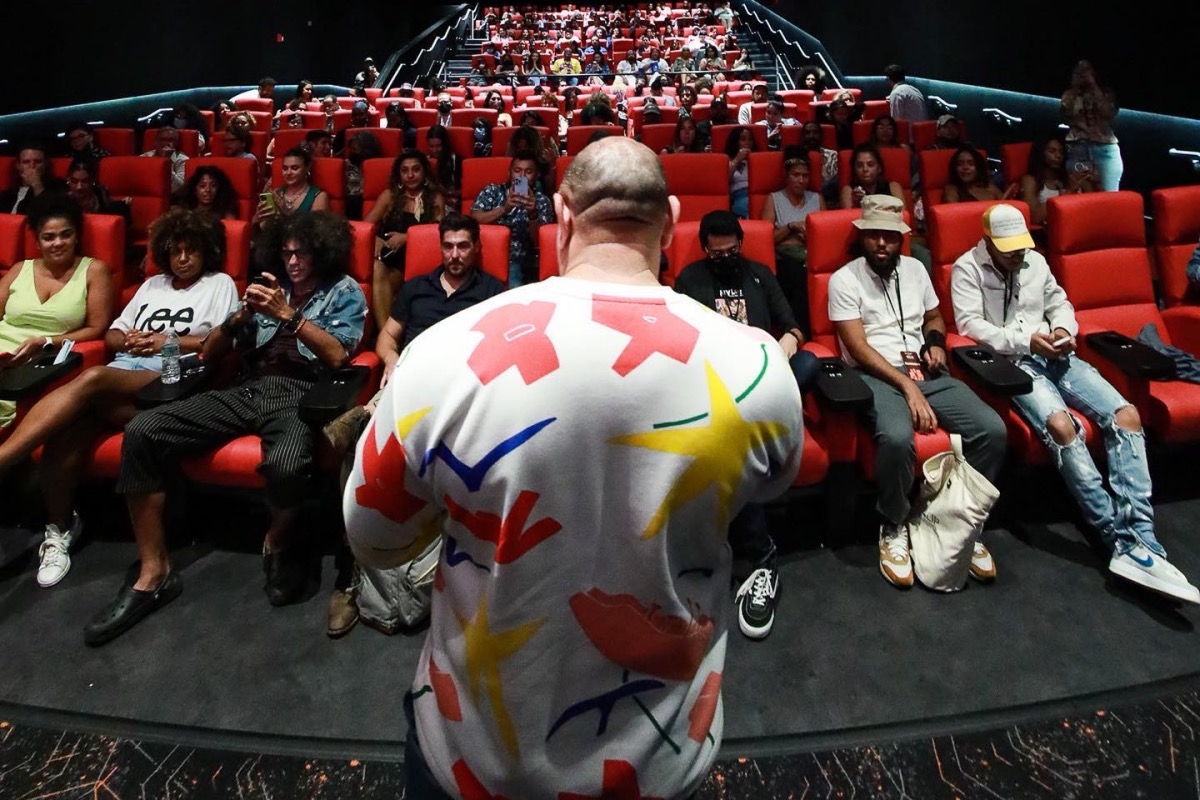 “A lot of people ask, ‘Did you first start off small?’ And I say, ‘Actually, it started pretty explosively,” said Calixto Chinchilla, founder of the New York Latino Film Festival (NYLFF), in a recent interview with Latino Rebels.

More than 20 years ago, Chinchilla was a “Latino filmmaker straight out of school, wanting to make a short film,” but he and his Black and Latino peers “didn’t have a place to show,” he said. “Tribeca didn’t exist at the time. There wasn’t really anything that… spoke to us. Yes, there are bigger festivals —maybe the New York Film Festival— but that’s Lincoln Center, right?”

It felt unattainable, and when they tried, well, “we get screwed over and you learn your lessons… The thought was, ‘Well, what if I didn’t have to learn these lessons by myself? What if there was a place where creators of color and Latinos could find a safe space where we can really learn from each other and learn what we were doing?”

Creating that space was one of the reasons why he started NYLFF.

Another big reason was to “build audiences for the work.” When he was just starting, he recounts, “we literally had to build an audience from the ground up and explain to a community the intention of a Latino film festival, because they have never heard of it.”

Chinchilla and his team were showing Latinx communities the power of their viewing habits, recounting how they would “teach these people that ‘yes, you belong here. And yes, your attendance, your body in a seat benefits us.'”

They’ve come a long way on that front, with Chinchilla recounting this moment from this year’s festival: “So we had a block party that was in Dyckman, and just everybody was outside. We had a full-blown concert, and we showed a movie after. But you never know how a crowd is going to quiet for a film… especially when you’re doing a whole big concert.”

When the lights went down, “the crowd just went silent… And I was just in awe… They were glued to this film,” he said. “You couldn’t tell them nothing in the streets of Manhattan, in Uptown New York. And I’ve never seen anything like it, I really haven’t.”

As an organizer, that moment helped him “walk out of this whole experience, again, still excited, still determined, still driven.”

Chincilla needs to feel that way because the road is long. Looking back on his 20 years in the film industry, there’s definitely some frustration.

“The compensation hasn’t changed much,” he explained. “As far as equity, money, the opportunity seats at that corporate table,” nothing much has budged. “We’re still at this situation where every victory, even the smallest one, means volumes. And every failure… it’s 10 steps back. We’re not at that place where maybe African American filmmakers are at where, if [say] Judas and the Black Messiah fails, there’ll be another black film that will come out. We’re not there yet.”

But Chincilla is an optimist, saying “I’ve seen change happen,” even as he admits it’s been “incremental.” He’s grateful to have a growing voice in the industry where we Latinx people can call up partners and studios and let them know if something is right, where the Agency NYLFF can get nominated for an Emmy for its work on educating the community around COVID.

Plus, as he puts it, “we kind of started at this game late… Latinos, we didn’t really start making waves until the early 2000s. It takes time, but it also takes pressure and perseverance to keep it going… I’m in this to run a marathon.” And that’s what he’s been doing, using his New York background and the expansive definition of Latinidad that goes with it “as a superpower.”

NYLFF is continuing to grow, featuring diverse creators—not just along racial and gender lines, but also in what they’re making. Chincilla approaches content with curiosity, whether it’s a traditional film or a TikTok video. He’s always looking for what’s “going to pop off” next, and he’s likely to find it.

Learn more about NYLFF at their website, including signing up for their upcoming events and initiatives.