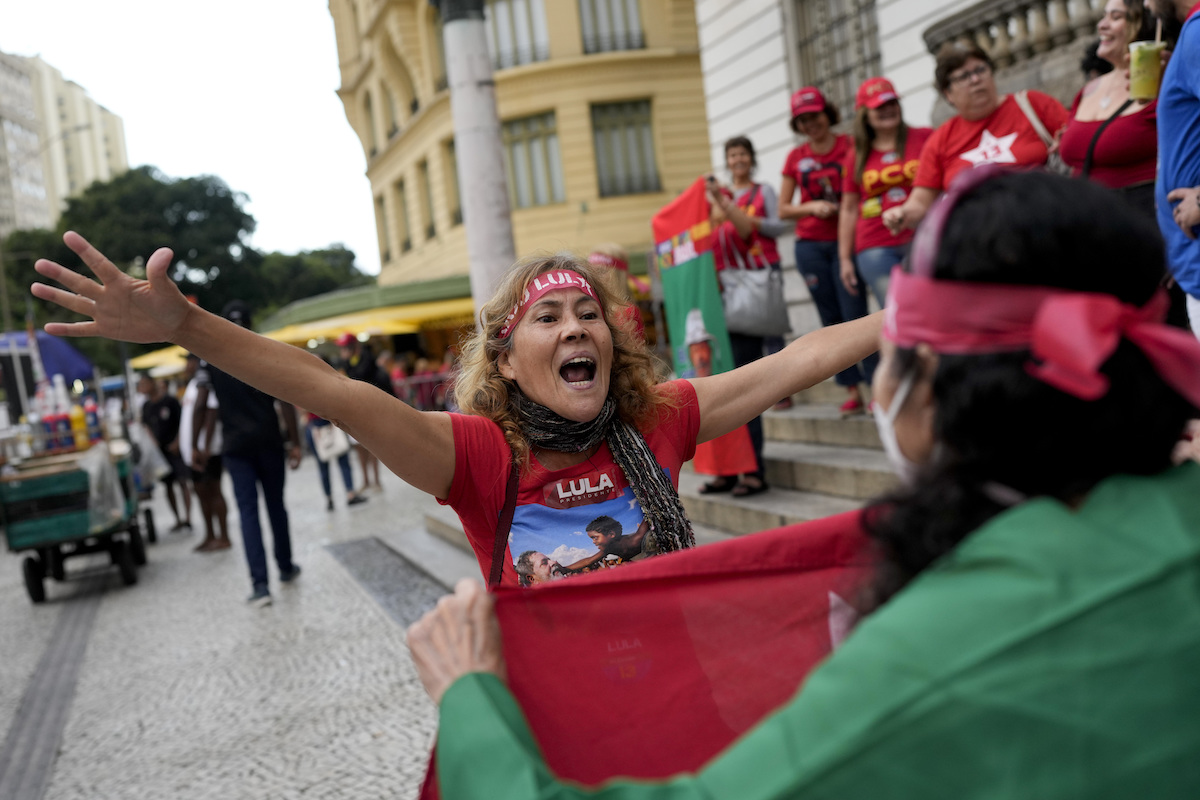 RIO DE JANEIRO (AP) — Former President Luiz Inácio Lula da Silva of the leftist Workers’ Party got the most votes in Brazil’s presidential election Sunday, but not enough to avoid a runoff vote against his far-right rival, incumbent Jair Bolsonaro.

With 97% of the votes tallied, da Silva had 47.9% support and Bolsonaro 43.6%. Since neither candidate received more than 50% of the valid votes, which exclude spoiled and blank ballots, a second round vote between them will be scheduled for Oct. 30.

Brazil’s election authority announced late Sunday that a second round was a mathematical certainty.

The highly polarized election will determine whether the country returns a leftist to the helm of the world’s fourth-largest democracy or keeps the far-right leader in office for another four years.

Bolsonaro’s administration has been marked by incendiary speech, his testing of democratic institutions, his widely criticized handling of the COVID-19 pandemic and the worst deforestation in the Amazon rainforest in 15 years. But he has built a devoted base by defending conservative values and presenting himself as protecting the nation from leftist policies that he says infringe on personal liberties and produce economic turmoil.

Da Silva is credited with building an extensive social welfare program during his 2003-2010 tenure that helped lift tens of millions into the middle class. He is also remembered for his administration’s involvement in vast corruption scandals and his own convictions, which were later annulled by the Supreme Court.

Recent opinion polls had given da Silva a commanding lead—the last Datafolha survey published Saturday found a 50% to 36% advantage for da Silva among those who intended to vote. It interviewed 12,800 people, with a margin of error of 2 percentage points.

The election wound up being far tighter than anticipated, both in the presidential contest and those for governorships and congressional seats.

“The far-right has shown great resilience in the presidential and in the state races,” said Carlos Melo, a political science professor at Insper University in Sao Paulo.

“It is too soon to go too deep, but this election shows Bolsonaro’s victory in 2018 was not a hiccup,” he added.

Despite his controversies, Bolsonaro has built a devoted base by defending conservative values, rebuffing political correctness and presenting himself as protecting the nation from leftist policies that he says infringe on personal liberties and produce economic turmoil.

While voting earlier Sunday, Marley Melo, a 53-year-old trader in capital Brasilia, sported the yellow of the Brazilian flag, which Bolsonaro and his supporters have coopted for demonstrations. Melo said he is once again voting for Bolsonaro, who met his expectations, and he doesn’t believe the surveys that show him trailing.

“Polls can be manipulated. They all belong to companies with interests,” he said.

A slow economic recovery has yet to reach the poor, with 33 million Brazilians going hungry despite higher welfare payments. Like several of its Latin American neighbors coping with high inflation and a vast number of people excluded from formal employment, Brazil is considering a shift to the political left.

Bolsonaro has repeatedly questioned the reliability not just of opinion polls, but also of Brazil’s electronic voting machines. Analysts fear he has laid the groundwork to reject results.

At one point, Bolsonaro claimed to possess evidence of fraud, but never presented any, even after the electoral authority set a deadline to do so. He said as recently as September 18 that if he doesn’t win in the first round, something must be “abnormal.”

Da Silva, 76, was once a metalworker who rose from poverty to the presidency and is credited with building an extensive social welfare program during his 2003-2010 tenure that helped lift tens of millions into the middle class.

But he is also remembered for his administration’s involvement in vast corruption scandals that entangled politicians and business executives. 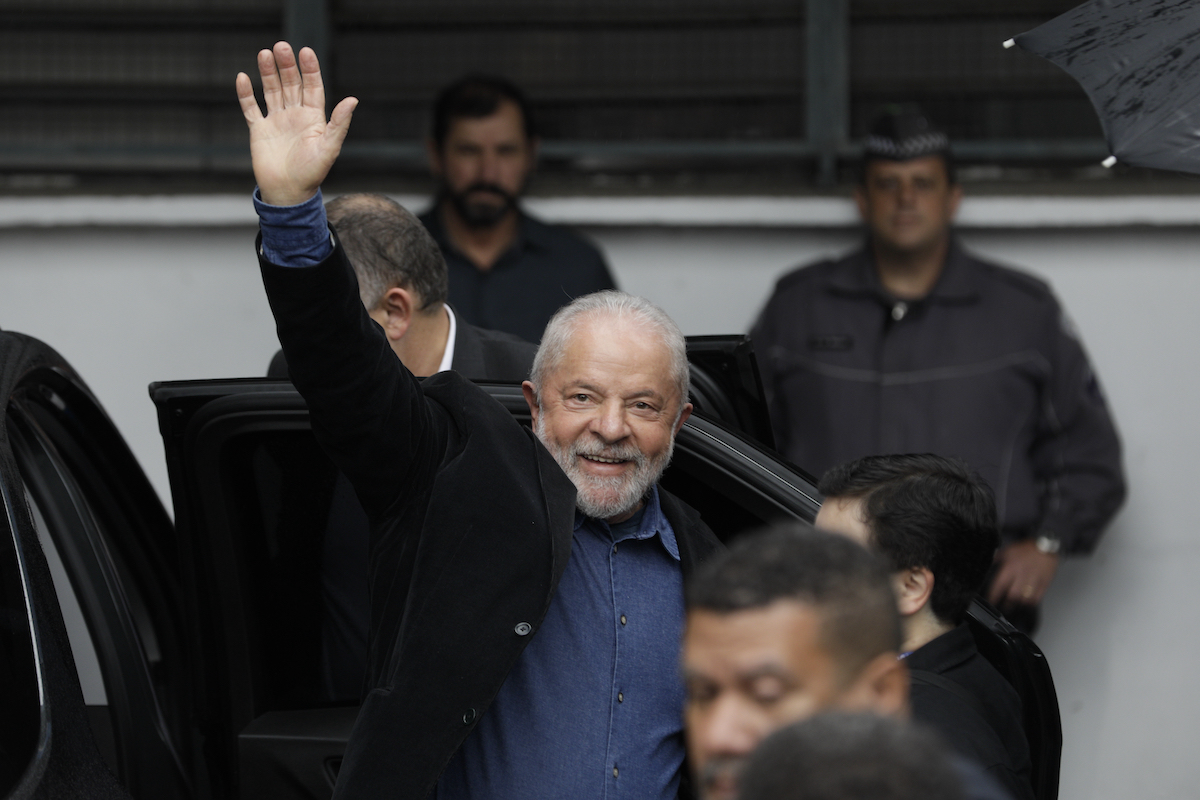 Social worker Nadja Oliveira, 59, said she voted for da Silva and even attended his rallies, but since 2018 she had voted for Bolsonaro.

“Unfortunately the Workers’ Party disappointed us. It promised to be different,” she said in Brasilia.

Others, like Marialva Pereira, are more forgiving. She said she would vote for the former president for the first time since 2002.

“I didn’t like the scandals in his first administration, never voted for the Workers’ Party again. Now I will because I think he was unjustly jailed and because Bolsonaro is such a bad president that it makes everyone else look better,” said Pereira, 47.

Speaking after casting his ballot in Sao Bernardo do Campo, the manufacturing hub in Sao Paulo state where he was a union leader, da Silva recalled that four years ago he was imprisoned and unable to vote.

Bolsonaro grew up in a lower-middle-class family before joining the army. He turned to politics after being forced out of the military for openly pushing to raise servicemen’s pay. During his seven terms as a fringe lawmaker in Congress’ lower house, he regularly expressed nostalgia for the country’s two-decade military dictatorship.

His overtures to the armed forces have raised concern that his possible rejection of election results could be backed by top brass. 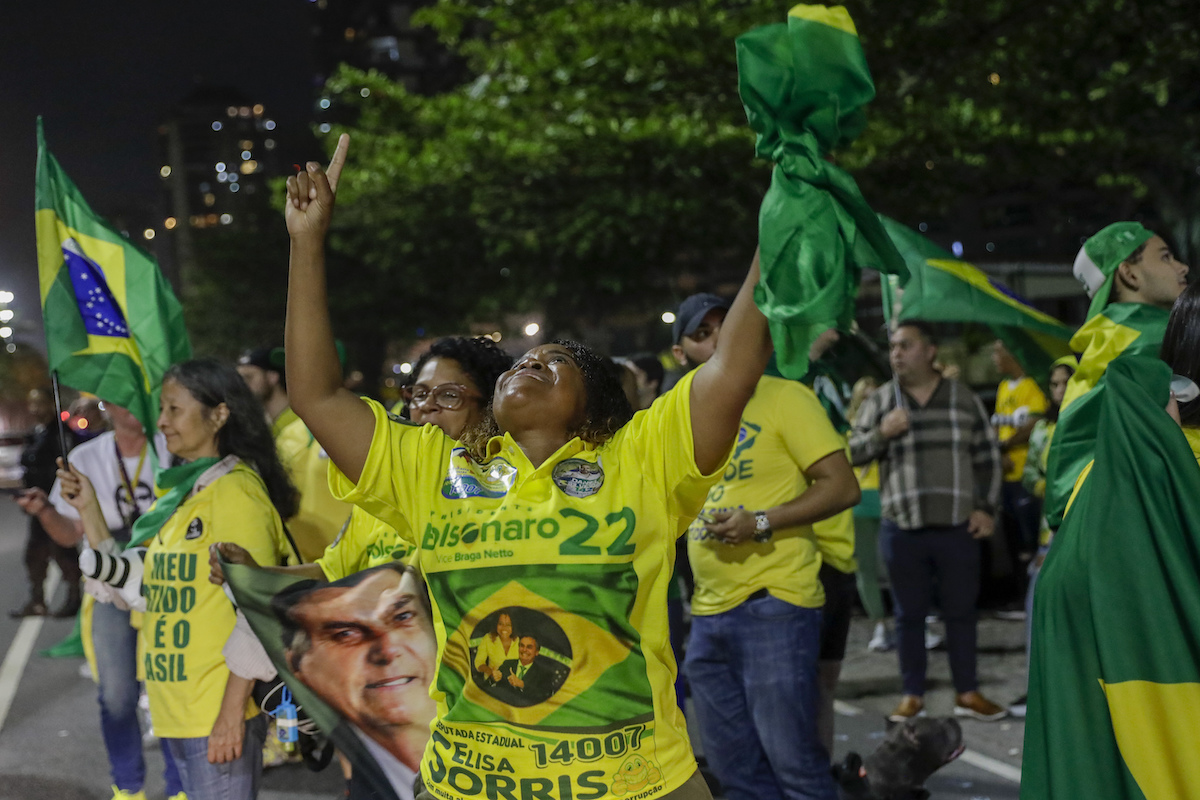 After voting Sunday morning, Bolsonaro told journalists that “clean elections must be respected” and that the first round would be decisive. Asked if he would respect results, he gave a thumbs up and walked away.

Leda Wasem, 68, had no doubt Bolsonaro will not just be reelected. Wearing a jersey of the national soccer squad at a polling place in downtown Curitiba, the real estate agent said an eventual da Silva victory could have only one explanation: fraud.

“I wouldn’t believe it. Where I work, where I go every day, I don’t see a single person who supports Lula,” she said.