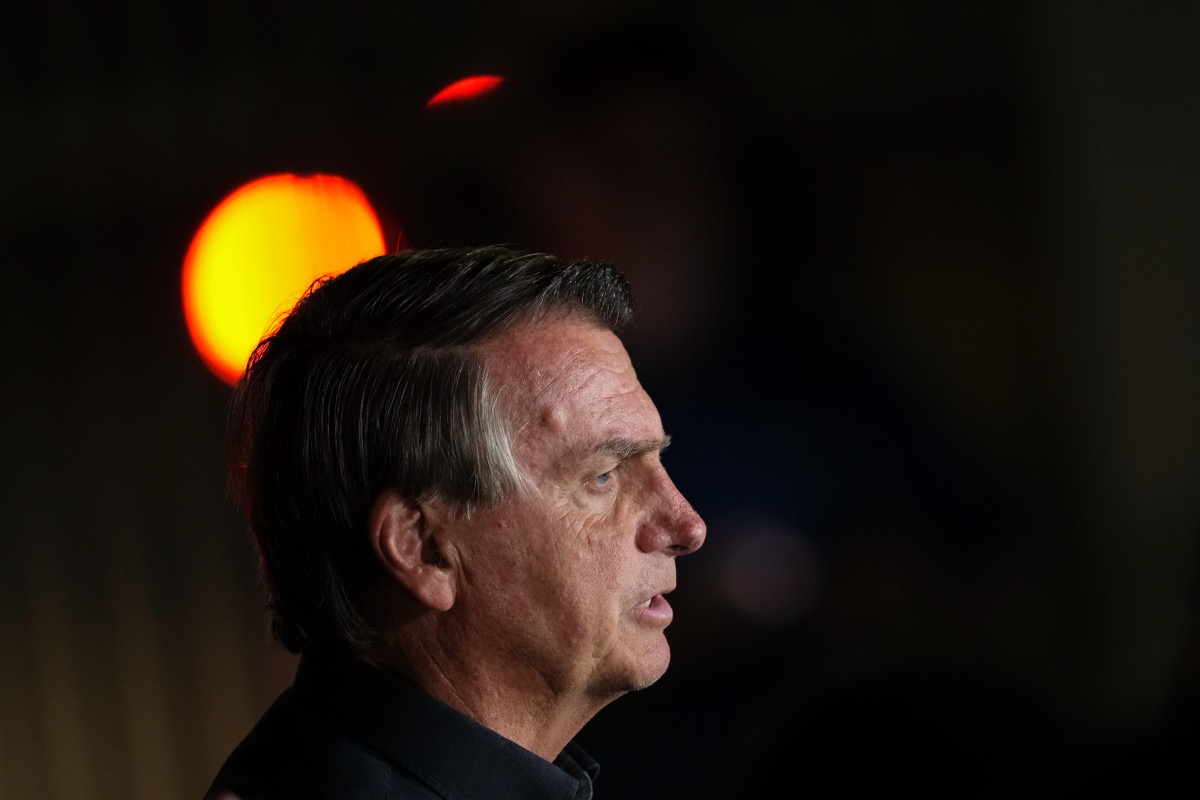 Marcelo de Arruda was celebrating his 50th birthday at a pro-Workers’ Party (PT) event when a man later identified as Jorge José da Rocha Guaranho drove past the venue, got out of his car, and began provoking attendees. After a brief argument, Guaranho returned to his car, grabbed a gun, and shot Arruda dead while shouting in favor of President Jair Bolsonaro.

Arruda, a municipal guard and PT treasurer, was still able to fight back and wound Guaranho, a law enforcement officer, before he could shoot more people.

This is just one in a myriad of violent instances in lead-up to the first round of voting in Brazil’s presidential election on Sunday, October 7, in which Bolsonaro secured a run-off election with PT candidate and former president Lula Da Silva.

Less than a week after the assassination of Arruda, a campaign event held by the Lula-backed candidate for governor of Rio de Janeiro, Marcelo Freixo, was interrupted by Bolsonaro supporters. State congressperson Rodrigo Amorim and some goons, carrying guns, made threats to those present and tore up party flags.

Days before the election, a homemade bomb containing feces was detonated in the middle of a Lula rally. No one was injured, and the assailant was arrested.

In June, a drone sprayed faces, urine, and pesticide on Lula supporters ahead of a meeting between him and the former mayor of Belo Horizonte.

The campaign office of state congressman Emídio de Souza (PT-São Paulo) was attacked by a Bolsonaro supporter who invaded the space, destroyed campaign materials, and assaulted a supporter. In Santa Catarina, in the south of the country, Hildo Henker, a Bolsonaro supporter, was stabbed to death by a PT supporter in a bar fight.

On election day, a supporter of Bolsonaro fired from a car toward a polling station in Salvador, in the northeastern state of Bahia. The bullets did not hit anyone, but a woman was injured in the rush.

Even in Geneva, Switzerland, the police had to intervene when a group of Bolsonaro supporters screaming “Communists!” tried to attack Lula supporters as they tried casting their votes abroad.

The growing violence reflects the hate campaign promoted by Bolsonaro and his supporters online and off. Speeches made by the president seek not only to stir up anger and incite violence but have also repeatedly threatened a coup d’état if he loses the election.

In the weeks and days preceding the election, several more cases of political violence by Bolsonaro supporters against Lula’s supporters have been recorded by the media—including violence against pollsters, whose reporting is largely discounted by the president’s base.

Bolsonaro has systematically advocated violence since before he was elected. His record is one of defending the 21-year-long military dictatorship that ended in 1985, while attacking women, homosexuals, Indigenous people, and human rights defenders. While still an army captain in the ’80s, he planned a terrorist attack on a military base in Rio de Janeiro to press for a pay increase.

As a presidential candidate in 2018, Bolsonaro declared that he and his supporters would “fuzilar a petralhada“—that is, shoot members of the PT.

His supporters are responsible for creating a vast network of fake news websites, as well as profiles on social networks and channels on apps like WhatsApp and Telegram, which led the Supreme Court to open an official investigation, causing some of those responsible to either flee the country or be jailed. Through this wide network, the president is able to spread his hate speech, and the result can be seen in the streets and in the acts of violence committed against PT supporters and others.

On June 5, British journalist Dom Phillips and indigenist Bruno Pereira disappeared in the Javari region of the Amazon forest, an area disputed by local Indigenous tribes, loggers, illegal miners, illegal fishermen, and organized crime. Phillips and Pereira had been receiving threats for trying to protect the forest and aid Indigenous communities while those threatening them had the full support of President Bolsonaro, who, since elected, has been doing all he can to reduce forest protections and encourage further destruction, including by supporting illegal activities.

Pereira who had been head of Isolated and Newly Contacted Indigenous People at the National Indian Foundation, was fired from his post in October 2019 at Bolsonaro’s behest and under the connivance of his then-minister of justice, Sérgio Moro. Since Bolsonaro’s election, the Amazon region has been increasingly exploited and destroyed.

A few days after their disappearance, Phillips’ and Periera’s bodies were found, but their families are still waiting for justice.

Despite a clear asymmetry, however, the tense atmosphere is not entirely the responsibility of the pro-Bolsonaro camp, as fake news is also shared among the supporters of former president and current candidate Lula da Silva. Dirty campaigns against political opponents and intimidation on social media are a hallmark of PT supporters, too.

Lula himself recently thanked a former PT councilman for pushing a pro-Bolsonaro businessman against a truck. Manoel Marinho was jailed for seven months for the crime.

While it is true that Brazil is notably a violent country and that political crime has increased —23 percent between 2020 and 2022— political violence usually hits politicians and supporters involved in local disputes.

What is new is the “national” character of the violence that is beginning to grow as President Bolsonaro threatens a coup d’état if he does not emerge victorious in this month’s presidential elections —Lula currently leads Bolsonaro in Sunday’s vote count 48.4 percent to 43.2 percent, with a run-off election between the two scheduled for Sunday, October 30— and the Armed Forces itself has sided with the president by making similar threats against other institutions.

It is worth remembering that Bolsonaro has attacked Brazil’s electoral process and even kept groups camped in front of the Supreme Court.

While the threat that Bolsonaro poses to Brazilian democracy is unequaled, the Worker’s Party bears its share of responsibility for having made Bolsonaro a viable candidate in the 2018 elections, for example, by advocating the “ideal second round,” believing that they would have an easy victory against the candidate singled out as a fascist—a bit like Hillary Clinton is said to have initially preferred a Trump candidacy to compete against above any other in the run-up to the 2016 presidential election in the United States. As with Clinton, the PT was wrong to prefer the more right-wing opponent, who was able to capitalize on the discontent against the Workers’ Party that spent more than a decade in power and, above all, legitimize the hatred of millions of people against minorities and democracy itself.

The many denunciations of corruption during the governments of Lula and his successor, Dilma Rousseff —such as the Mensalão scandal and Operation Lava Jato (Car Wash)— the violent repression of social movements in June 2013 and the consequent takeover of these movements and of trade unions that began to defend not the interests of the class but of the party, as well as the economic crisis in which the country plunged into during the Rousseff administration, are other factors that contributed to the climate of resentment with politics and created a space for angry, even violent speeches.

Both sides have tested the patience of the Brazilian public to its limit, and the future is worrying. It is possible that the country will enter a spiral of violence after the elections, or Bolsonaro could even refuse to leave office and call on the armed forces to carry out his dirty work.

Despite Lula’s partial victory on Sunday, Bolsonaro has been the big winner of the election so far, expanding his base of support in Congress and among allied governors, while seeing other supporters succeed in securing second-round showdowns.

In an extremely polarized country, a Bolsonaro victory would mean another four years of an unthinkable situation that would push Brazil to the brink.

Raphael Tsavkko Garcia is a journalist with a Ph.D in human rights (focused on migration and diaspora). His portfolio is here. Twitter: @Tsavkko