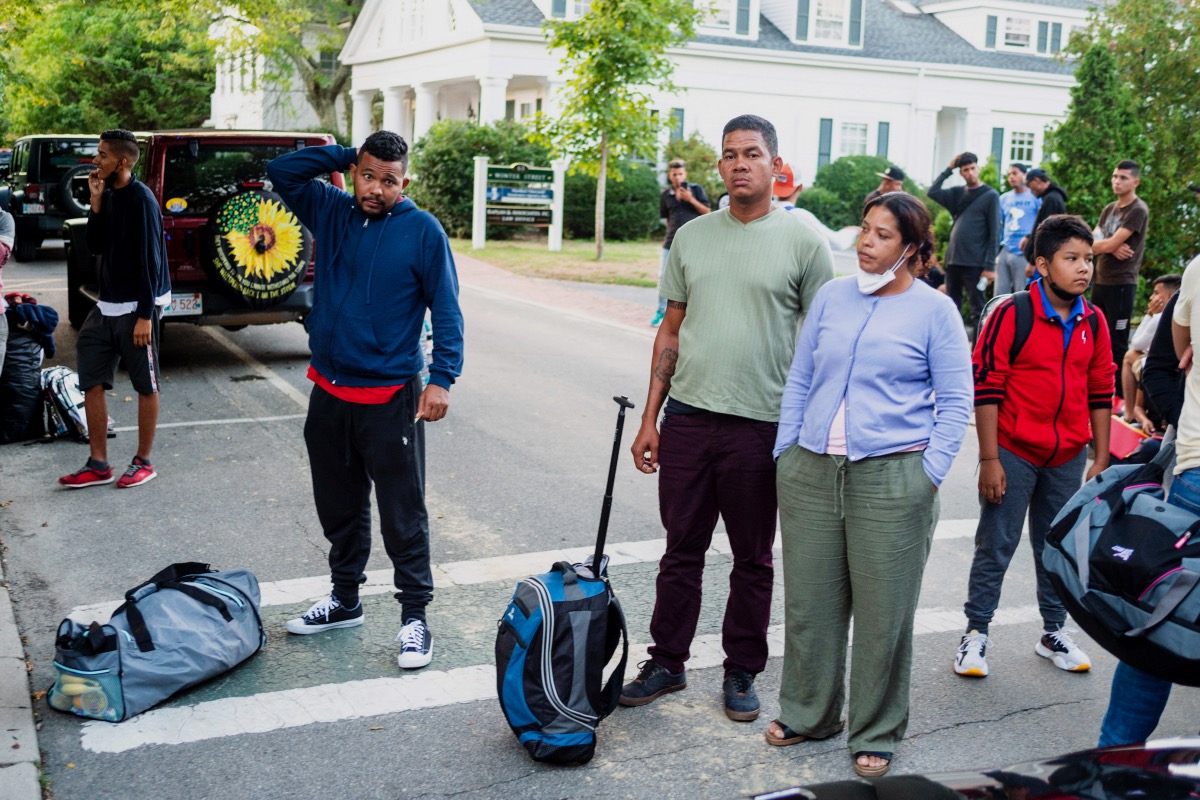 The New York Times reported late Sunday that a Venezuelan migrant who was working with Huerta to recruit migrants confirmed her identity, and a migrant in San Antonio whom Huerta had unsuccessfully sought to sign up identified a photo of her.

CNN reported that a friend of Huerta’s confirmed her identity in a photo provided by a migrant. Pictures have been circulating of the woman —known simply as “Perla” until now— after she allegedly recruited many of the 48 Venezuelan migrants outside a city-operated shelter in downtown San Antonio and moved them to a La Quinta Inn, before they were flown to the upscale Massachusetts island at the expense of Florida taxpayers.

The San Antonio Express-News, citing unnamed sources, reported Monday that the Bexar County Sheriff’s Office, which includes San Antonio, considers Huerta, 43, a “person of interest” in its criminal investigation into the incident.

Sheriff’s office spokesman Johnny Garcia said in a statement Monday the office had not confirmed or identified any persons of interest in the ongoing investigation. Asked about Huerta, Garcia had told the Express-News: “We are not publicly identifying anybody.”

The Associated Press tried numerous phone numbers and emails for potential matches for Perla H. Huerta or possible relatives, but got no answer or the lines were disconnected.

Bexar County Sheriff Javier Salazar has said he’s looking into whether the migrants were lied to or if the two flights last month broke any laws. Some migrants have said they were lured with McDonald’s gift cards and promises of jobs and housing that never materialized.

U.S. Army spokesperson Madison Bonzo confirmed to the AP that a Perla H. Huerta left the military in August and served as a combat medic and worked in counterintelligence. She held the rank of master sergeant when she left the service and had deployed to Iraq, Afghanistan, and Djibouti.

DeSantis said he used contractors for the operation, but he has refused to release details or the contracts.